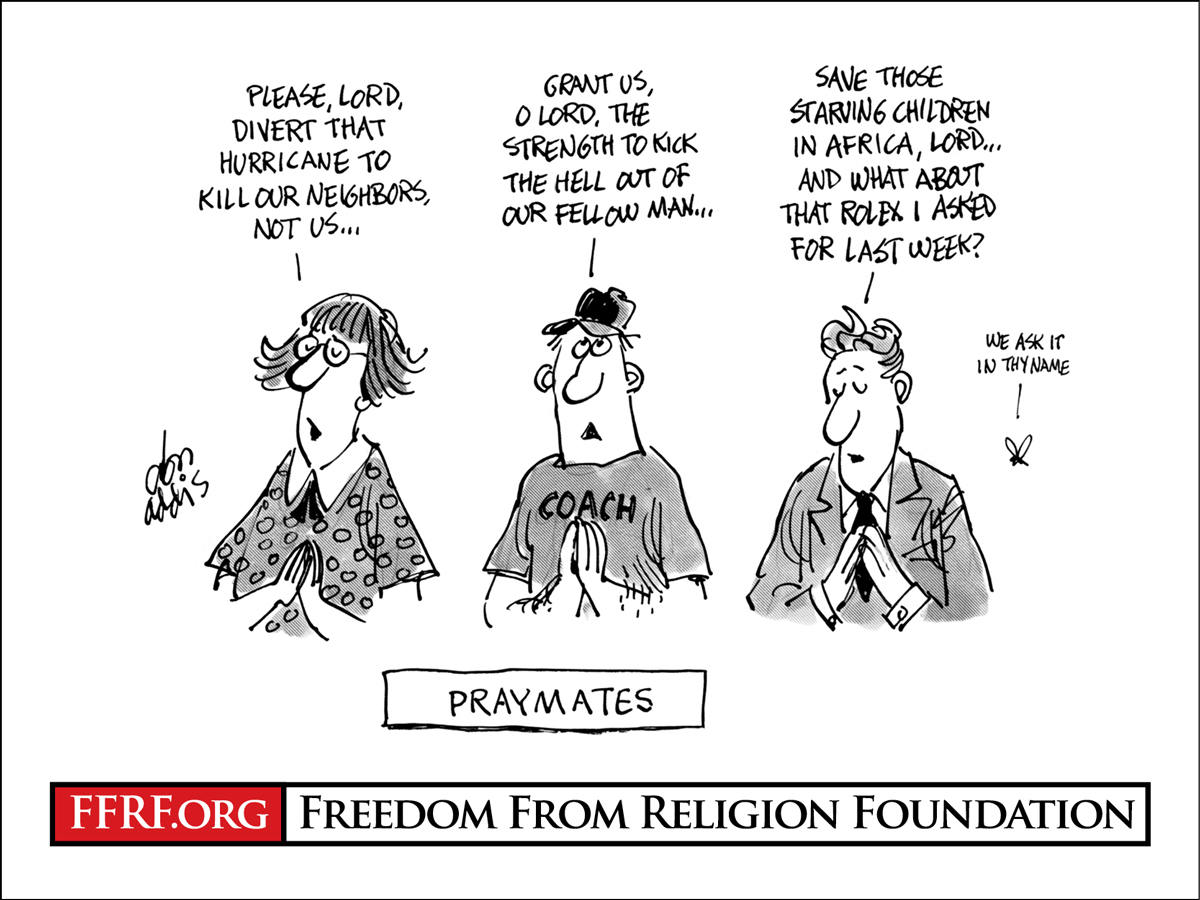 The Freedom From Religion Foundation has stopped an Iowa public school coach from propagating a Christian message to his football players.

“By allowing a coach to promote his Christian views, the district alienates non-Christian students, teachers and parents whose religious beliefs are inconsistent with his, including the 38 percent of Americans born after 1987 who are not religious,” FFRF Legal Fellow Karen Heineman wrote to the school district. “By promoting Christianity, the school-sponsored football team sends a message that a religious belief is preferred, which is prohibited by the Establishment Clause.”

In a response from the school district, FFRF was informed that the principal met quickly with the coach to ensure that he will no longer be encouraging or promoting religion. The school district will also consider staff training, if needed, in the future.

“Our tipoff had the desired effect,” says FFRF Co-President Dan Barker. “We applaud the school district for being so responsive.”

The Freedom From Religion Foundation is a national state/church watchdog organization that has over 35,000 members nationwide, including hundreds of members in Iowa. Its purposes are to protect the constitutional principle of separation between state and church and to educate the public on matters relating to nontheism.