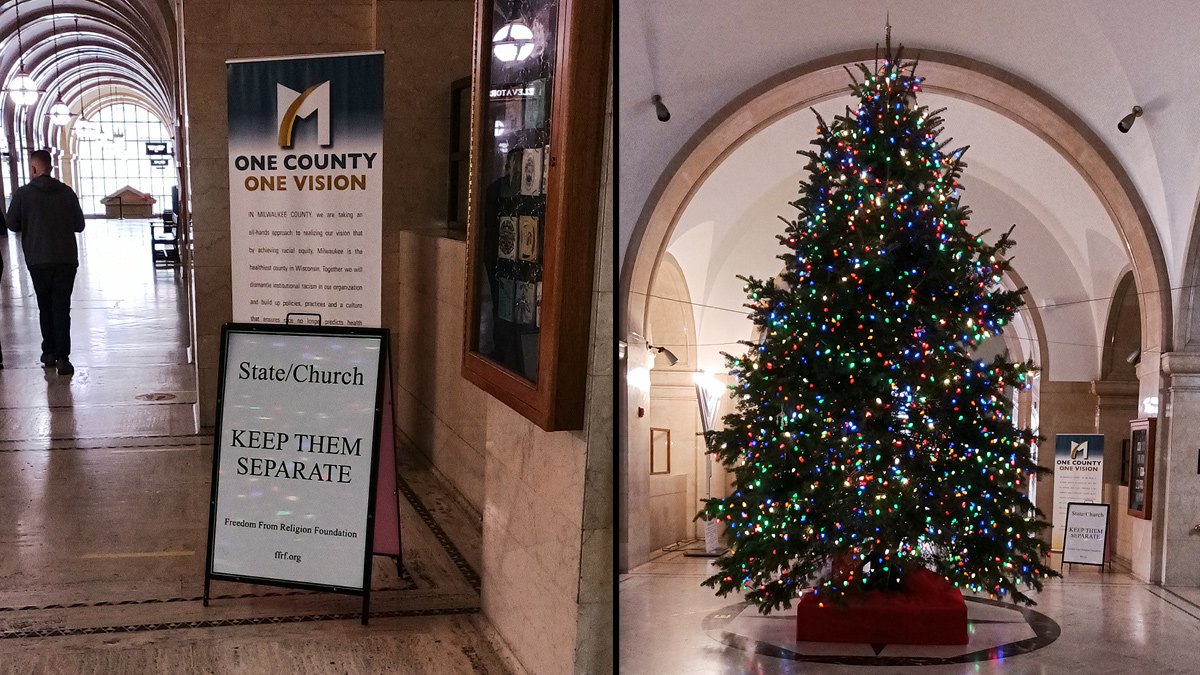 The Freedom From Religion Foundation’s secular sign is back in the Milwaukee County Courthouse for the season.

FFRF has placed the message in the courthouse previously alongside devotional displays to emphasize that nonreligion must be given space alongside religion in public forums. A Winter Solstice sign was previously put in the courthouse to counteract a nativity scene placed there in 2009. The state/church watchdog’s sign is now placed next to a massive holiday tree and will be up until Jan. 1.

“A public space in order to be truly public needs to be all-inclusive,” says FFRF Co-President Annie Laurie Gaylor. “People of no faith, an ever-growing share of the population, deserve to make our presence felt.”

The simple but powerful display reads, “State/Church. Keep them separate.” A study has revealed that over one in four (26 percent) Milwaukee County residents is nonreligious.

FFRF put up the display with the help of member Ted Shellhamer and his son.

The Freedom From Religion Foundation, a national state/church watchdog based in Madison, Wis., has approximately 35,000 nonreligious members and several chapters all over the country, including over 1,500 members and a chapter in Wisconsin. Our purposes are to protect the constitutional principle of separation between state and church, and to educate the public on matters relating to nontheism.