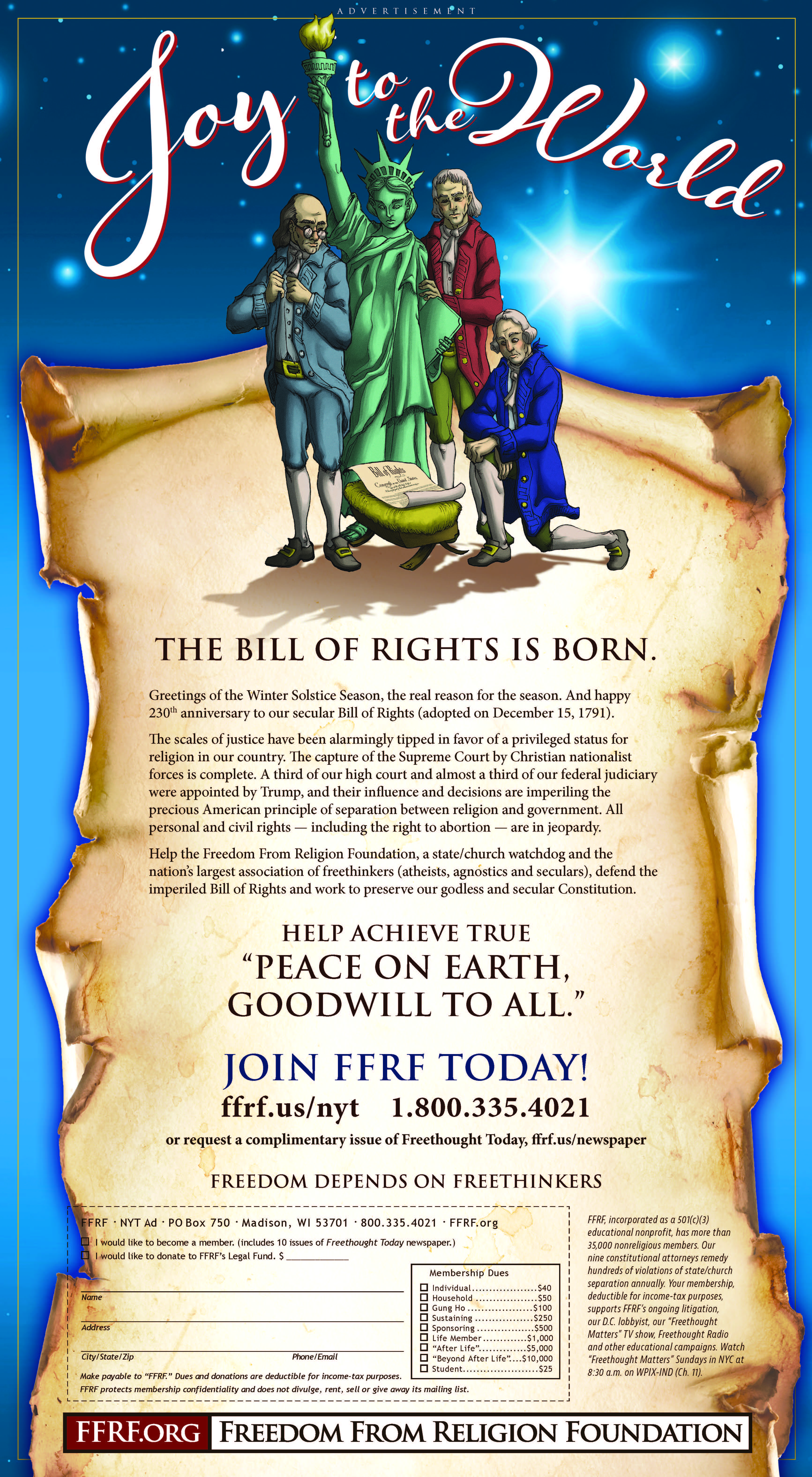 ratification of the Bill of Rights Day on Dec. 15. The full-page ad appears in the main news section.

Headlined “Joy to the World . . . A Bill of Rights is born,” the ad features a Bill of Rights “nativity scene” by artist Jacob Fortin, depicting three of the Founders and the Statue of Liberty gazing adoringly at a manger containing the Bill of Rights. FFRF has adopted the image to counter Nativity scenes on government property.

“The scales of justice have been alarmingly tipped in favor of a privileged status for religion in our country. The capture of the Supreme Court by Christian nationalist forces is complete. A third of our high court and almost a third of our federal judicary were appointed by Trump, and their influence and decisions are imperiling the precious American principle of separation between religion and government. All personal and civil rights — including the right to abortion — are in jeopardy.”

“One of the biggest myths we have to surmount in this country is this misconception that the majority rules in matters of religion,” comments Annie Laurie Gaylor, FFRF co-president. “The Bill of Rights places individual liberties and freedom of conscience above the fray of tyranny of the majority. And that is something to truly revere — and celebrate!”

FFRF’s advertising is made possible thanks to kind donors. Your gift designated for advertising, deductible for income-tax purposes, will go to work.

The Freedom From Religion Foundation is a national nonprofit organization with more than 35,000 members and several chapters all over the country. Our purposes are to protect the constitutional principle of separation between state and church, and to educate the public on matters relating to nontheism.