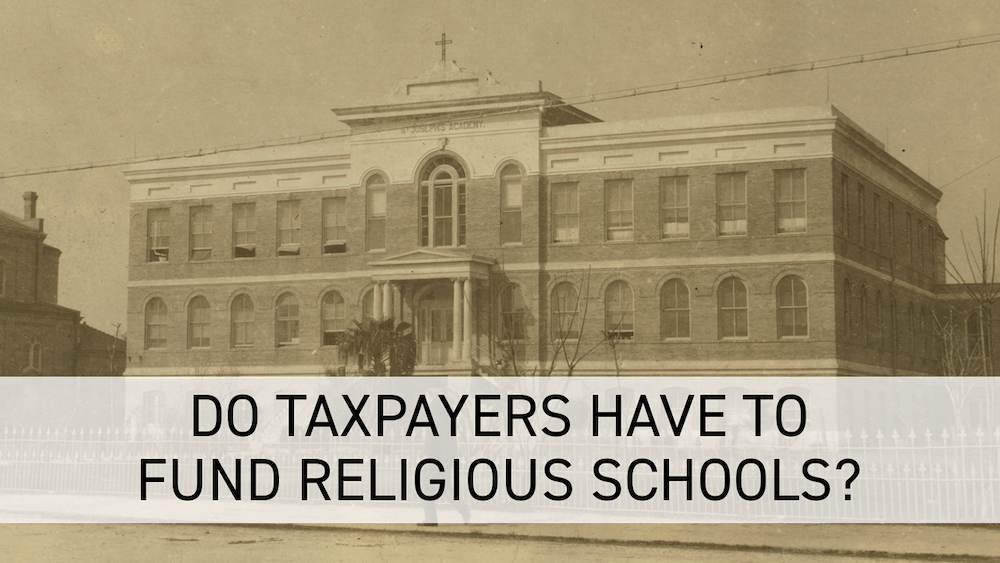 The U.S. Supreme Court held oral arguments today in a challenge that seems poised to further erode the besieged wall of separation between state and church.

In Carson v. Makin, the court will decide whether Maine may exclude sectarian schools from a program intended to provide a public education to rural students.

The plaintiffs want to use state money to send their children to Christian schools that provide religious instruction. One of the schools in question, Bangor Christian School, has a mission of instilling a biblical worldview that is “completely intertwined” with the curriculum and identifies the bible as its “final authority in all matters.”

The 1st U.S. Circuit Court of Appeals concluded that the “nonsectarian” requirement in the state’s tuition assistance program did not exclude religious schools based on their religious status, but rather protected the state’s interest in only supporting nonreligious education. Thus, religious schools are excluded from Maine’s program not based upon what they are or what they believe, but solely based on what they propose to do with taxpayer money.

Questions from the six ultraconservative justices on the Supreme Court indicate that they are willing to rule that limitations on funding religious instruction are in violation of the First Amendment.

Justice Brett Kavanaugh, for instance, stated outright: “Discriminating against all religions versus secular is itself a kind of discrimination that the court has said is odious to the Constitution.”

This assertion doesn’t correspond to reality, as the state of Maine explained.
“They are not being discriminated against, they simply are not being offered a benefit that no family in Maine is entitled to,” Maine Chief Deputy Attorney General Christopher Taub said during the oral arguments.

The Freedom From Religion Foundation has filed an amicus brief with the court that has highlighted the important interests at play. First, the Founders adopted the First Amendment to ensure that taxpayers are not compelled to subsidize a religion that is not their own. And, second, the “no aid” principle avoids government entanglement with religious education and the government oversight that must necessarily be coupled with state funding.

“Based on the questions posed by the justices at oral argument, the Supreme Court appears poised to read the Establishment Clause out of the Constitution entirely,” notes FFRF Associate Counsel Sam Grover. “Some of the justices demonstrated such a complete lack of regard for the separation of church and state that they could not even acknowledge Maine’s legitimate interest in providing students with a secular education.”

The portents from the highest court in the land are troubling.

“It is a defining feature of our secular republic that citizens may not be taxed or tithed to support religion,” FFRF Co-President Annie Laurie Gaylor remarks. “The Trump Court is so extremely tilted that it appears willing to privilege religion at the expense of this foundational principle.”

Our prior news release on the case can be read here.