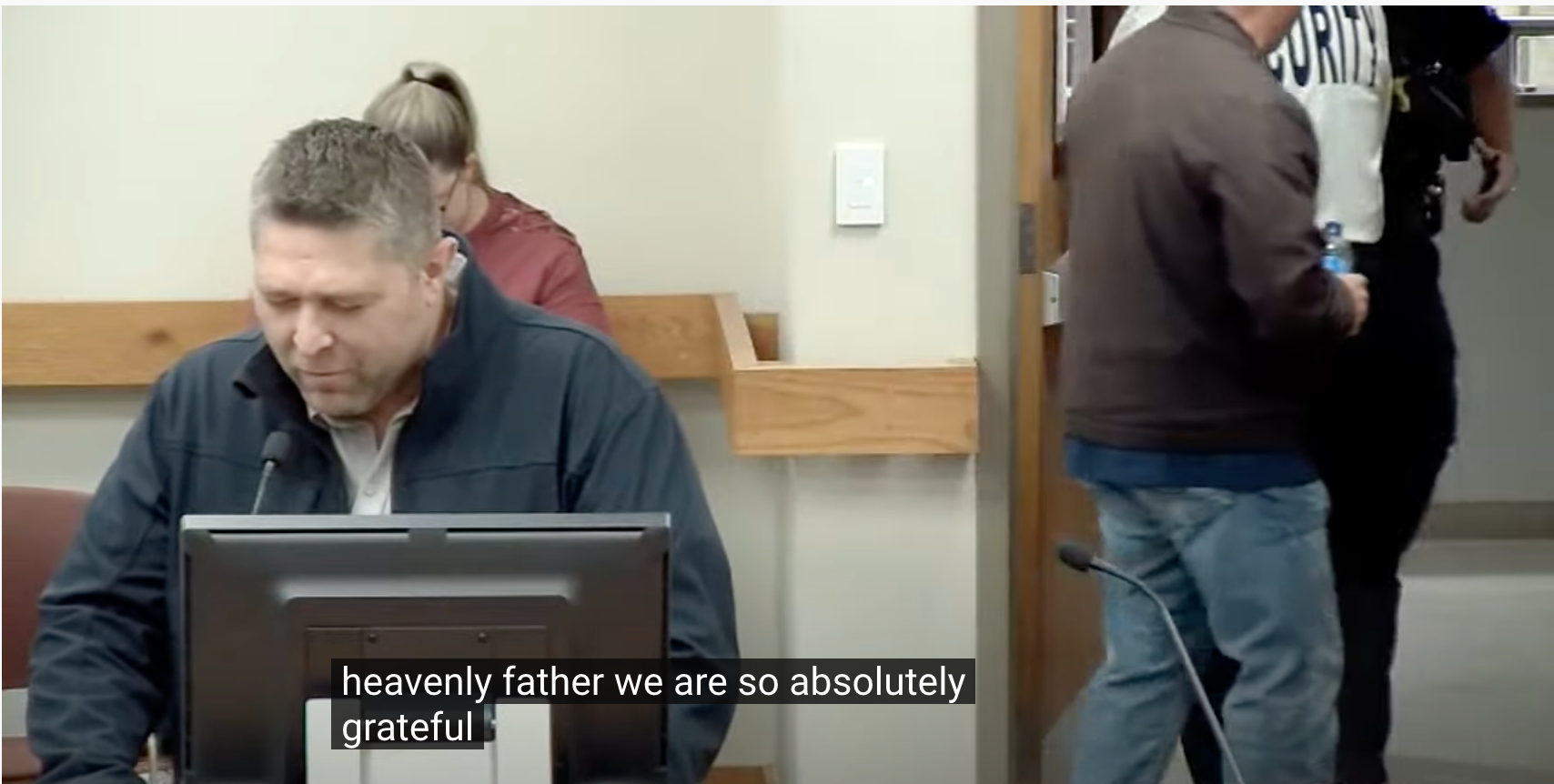 FFRF is insisting that a South Dakota school board cease its recent practice of injecting prayer into its meetings.

A concerned local parent contacted FFRF to report that the Rapid City Area Schools Board started a new tradition in October by opening its meeting on the 5th of that month with prayer, including references to a “heavenly father.” This continued in November. A video of the Nov. 2 meeting recorded the invocation delivered by Pastor James Moore from 2 Journey Church:

Good evening, everyone, would you pray with me. Heavenly Father, we are so absolutely grateful for our leadership. We are so thankful for our president and for this board. Lord, those you have placed here, we know that no one in leadership is there without being placed by you. Lord, tonight more than anything, we ask that each one of these members and our superintendent and staff, Lord, would feel the presence of God, would be blessed tonight to know we appreciate them and, Lord, that you have your hand on them.

Students are present at the board meetings as reflected in the agendas.

“Students and parents have the right — and often have reason — to participate in school board meetings,” FFRF Legal Fellow Karen Heineman writes in a letter to Rapid City Area Schools Board of Education President Katherine Thomas. “Requiring nonreligious citizens to make a public showing of their nonbelief by not participating or to display deference toward a religious sentiment in which they do not believe, but which their school board members do, is coercive, embarrassing and intimidating.”

School board prayers do not serve a secular purpose, are coercive to students, entangle the purpose of public school education with religion and are unnecessary toward furthering any school board duty or responsibility, FFRF contends.

And the Supreme Court has consistently struck down prayers offered at school-sponsored events, FFRF adds. Scheduling or conducting prayer as part of its meetings is beyond the scope of a public school board and violates the Establishment Clause of the First Amendment.

“The Rapid City Area Schools Board is imparting the wrong lessons to its students,” says FFRF Co-President Annie Laurie Gaylor. “Surely, it should instead be diligent in educating students and the community about the fact that America was first in history to adopt an entirely secular Constitution, leaving religion out of government functions.”

FFRF is a national nonprofit organization with more than 35,000 members, including members in South Dakota. Our purposes are to protect the constitutional principle of separation between state and church, and to educate the public on matters related to nontheism.