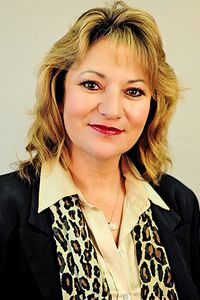 A Montana state senator’s religion-inspired bigotry is deplorable, and her willful obliviousness makes it even more so, the Freedom From Religion Foundation declares.

At a recent rally in Clinton, Mont., while defending a pastor accused of hate speech and ethics violations, state Sen. Theresa Manzella reportedly

A Montana state senator’s religion-inspired bigotry is deplorable, and her willful obliviousness makes it even more so, the Freedom From Religion Foundation declares.

At a recent rally in Clinton, Mont., while defending a pastor accused of hate speech and ethics violations, state Sen. Theresa Manzella reportedly said that members of the LGBTQ community “like to play the protected class card and they’re the minority and they’re discriminated against, and they’re scared to walk down the street hand in hand. I’ve got to tell you, I think those are normal consequences associated with the choices they made. We don’t prevent them from doing that.”

Manzella’s “clarification” following an intense backlash hasn’t done much to improve matters. A transcript provided by her on Facebook states: “As far as being minority — My rights are given to me — the individual — BY GOD, and protected by the Constitution.” She also argues in this transcript that her “right to live a righteous lifestyle based on [your] sincerely held religious beliefs does not end where [others’] choice to live a perverse lifestyle begins. [Others’] decision to be perverse does not trump [your] right to be righteous. . . . You wanna know how to fix America? Put Jesus back in all the places you’ve asked him to leave. School, government, your home, your church and your heart.”

Manzella must retract her recent harmful and misguided statements, FFRF is respectfully urging.

“Your comments suggesting that same-sex Montanan couples should live in fear when in public are abhorrent, intolerant and fundamentally un-American,” FFRF Co-Presidents Dan Barker and Annie Laurie Gaylor write to Manzella. “Scientific evidence demonstrates that sexual orientation is not an exclusively learned or chosen behavior, as you suggest. Your rejection of this consensus is not mere ignorance, but, instead, a willful choice of bigotry toward fellow Americans.”

Manzella’s statement demanding that we “put Jesus back in all the places [we’ve] asked him to leave” is a blatantly unconstitutional attempt to impose her personal religion onto other Americans, FFRF emphasizes. The First Amendment’s very first clause bars the establishment of an official religion and creates a wall of separation between state and church.

One of the principles that made the U.S. Constitution so revolutionary was the acknowledgment of the Enlightenment ideal to recognize and protect fundamental human rights, as opposed to the un-American notion (referred to by Manzella) that the Christian god gives only believers such rights, FFRF stresses. Notwithstanding the rhetorical flourish in the Declaration of Independence (“endowed by their creator”), our constitutional rights do not depend on theology.

The United States of America is ultimately an experiment in the benefits of human toleration, cooperation and coexistence, FFRF underscores. LGBTQ Montanans deserve the basic human dignity and respect that is intrinsically owed to everyone in our country, the most basic right of which is to be able to live their lives without fear of violence. And they deserve to be represented by their elected senators such as Manzella, FFRF’s letter concludes. The state/church watchdog insists that Manzella take the time to learn about the document she purports to revere so much — the U.S. Constitution — and commit to upholding her oath of office by standing up for all Montanans, not just those who share her personal religious beliefs.

In a response that further demonstrates her cluelessness, Manzella has emailed this reply to FFRF’s letter: “There is no Freedom From Religion constitutional principle, nor does the Constitution reference separation of church and state. God bless.”

The Freedom From Religion Foundation is a national nonprofit organization with more than 35,000 members across the country, including many members in Montana. FFRF protects the constitutional separation between state and church and educates about nontheism.