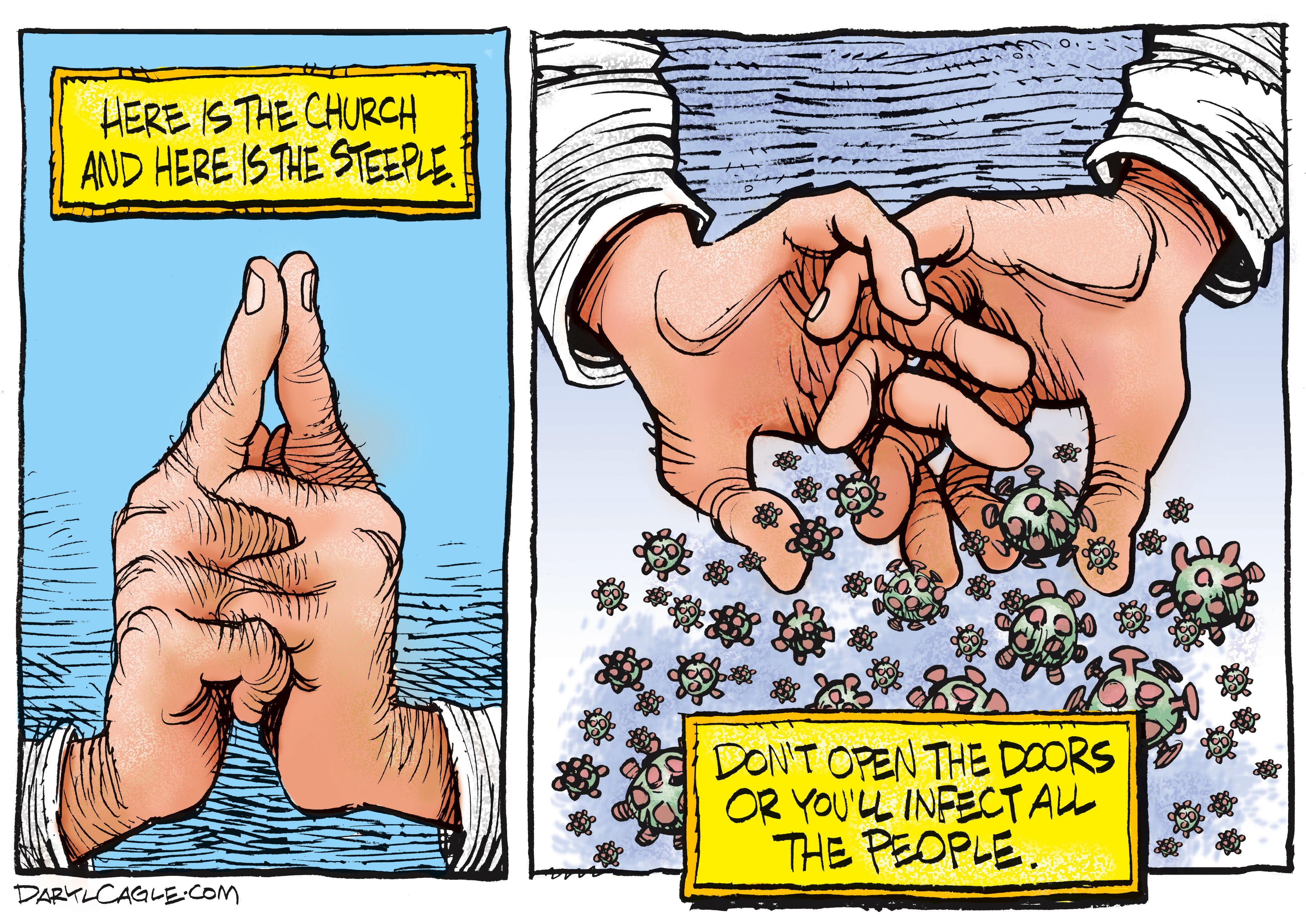 “One harsh lesson the United States learned over the past year is that deadly viruses don’t care about religious liberty,” says FFRF Co-President Dan Barker. “Texas can’t ever claim to be a ‘pro-life’ state with this on the books,” he adds.

Time and again, worship services have turned out to be super-spreader events during Covid outbreaks. The most dangerous events have been those where many people are gathered indoors, in close proximity, especially where they are talking or singing. Many lives were unquestionably saved by states that closed bars and halted concerts, and by multiplegovernors who correctly recognized that worship are similarly risky events.

Unfortunately, the ultra-conservative religious bloc of the U.S. Supreme Court, as well as religious public officials and preachers, demanded that public health restrictions not apply to in-person worship services. The high court’s majority disingenuously compared worship services to patronizing grocery or liquor stores, even though nobody spends hours singing or sitting in close proximity to other customers at such locations. Justice Elena Kagan correctly noted at the time that “this foray into armchair epidemiology cannot end well.”

Now, even if Texas state actors realize their mistake, they have tied their own hands and will be unable to protect constituents. In the event of a wave of a new Covid variant, or another pandemic altogether, Texans will continue to gather in-person to pray for the health of their fellow citizens. Those prayers will not only go unanswered, but the very act of gathering to pray will galvanize the spread of a virus that would otherwise be mitigated by effective quarantine measures that apply equally to all.

“This is worse than anyone realizes,” said Director of Strategic Response Andrew L. Seidel. “The text is not limited to a pandemic. If there were an active shooter, a hurricane or tornado or flood, chemical spill, terrorist attack, or if the church is structurally unsound, overcrowded, and full of fire hazards, the government is now powerless to save the lives of religious worshippers.”

This problem is not limited to Texas, FFRF notes. Eight other states have passed bills with a similar effect, and such bills were introduced in another 15 states this year.

Preachers and religious Texans will not be the only victims of this massive lapse of judgment. Neighbors, health care workers, and citizens in need of hospital beds will also be needlessly harmed in the event of another pandemic. It was reckless for Texan lawmakers to place this measure on the ballot, and foolishly dangerous for voters to support it.

“This sounds an awful lot like human sacrifice,” quips Barker.

The Freedom From Religion Foundation is committed to working to ensure that reason — not religion — prevails in America’s medical policies.