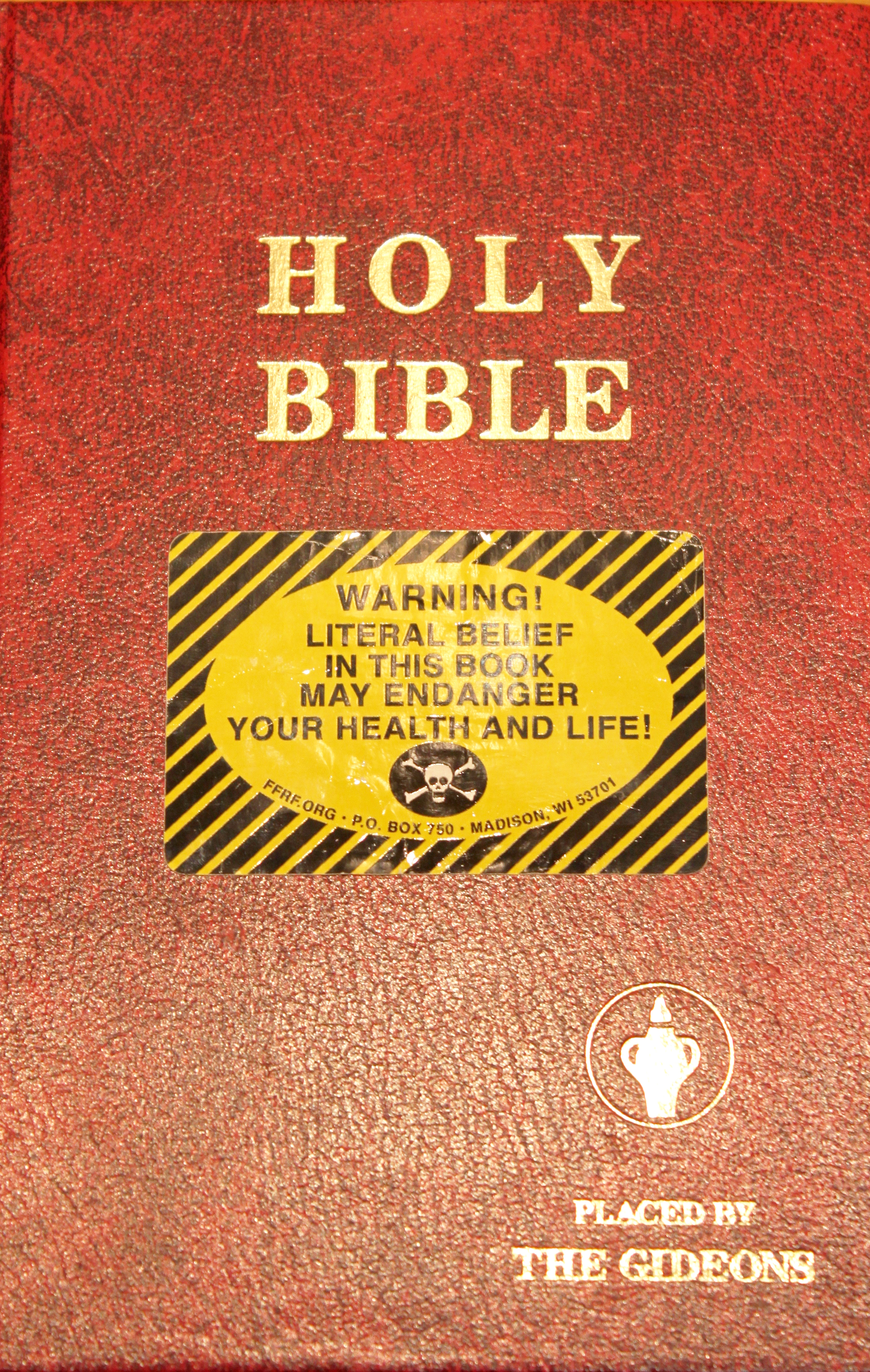 The Freedom From Religion Foundation is perplexed as to how a Texas House member has omitted an extremely well-known work from the list of the hundreds of books he is attacking.

State Rep. Matt Krause is reportedly investigating and blacklisting as many as 850 books, launching a search-and-destroy mission to weed from public school libraries or curriculum any tomes that “might make students feel discomfort, guilt, anguish or any other form of psychological distress because of their race or sex.”

FFRF advocates, above all, for freedom of thought. However, Krause’s omission is so glaring that the state/church watchdog is willing to make a one-time exception, and it does this in a letter it has written to Krause.

A book in the work FFRF is referring to advocates for rape victims to marry their rapists. Another tells the story of a prostitute who “lusted after her lovers, whose genitals were like those of donkeys and whose emission was like that of horses,” and she “longed for the lewdness of your youth, when …[her] bosom was caressed and your young breasts fondled.” Earlier, this same book speaks about sex toys: You “took the fine jewelry I gave you, the jewelry made of my gold and silver, and you made for yourself male idols and engaged in prostitution with them.” Another book prays “may her breasts satisfy you always, may you ever be intoxicated with her love.” In yet another, a future husband purchases a wife by killing 200 of her fathers’ enemies, mutilating their corpses, and bringing back their foreskins as a dowry. Finally, one sordid and preposterous story that defames incest victims recounts the exploits of two daughters who, having just witnessed a genocide and the murder of their mother by a pyromaniacal god, supposedly get their father drunk and seduce him in order to bear his children.

These and many more unpalatable and sexually explicit stories are found in various books of the bible — in case people were wondering. This is just a sampling of such biblical imagery, specifically from Leviticus, Ezekiel, Proverbs, 1 Samuel and Genesis.

FFRF has published a brochure, An X-Rated Book: Sex & Obscenity In the Bible, which exposes nearly 150 bible verses displaying a “pornographic view of sex and women, lewdness, depravity and sexual violence often ordered or countenanced by the biblical deity.” (It can be read for free on our website.)

The bible also condemns homosexuals to death and declares them an abomination. Krause seems to have little concern for the “discomfort, guilt, anguish or any other form of psychological distress” that LGBTQ students might experience having such a book in their library. He has shown scant visible compassion for children of color who might read of “the Curse of Ham” and feel marginalized. And he has no evident empathy for non-Christians who, the bible says, should be burned and tortured for eternity, or for women branded as inferior, “unclean” and sin-inciters.

Krause seems to be familiar with the contents of the bible, since he frequently touts his position on the board of Christians Engaged and that group’s fidelity to the bible. In fact, he has written that “there's no better textbook” for “instilling” morality than the bible.

Krause’s perspective here starkly contradicts the campaign he is carrying out against works of supposedly dubious morality.

“You seek to limit children’s growth by discouraging them from reading books other than your favorite so-called ‘holy’ book, while hypocritically ignoring the bible’s abysmal moral and pedagogical failings,” FFRF Co-Presidents Dan Barker and Annie Laurie Gaylor’s letter to Krause concludes. “We urge you to drop your farcical, hypocritical and dangerous crusade at once.”

The Freedom From Religion Foundation is a national nonprofit organization with over 36,000 members and several chapters across the country, including more than 1,500 members and a chapter in Texas, with many members in Krause’s district. FFRF protects the constitutional separation between state and church and educates about nontheism.