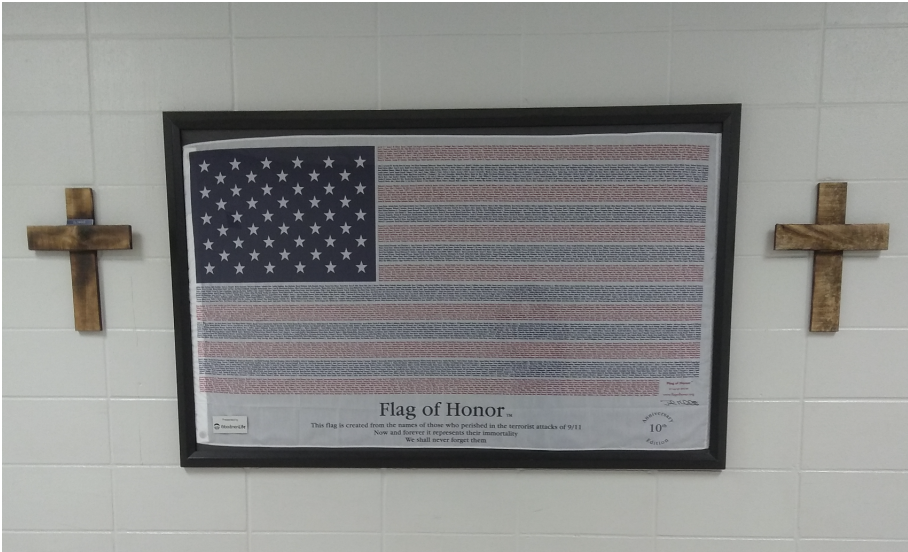 The Freedom From Religion Foundation is demanding that an Alabama school district end multiple constitutional violations occurring within its schools.

A concerned Blount County Schools parent has reported that on Oct. 14, their child came home with a Gideon Bible that had been given to them by a stranger during one of their classes at

The Freedom From Religion Foundation is demanding that an Alabama school district end multiple constitutional violations occurring within its schools.

A concerned Blount County Schools parent has reported that on Oct. 14, their child came home with a Gideon Bible that had been given to them by a stranger during one of their classes at Susan Moore Elementary School. The Gideons are a proselytizing evangelical group that targets young children in public schools, despite clear court precedent barring them access. The man told the students that all the answers to all their problems could be found in that book, that it would help solve their problems with bullying and that if they read it, they would be wiser.

“Federal courts have held the distribution of bibles to students at public schools to violate the First Amendment’s Establishment Clause,” FFRF Attorney Chris Line writes to the Blount County Schools’ legal counsel. “In striking down a school district’s policy permitting Gideons to distribute Bibles in classrooms, the 7th U.S. Circuit Court of Appeals stated, ‘The Gideon Bible is unabashedly Christian.’”

By permitting evangelists to distribute religious literature to their students, the school entangles itself with that religious message. And even if the students are not forced to accept these Bibles, the school still sends a clear message to the children that it endorses a particular religious viewpoint.

In evidence of an even more egregious constitutional breach, FFRF has received several photos of religious displays, messages and symbols throughout the hallways of the school. Some staff at the Susan Moore High School display Latin crosses and bible verses in the hallways, FFRF’s complainant has informed the state/church watchdog.

Courts have continually held that school districts may not display religious messages or iconography in public schools, FFRF has warned the school district. These religious displays are particularly inappropriate, given that about 38 percent of Americans born after 1987 are not religious.

Any religious displays in district schools must be removed, and outside adults may not be allowed to proselytize or pass out bibles to students, FFRF is insisting. All district staff members should receive training regarding the Establishment Clause and their duty as public school employees to refrain from promoting or endorsing their personal religious views.

“Public school officials must protect a captive audience of young students from the Gideons — or from their staff with religious boundary issues,” says FFRF Co-President Annie Laurie Gaylor. “What happened at Blount County Schools is illegal and coercive and sends a completely wrong message to parents, students and members of the community.”

The Freedom From Religion Foundation is a national nonprofit organization with more than 35,000 members across the country, including hundreds of members in Alabama. Its purpose is to protect the constitutional principle of separation between state and church.