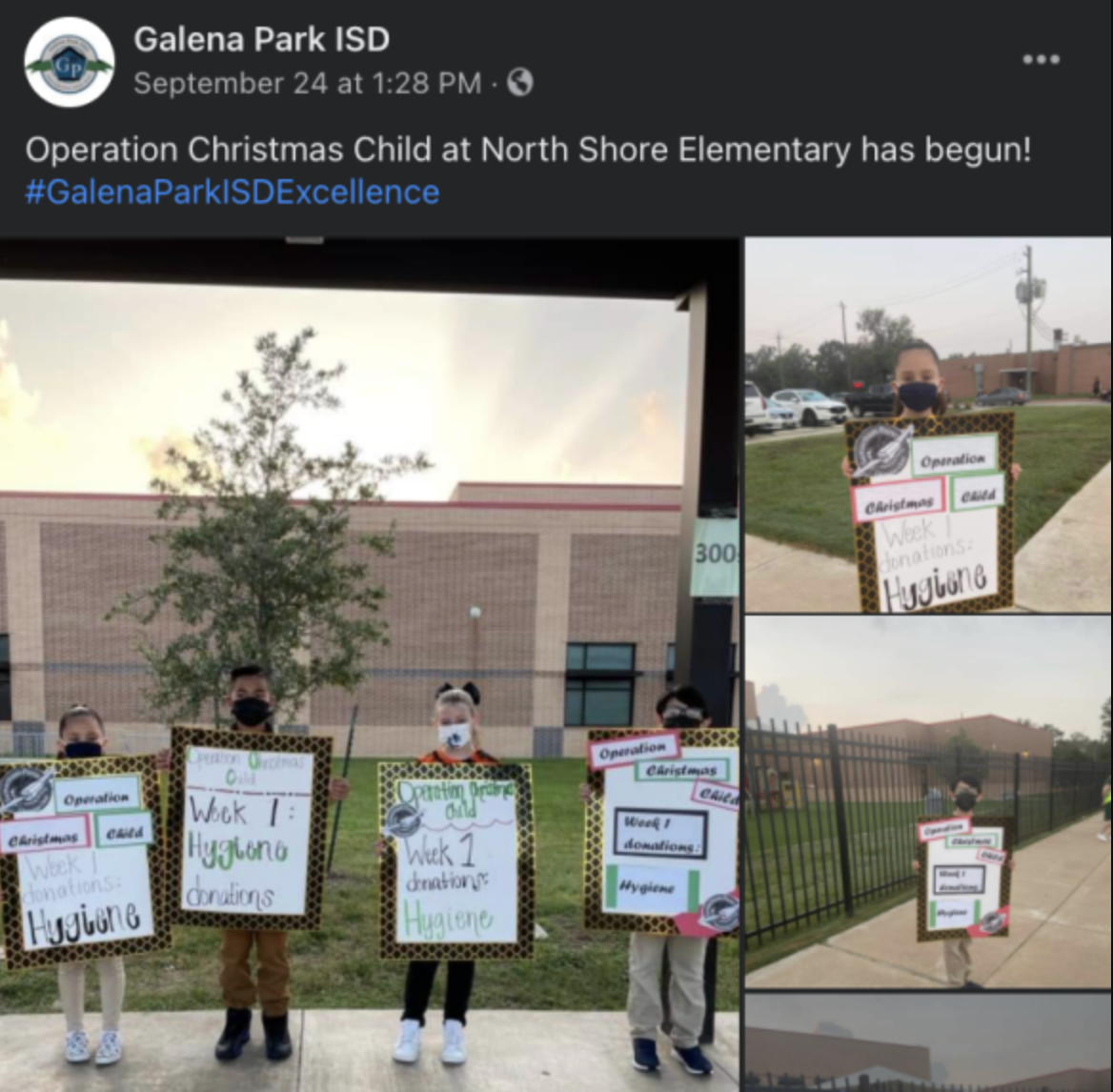 The Freedom From Religion Foundation has asked a Texas school district not to collect money for a proselytizing Christian group that is headed by none other than Rev. Franklin Graham.

A concerned district community member has reached out to FFRF to report that North Shore Elementary recently participated in a fundraiser for “Operation Christmas Child,” a charity project sponsored by Samaritan’s Purse. This religious ministry project is also being promoted on the school’s Facebook page, and official website.

Samaritan’s Purse is a pervasively sectarian religious organization led by zealous evangelist Graham, FFRF has informed the school district. According to the website of Samaritan’s Purse, the organization does its “utmost to follow Christ’s command by going to the aid of the world’s poor, sick, and suffering...This, in turn, earns us a hearing for the Gospel, the Good News of eternal life through Jesus Christ.” The website also mentions that the purpose of the shoe boxes is to attract children in the developing world to convert to Christianity.

Franklin Graham, the one who runs Samaritan’s Purse, is an outspoken evangelist who has made several harmful comments over the years about the LGBTQ community and Covid vaccines.

It is a fundamental principle of Establishment Clause jurisprudence that a public school may not advance, prefer or promote religion,” FFRF Staff Attorney Chris Line writes to Galena Park Independent School District Superintendent John Moore. 'Organizing a donation drive that employs school staff and resources to collect donations and advance the mission of a religious ministry violates basic constitutional principles.’

“A lot of these groups rely on school authorities being ignorant about their mission,” says FFRF Co-President Annie Laurie Gaylor. “The school district must swiftly discontinue this proselytization camouflaged as fundraising.”

While honoring the charitable intent, FFRF notes there are many secular charities to support that do not have a religious mission and proselytizing agenda. It requests that the district prevent any further use of its time, resources, and employees to support this evangelical organization’s mission.

The Freedom From Religion Foundation is a national nonprofit organization with more than 35,000 members and several chapters across the country, including over 1,500 members and a chapter in Texas. Its purposes are to protect the constitutional principle of separation between state and church, and to educate the public on matters relating to nontheism.