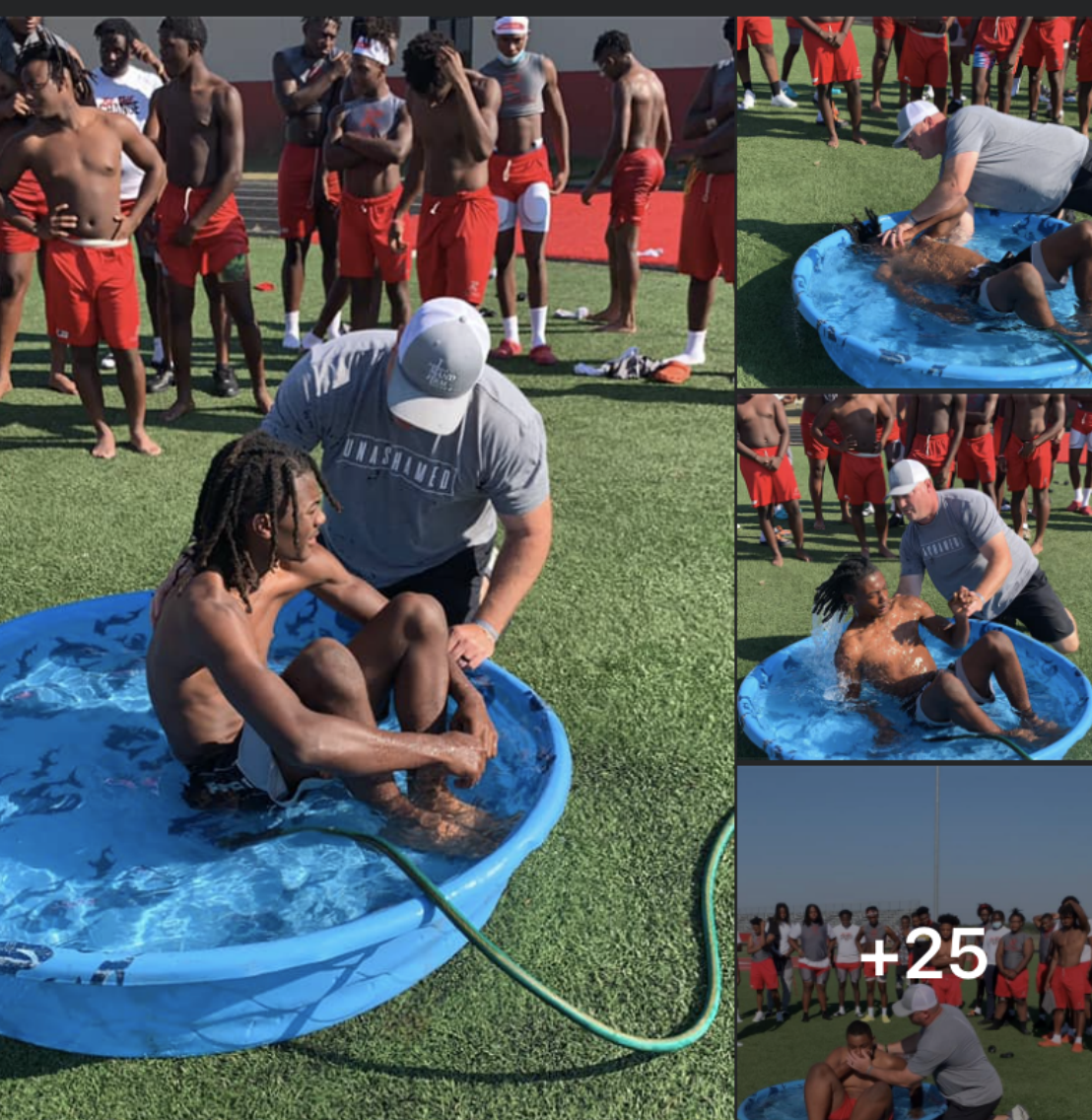 The Freedom From Religion Foundation is raising strong objections to the recent baptism of football players at a Louisiana public high school.

On Oct. 8, a coach-organized team baptism, involving several student players, took place at Richwood High School, a community member has informed FFRF. This was all posted on Northeast Louisiana FCA’s Facebook page where the group boasted:

Praise Jesus!!!! He is awesome! After today’s pregame devotional at Richwood High School, an invitation to know Jesus as Lord and Savior was offered. Player after player surrendered to Christ and followed through with baptism. 10 guys surrendered to follow Jesus!

To further proselytize, the coach reposted this message, adding, “The movement is real. Just doing what thus said the Lord. Obedience is better than sacrifice!! There’s a song that says, ‘If I was just anybody, I’d say, it’s all good. But I know better, it’s all God.’”

It is well settled that public schools may not advance or promote religion, FFRF reminds the school district.

“Federal courts have specifically held public school coaches’ participation in their team’s religious activity unconstitutional,” FFRF Staff Attorney Chris Line writes to legal counsel for Quachita Parish Schools. “The 5th U.S. Circuit Court of Appeals held that a coach’s attempts to engage in religious activities with players at team events were unconstitutional because the religious promotion took place ‘during school-controlled, curriculum-related activities that members of the team are required to attend. During these activities, coaches and other school employees are present as representatives of the school and their actions are representative of [district] policies.’”

The 5th Circuit also rejected the district’s argument that prohibiting a coach from praying with students would violate the coach’s right to free speech, FFRF adds. The court recognized that “the principle that government may accommodate the free exercise of religion does not supersede the fundamental limitations imposed by the Establishment Clause” and that the district, therefore, had an obligation to prohibit its coaches from endorsing religion.

Furthermore, public school districts have a constitutional obligation to ensure that staff members do not use their positions to proselytize. Federal courts have consistently rejected the promotion of religious viewpoints in the classroom and like settings. And the Constitution’s prohibition against school-sponsored religious exercise cannot be overcome by claiming such activities are “voluntary.” As the Supreme Court said in Engel v. Vitale, “Neither the fact that the prayer may be denominationally neutral nor the fact that its observance on the part of students is voluntary can serve to free it from the limitations of the Establishment Clause.”

Such activities must stop, FFRF insists. The coach should be reprimanded, and if he is not willing to immediately cease infusing the football program with religion, he should be terminated.

The Freedom From Religion Foundation is a national nonprofit organization that works to protect the constitutional principle of separation between church and state and educate on matters of nontheism. FFRF currently has more than 35,000 members across the country including many members in Louisiana.