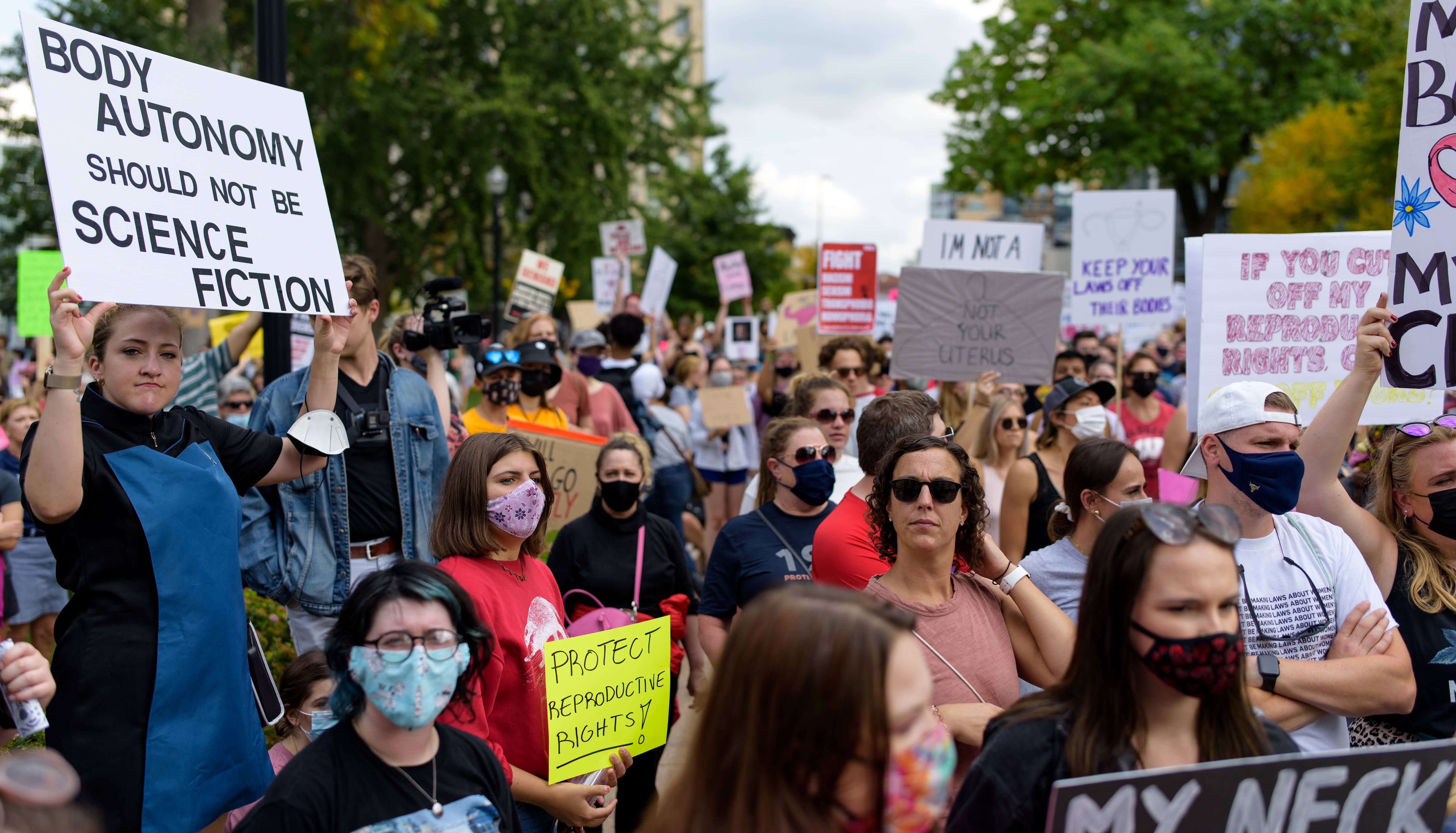 The Freedom From Religion Foundation is cheering the news that Texas’ draconian six-week abortion ban has been temporarily halted. However, the threat is far from over as religious extremists take steps to undo this latest move.

On Wednesday, Oct. 6, U.S. District Judge Robert Pitman issued an order that blocks Texas’ abortion ban, which has created hardship and pandemonium since going into effect on Sept. 1. The law prohibits Texas abortion physicians from providing abortion care to women who are at least six weeks pregnant. For context, this is typically two weeks after a missed period, when most women do not even know if they are pregnant. Shockingly, the ban also deputizes private citizens to act as abortion bounty hunters.

Last month, the U.S. Supreme Court upended decades of legal precedent by declining to block the clearly unconstitutional anti-woman, anti-science law, claiming that applicants failed to meet their burden to stay the law. In response to this inaction, the Justice Department sued the state of Texas on Sept. 9, charging that the law “is invalid under the Supremacy Clause and the 14th Amendment, is pre-empted by federal law, and violates the doctrine of intergovernmental immunity.”

Meanwhile, the horrific law has upended the lives of thousands of Texans facing unwanted pregnancies, forcing those who can find the means to travel lengthy distances to neighboring states to receive abortion care. This has not only endangered women’s health in Texas, but also in bordering states, where the demand is delaying appointments for all patients, as well as exacerbating existing inequalities for rural and low-income women, including women of color.

In his ruling late Wednesday night, Pitman expounded upon these damaging effects: “From the moment SB 8 went into effect, women have been unlawfully prevented from exercising control over their lives in ways that are protected by the Constitution. … That other courts may find a way to avoid this conclusion is theirs to decide; this court will not sanction one more day of this offensive deprivation of such an important right.”

Still, there is much uncertainty and the fight is far from over. Just one hour after Pitman blocked the law, Texas filed a notice that it would petition the 5th U.S. Circuit Court of Appeals to undo Pitman’s order and leave the law in place. Abortion providers fear that they may be sued retroactively if the ban goes back into effect, since the law includes a provision that says: “Doctors who perform abortions or other people who assist a pregnant person based on a court decision that is reversed later on cannot rely on that original order as a defense if they’re sued.”

“Judge Pitman commendably took the action that was the Supreme Court’s duty,” says FFRF Co-President Annie Laurie Gaylor. “We are seeing the damage of three Trump appointments tilting the high court to an extremist majority.”

So while this temporary injunction is a step in the right direction, it is not enough. The Senate must pass the Women’s Health Protection Act to ensure that SB 8 and all other abortion bans — as well as anti-abortion harassment — stop. Then a robust discussion on court reform is essential if individual liberties are to be protected in the United States. Photo by Chris Line