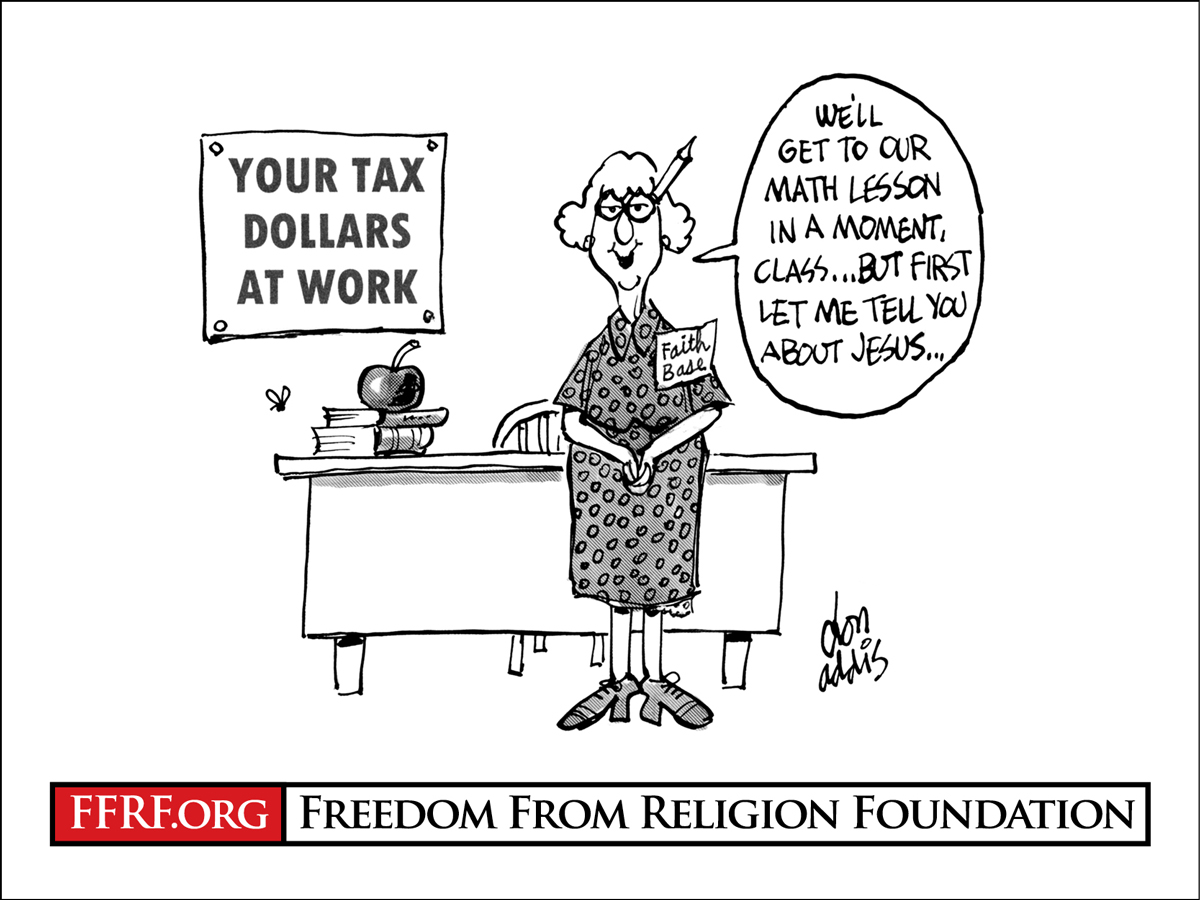 The Freedom From Religion Foundation is urging Union County Public Schools to cease starting its board meetings with Christian prayers.

The Freedom From Religion Foundation is urging Union County Public Schools to cease starting its board meetings with Christian prayers.

A concerned school district community member has informed FFRF that the Union County Board of Education allows various Christian clergy members to deliver a prayer before meetings. Every recent monthly meeting has featured blatantly sectarian Christian language. In September, the prayer ended: “Father, we ask now that You would be with us tonight just give us wisdom, give us clear heads, and give us Your grace and let Your spirit reign over this body and we just ask all this now in the name of Jesus, amen.” The August prayer concluded: “You just give us wisdom as we figure out what needs to be done so that the students of this county will get the education that they deserve, that the faculty and the bus drivers and everybody will have safety, and that You will continue to bless us as a nation as we continue to look to you for answers as You lead, guide, and direct us. And we thank You for this, and we pray it, in the name of Jesus, amen.” The July meeting declaimed, “Father God, we come to You in the name that is above every name, the name of Jesus,” and the June meeting intoned, “Father God, we come to You tonight in the name that is above every name, and that is the name of Jesus Christ.”

“It is beyond the scope of a public school board to schedule or conduct prayer as part of its meetings,” FFRF Staff Attorney Chris Line writes to the district’s legal counsel. “This practice violates the Establishment Clause of the First Amendment.”

Students and parents have the right — and often have reason — to participate in school board meetings. It is coercive, embarrassing and intimidating for nonreligious citizens to be required to make a public showing of their nonbelief (by not participating) or else to display deference toward a religious sentiment in which they do not believe, but which their school board members clearly do, FFRF stresses. Nonreligious Americans make up the fastest-growing segment of the U.S. population by religious identification — 35 percent of Americans are non-Christians, and this includes the more than one in four Americans who now identify as religiously unaffiliated.
FFRF requests that the board immediately refrain from scheduling prayers as part of future school board meetings to uphold the rights of conscience embodied in our First Amendment. FFRF wrote to the school district in 2016 about the introduction of the prayer to the meetings, but the district has continued the practice. The state/church watchdog hopes that the outcome this time will be different.

“This ostentatiously Christian practice must end,” says FFRF Co-President Annie Laurie Gaylor. “It presumes to speak for the religious belief of the entire population of Union County — a presumption that is quite certainly false.”

The Freedom From Religion Foundation is a national nonprofit organization with more than 35,000 members and several chapters across the country, including over 800 members and a chapter in North Carolina. FFRF’s purposes are to protect the constitutional principle of separation between state and church and to educate the public on matters related to nontheism.