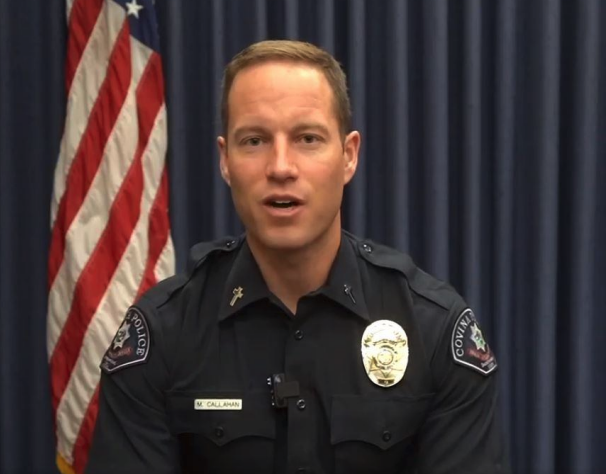 The blatant misuse of police powers and lack of secularism in a California police department must end, asserts the Freedom From Religion Foundation.

A concerned local resident has informed the state/church watchdog that the Covina Police Department provides counseling or emotional support via a chaplaincy program to members of the department, their families and the public. The chaplains are required to have five years of counseling experience, but the current chaplains do not meet this requirement. These police chaplains, though volunteers, are reportedly considered official “representatives of the department” and receive uniforms and badges. Not only are the chaplains fronting as representatives of the police department, but they are also getting special treatment, such as not having to pay tickets for traffic violations.

Police chaplaincies are unconstitutional, FFRF emphasizes. “Chaplains’ employment, even if volunteer, demonstrates endorsement of religion, in this case, Christianity, which violates the Constitution,” FFRF Staff Attorney Chris Line writes to Covina Police Department Chief David Povero. The department has even gone against its own written policies, Line points out, since “despite a requirement against proselytizing, chaplains regularly proselytize, including by leading prayers at Covina City Council meetings.”

The Police Department is also vulnerable to a discrimination lawsuit due to the chaplaincy. Even if the chaplains intend, at least nominally, to assist people of all faiths, the Covina Police Department serves all Covina citizens regardless of their religious affiliation or lack thereof. Nonreligious Americans make up the fastest growing segment of the U.S. population by religious identification — and this includes the 28 percent of Los Angeles County residents who are religiously unaffiliated. Chaplains view the world and its problems through the lens of religion and a god, a view inapposite to nonbelievers. Claims that someone is “in a better place” or that a god “works in mysterious ways” may be the bedrock of religious consolation, but are meaningless and even hurtful trivialities to nonbelievers.

All of this is why FFRF is asking that the Covina Police Department discontinue its chaplaincy program and instead offer secular support services.

“As recent surveys have confirmed, populations around the country are becoming increasingly non-Christian and nonreligious,” says FFRF Co-President Annie Laurie Gaylor. “The Covina Police Department needs to police itself better and stop anointing chaplaincies that push a particular religion on police officers and the public.”

The Freedom From Religion Foundation is a national nonprofit organization with more than 35,000 members and several chapters across the country, including nearly 5,000 members and a chapter in California. Our purposes are to protect the constitutional principle of separation between state and church, and to educate the public on matters relating to nontheism.