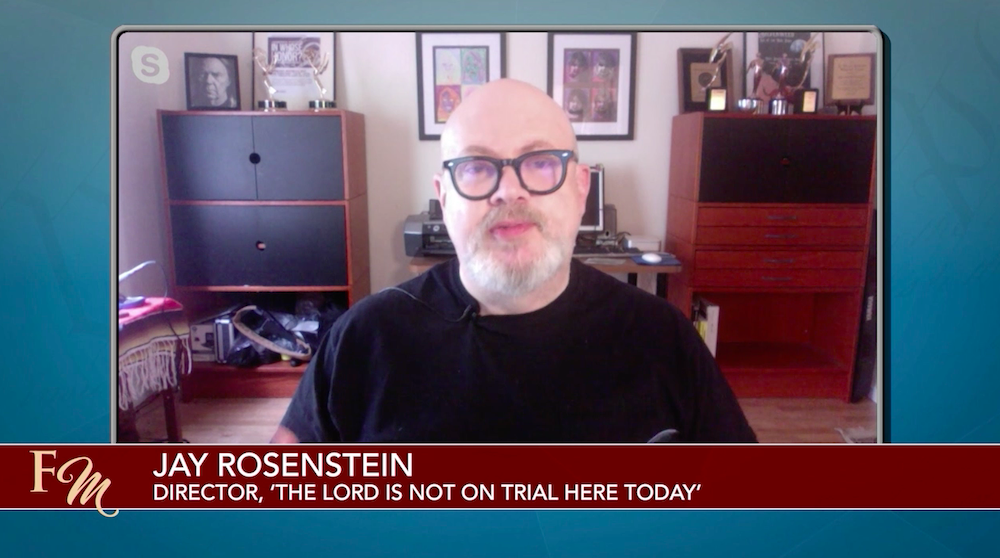 The interview guest is three-time Emmy-winning independent documentary producer, director, writer and editor Jay Rosenstein. His “The Lord Is Not on Trial Here Today,” which won a Peabody and an Emmy, tells the story of the case (McCollum v. Board of Education) that established the separation of state and church in our public schools. The show intersperses clips from the documentary with the interview.

“Apparently, the first day of the trial, a man sort of rushed in from the audience and ran up to the the opposing counsel and said, ‘I’m here to testify for the Lord,’” Rosenstein explains to “Freethought Matters” co-hosts Dan Barker and Annie Laurie Gaylor how the documentary got its title. “And the lawyer said in response, ‘Well, the Lord is not on trial here today.’”

The episode will be airing in over a dozen cities on Sunday, Sept. 19. If you don’t live in the quarter-plus of the nation where the show broadcasts on Sunday, you can already catch the interview on the “Freethought Matters” playlist on FFRF’s YouTube channel. New shows go up every Thursday. You can also receive notifications when we post new episodes of “Freethought Matters” by subscribing to FFRF’s YouTube channel.

Coming shows this season include interviews with The Nation’s Katha Pollitt, Professor Ryan Burge (a leading expert in the rise of the “Nones”) and Candace R.M. Gorham, author of the upcoming book, On Death, Dying, and Disbelief.

“Freethought Matters” had an array of impressive guests last season. These included: pundit Eleanor Clift, actor and FFRF After-Life Member John de Lancie of “Star Trek” “Q” fame, Professor Steven Pinker, one of the most eminent global public intellectuals, and A.C. Grayling, a prominent British philosopher and the author of about 30 books, who grappled on the show with philosophy and the pandemic. The show launched its new season two weeks ago with clips from the best past interviews on the program, and last week featured an interview with famed evolutionary biologist Richard Dawkins.