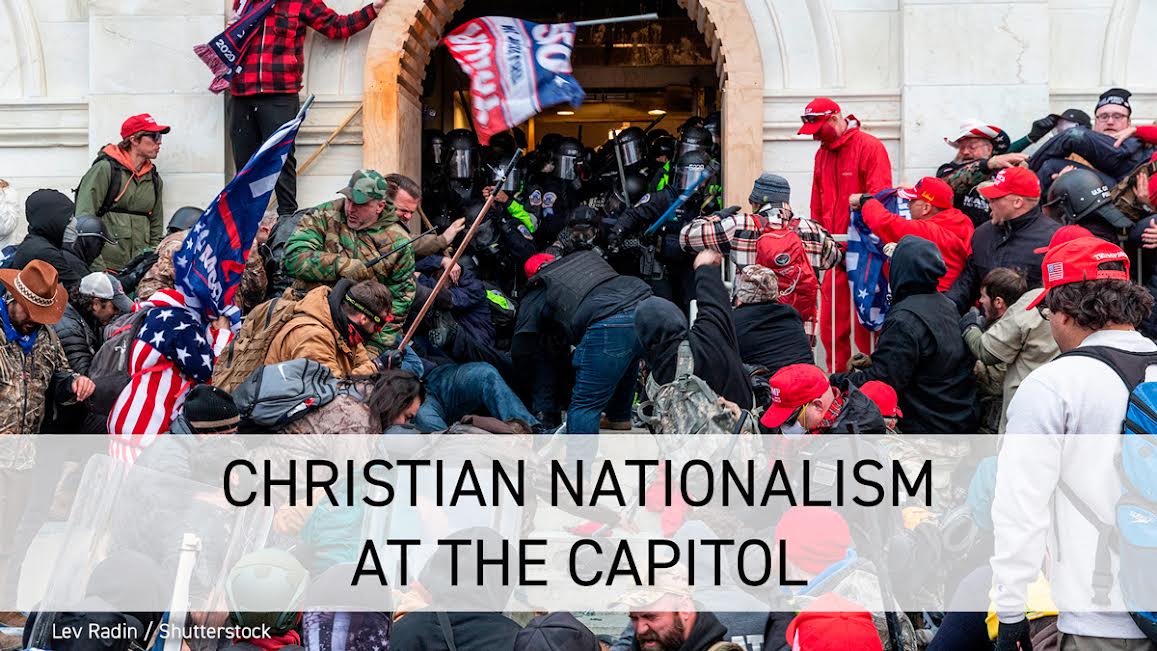 The Freedom From Religion Foundation is condemning a rally for the Jan. 6 Capitol attackers to be held at the site of the attack the day after Constitution Day. The rally, organized by a former Trump campaign staffer, is meant to recast the assault on our Capitol and our democracy as a group of freedom fighters oppressed by the Department of Justice.

Nothing could be further from the truth. These attackers have been given every measure of due process. The infamous QAnon Shaman has been given organic meals, hardly an oppressed political prisoner. Others have been allowed to await trial at home or to go on vacation to other countries — all manner of flexible, favorable treatment.

“There is no injustice to protest,” says FFRF Co-president Annie Laurie Gaylor, “Really, the main grievance of these rally organizers seems to be that there are consequences for people who attempted a coup.”

Law enforcement agencies in Washington, D.C., are on high alert, and have reinstalled fencing, even though far fewer attendees are expected than on Jan. 6.

The organizers have likened this “Justice for J6” rally to the civil rights movement, and even to groups like Black Lives Matter fighting for racial justice, specifically invoking George Floyd.

“They're trying to whitewash history so that the next time they attempt a violent overthrow of the government, there won’t be as much resistance,” says FFRF Co-President Dan Barker.

The attempts of the rioters to deny the truth are risible, FFRF contends.

“There is no political persecution of the insurrectionists who tried to steal an election and overturn a government,” Gaylor explains. “Those attempting the coup have been granted every protection of the Constitution they try to overthrow. And now, they have the temerity to protest that fair treatment in our nation’s capital on the day after we celebrate the very Constitution that protected them.”

“Christian nationalism is an identity that is based on disinformation, often rewriting American history, and here we are seeing that happen in real time,” says FFRF Director of Strategic Response Andrew L. Seidel, who’s written the definitive book debunking all of that disinformation.

FFRF will remain vigilant and continue to investigate the insurrection and this attempt to recast it. We will not let the world forget that Christian nationalism attacked the Capitol on Jan. 6, 2021.