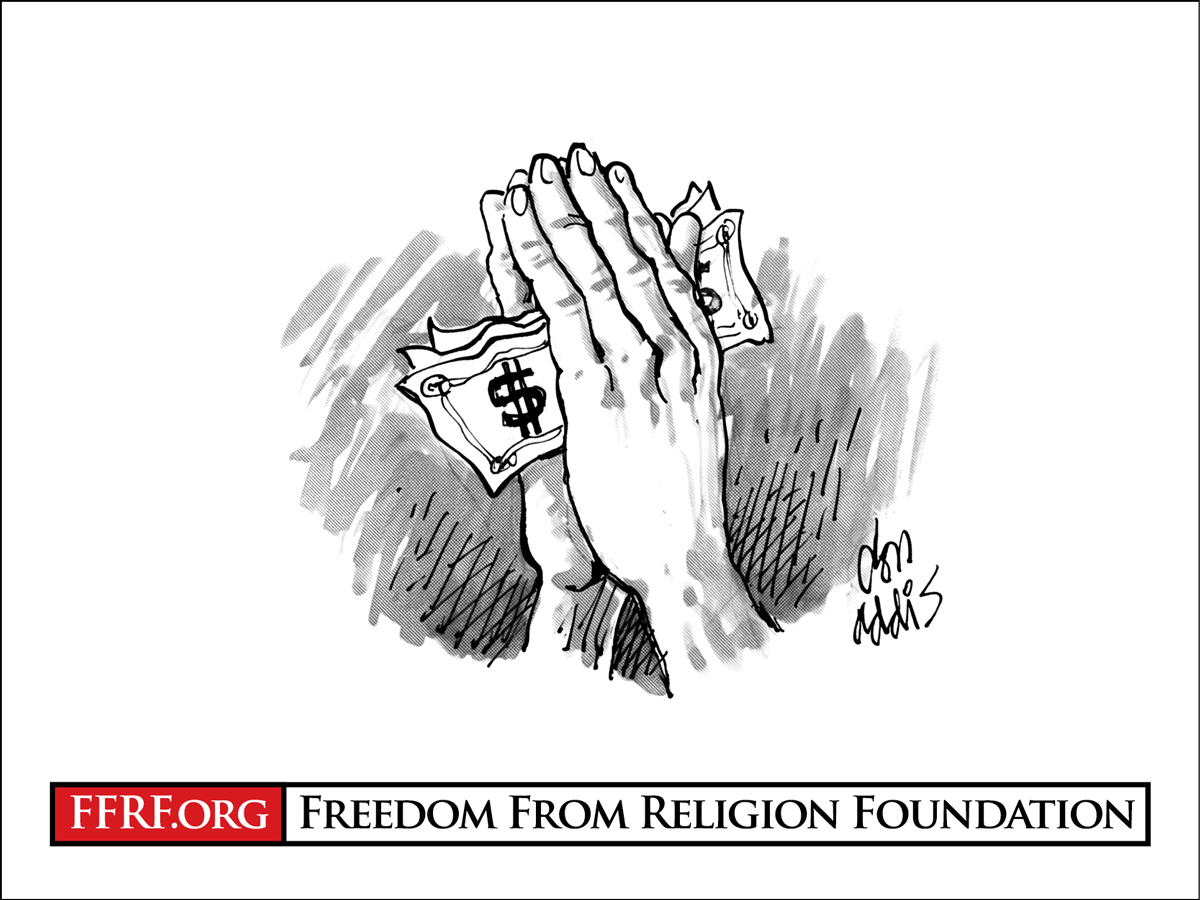 Stop engaging in taxpayer-funded religious boondoggles, the Freedom From Religion Foundation is asking a city in Oklahoma.

Enid, Okla., has caught the attention of the state/church watchdog after multiple community members informed FFRF that the city has partnered with a resident to put up a large Christmas tree, referred to as the “Christ Tree,” and to build surrounding infrastructure that will be used explicitly for a religious event called “The One” and multiple religious worship services. These constructions and activities will cost the community $150,000.

As Line mentions in the letter, “The Constitution prohibits any ‘sponsorship, financial support, and active involvement of the sovereign in religious activity,’” to quote the U.S. Supreme Court. Therefore, it is illegal for Enid to use government money for such a venture.

This clear preference and promotion of Christianity is alienating, insulting and unfair to non-Christian and nonreligious members of the Enid community, FFRF emphasizes. “Nonreligious Americans make up the fastest-growing segment of the U.S. population by religious identification — 35 percent of Americans are non-Christians, and this includes the more than one in four Americans who now identify as religiously unaffiliated,” the letter states.

“Any promotion of religion paid for with tax money is unacceptable, and the city must immediately cease such activities,” comments FFRF Co-President Annie Laurie Gaylor.

FFRF is a national nonprofit organization with more than 35,000 members across the country, including in Oklahoma.