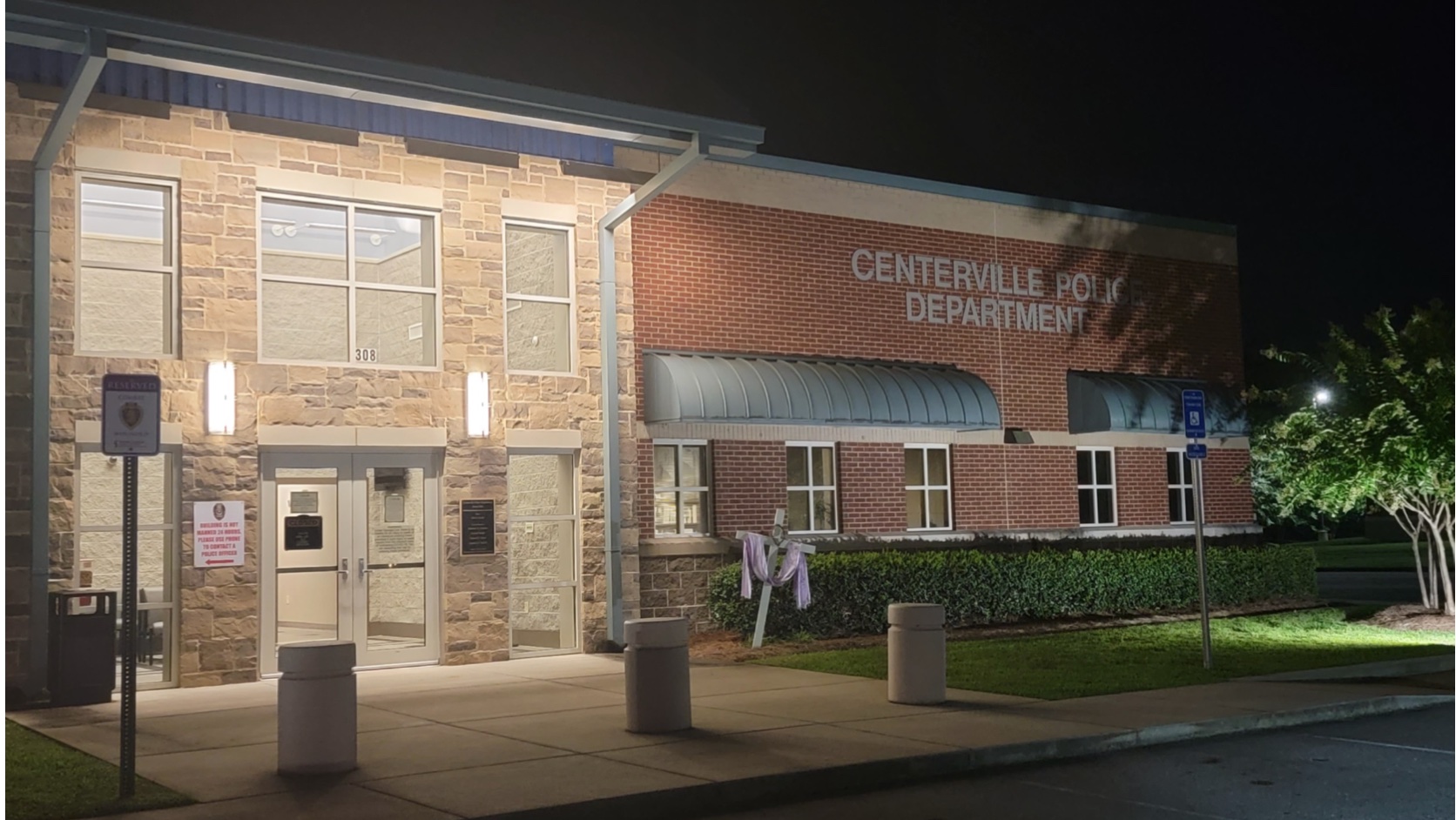 Obey the (constitutional) law, the Freedom From Religion Foundation is urging a Georgia police department.

A concerned Centerville, Ga., resident has informed the state/church watchdog that the local police department has been displaying a cross. The cross appears to be a “shrouded cross,” a symbol of Jesus’ resurrection.

This is inappropriate and exclusionary, FFRF informs the Centerville Police Department.

The religious significance of the Latin cross is indisputable and it should not be permanently placed outside a government building like a police station. And unlike the U.S. Supreme Court’s decision in American Legion v. American Humanist Association, this Latin cross has not acquired a secular meaning in this instance. Not only is the display unconstitutional, but it is also alienating and excludes the 30 percent of Americans who are not Christian and the 24 percent who are not religious, FFRF contends.

“Such a blatant ratification of one religion by those sworn to serve and protect is extremely troubling,” says FFRF Co-President Annie Laurie Gaylor. “This isn’t permissible in our secular constitutional set-up”.

FFRF is asking the Centerville Police Department to remove the cross as soon as possible from the police station.

The Freedom From Religion Foundation is a national nonprofit organization with more than 35,000 members and several chapters across the country, including over 500 members and a local chapter in Georgia. Our purposes are to protect the constitutional principle of separation between state and church, and to educate the public on matters relating to nontheism.