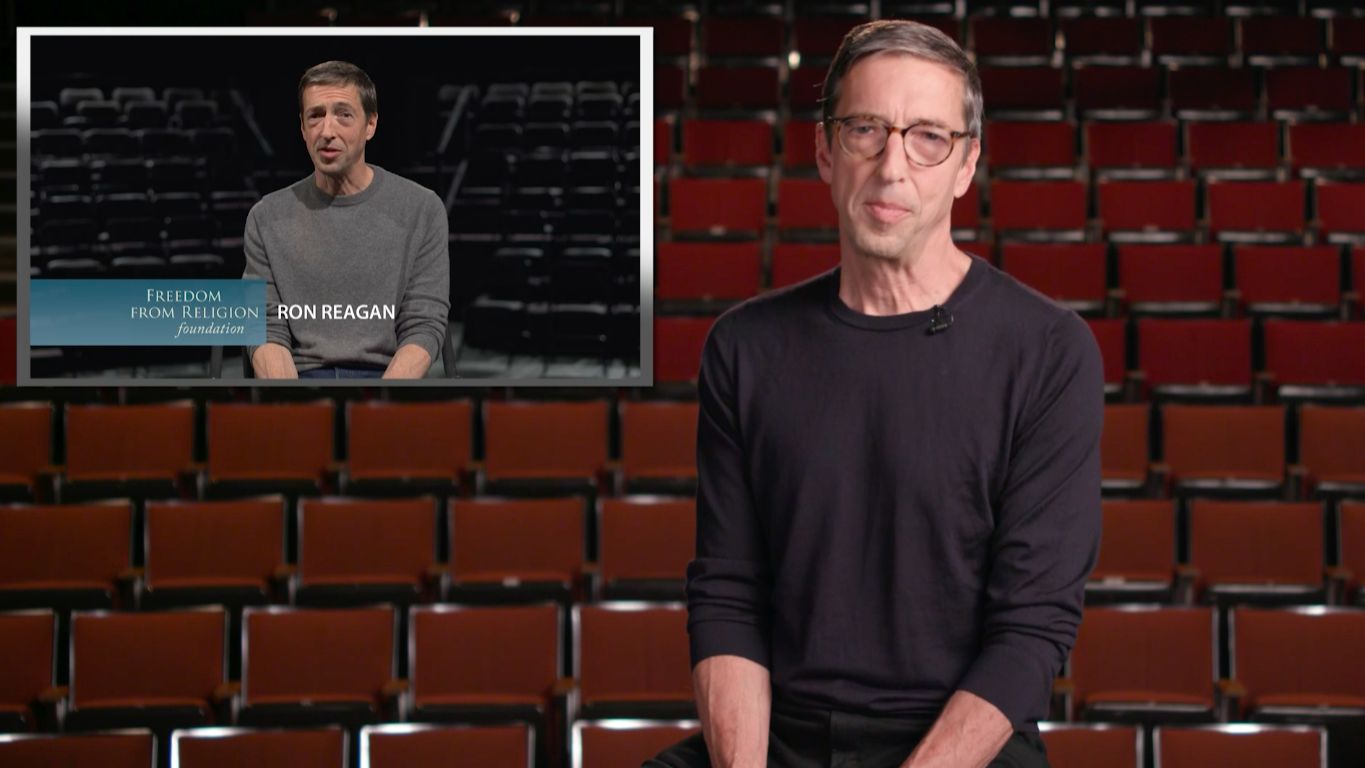 This year is the first year that the CBS national network has accepted the ad.

In the updated TV spot, Reagan, a former ballet dancer, is still seated on stage in an empty auditorium — but the new ad is more colorful, with added technical pizzaz and a few minor modifications. Reagan’s memorable lines still sing:

Hi, I’m Ron Reagan, an unabashed atheist, and I’m alarmed, as you may be, by the intrusion of religion into our secular government. That's why I’m asking you to join the Freedom From Religion Foundation, the nation’s largest and most effective association of atheists and agnostics, working to keep state and church separate, just like our Founders intended. Please join the Freedom From Religion Foundation. Ron Reagan, lifelong atheist, not afraid of burning in hell.

Reagan, who is the son of President Reagan and Nancy Reagan, has spoken on FFRF’s “Freethought Matters” TV show about why he stopped attending church as a 12-year-old and what happened when he told his father. He has received FFRF’s Emperor Has No Clothes Award for his outspoken, life-long identification as an atheist and advocate of the separation between religion and government.

After FFRF aired the ad during several Democratic presidential debates carried by CNN in 2019, Reagan was credited with “winning” and becoming the top trending search on Google.

“We are so grateful to Ron for continuing to lend his celebrity to the Freedom From Religion Foundation,” says Annie Laurie Gaylor, FFRF co-president. “Everywhere we go, including in Congress, the public now recognizes FFRF, thanks to Ron, and realizes there are many atheists and freethinkers in America, including the son of a conservative president.”

The Freedom From Religion Foundation is a national nonprofit organization with more than 35,000 members across the country. FFRF protects the constitutional separation between state and church and educates about nontheism. FFRF advertising is made possible by kind contributions from members. Donations to FFRF are deductible for income-tax purposes.