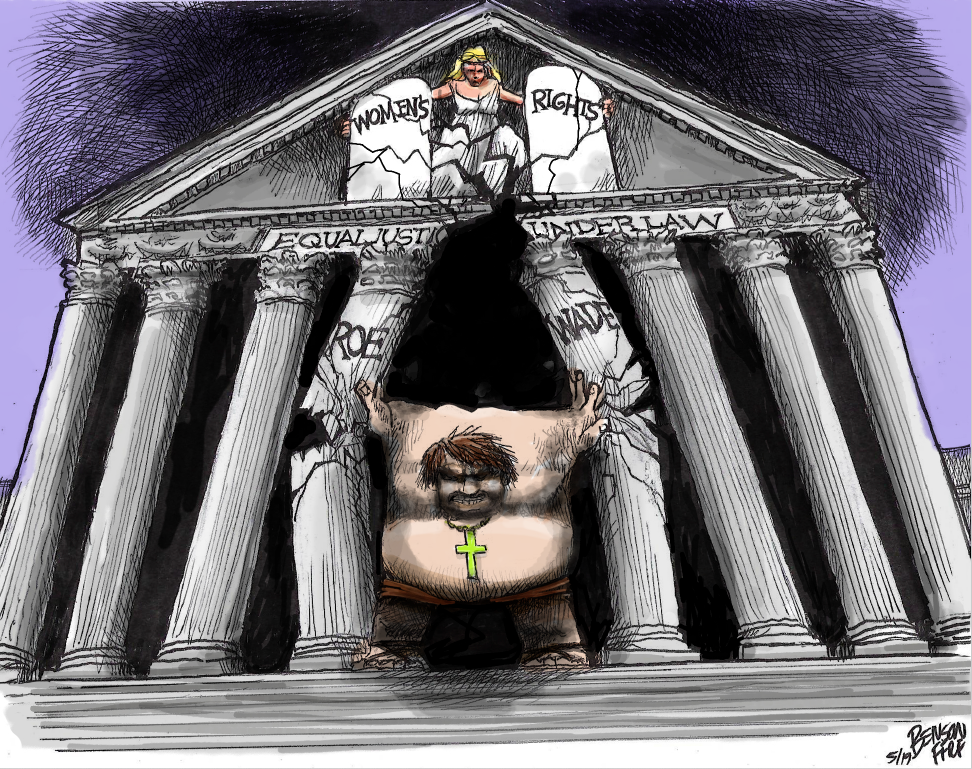 It is vital that Supreme Court Justice Samuel Alito block a new Texas law going into effect tomorrow that bans most abortions and sets up a citizen “bounty” to incentivize individuals for enforcement.

The court should either block the law or allow the lower court to resume its hearing on the law, which was scheduled for Monday, Aug. 30, but was cancelled by the 5th U.S. Circuit Court of Appeals.

Access to safe, legal abortions in Texas is under immediate peril under the new law, which would effectively ban abortions by the sixth week of pregnancy, before most women know they are pregnant. Worse still, the law seeks to turn Texas residents against one another by “deputizing” citizens to enforce the law, offering them a $10,000 bounty for every offender they turn in. It is designed to intimidate abortion care providers by strapping them with ruinous financial penalties and legal costs.

The law not only denies pregnant people their constitutional right to an abortion, but also favors religious ideology over evidence-based medicine. The anti-abortion group, Texas Right to Life, which was instrumental in drafting the law, describes itself as one that “legally, peacefully and prayerfully protects the God-given Right to Life of innocent human beings from fertilization to natural death.”

Ordinarily, such an egregiously unconstitutional law would be swiftly enjoined by a federal court, since it flies in the face of Roe v. Wade and decades of precedent since. However, the 5th Circuit has refused to block the law, forcing reproductive rights advocates to petition the U.S. Supreme Court for emergency relief. A panel of conservative judges on the circuit court paused all proceedings in the lower court. The decision now lies with Alito, who handles such petitions in Texas.

Alito, unfortunately, is part of a majority of the Supreme Court that appears to be on course to dismantle reproductive health care. If Alito fails to accept this emergency petition, it will show that the personal, religiously motivated anti-abortion beliefs of judges are more important than upholding long-standing precedent. If the personal beliefs of justices take precedence over legal precedent, that will likely doom for Roe v. Wade, either by the court explicitly overturning Roe or by gutting it and allowing laws like the Texas “abortion bounty” to stand. The Supreme Court has agreed to hear in its upcoming term Dobbs v. Jackson Women’s Health Organization, a case out of Mississippi designed specifically for the purpose of gradually eviscerating Roe.

When Gov. Greg Abbott signed the anti-abortion law, he commented that “Our creator endowed us with the right to life and yet millions of children lose their right to life every year because of abortion.” These comments are religious in nature and do not reflect science. Indeed, there is no scientific or medical reason to ban abortions. Major complications from abortions form less than a quarter of 1 percent of total procedures. Additionally, 99 percent of women do not regret their abortion. Instead, they feel relief.

Abortion restrictions and barriers cause harm and contribute to poor maternal health outcomes. In fact, maternal mortality in the United States grew by 136 percent between 1990 and 2013 after rampant abortion restrictions. Medical science shows that abortion is fundamental to comprehensive reproductive health care.

As other hostile abortion states will undoubtedly use the Texas law as a blueprint, it is more important than ever for Congress to pass the federal Women’s Health Protection Act. This would protect the right to abortion care in all 50 states and eliminate medically unnecessary and burdensome restrictions like the draconian ban passed in Texas.

It is a dismaying state of affairs that Samuel Alito is the last bastion of hope for reproductive rights in America right now. The U.S. Senate is to blame for allowing the right-wing Federalist Society, with its Christian nationalist and extremist litmus tests, to seize control of the nation’s top court over the past five years. The massively overworked and unbalanced federal courts must be immediately expanded and rebalanced. Otherwise, America will see the pillars of reproductive health care fall like dominos — precedent be damned.