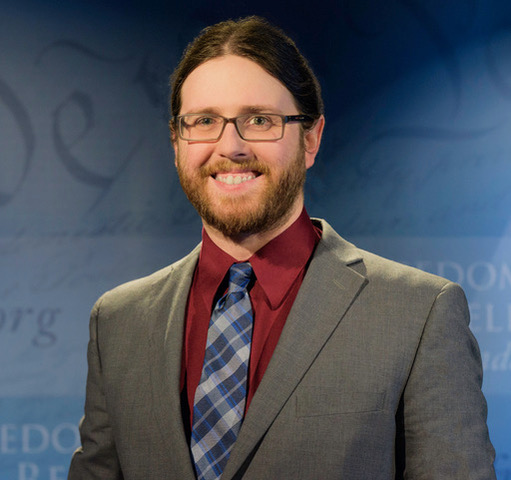 FFRF Staff Attorney Ryan Jayne warns in one of Missouri’s most prominent newspapers about the drawbacks of a new statewide school voucher program.

“Starting next year, state tax money will begin to pay for tuition at private religious schools, mostly for students who would have gone to those schools anyway, thanks to a voucher scheme that Gov. Mike Parson recently signed into law,” Jayne explains in the Springfield News-Leader. “Public funds will now flow into the coffers of church-owned private schools, an arrangement several U.S. Founders vehemently opposed.”

Jayne goes on to elucidate the various negative aspects of the voucher program:

Where public money goes, public accountability should follow. Instead, the Missouri voucher scheme does just the opposite, stating that none of its provisions “permit any government agency to exercise control or supervision over” voucher schools. This is a program that amounts to throwing money into a black hole and hoping for the best, an open invitation to fraud and abuse. This has been tested elsewhere and fails every time.

And the narrative of vouchers rescuing low-income students from underperforming public schools is simply false. First of all, the voucher program creates the problem it purports to fix by intercepting funds that would otherwise go to public schools. Second, studies of voucher schemes in other states repeatedly show no evidence that the academic situation of students with vouchers is improved compared to public school students. Third, across the country we have seen that the lion’s share of voucher funds ends up paying for the tuition of children who would have gone to private schools anyway.

Plus, the new voucher program leaves many kids behind. Only K-12 students in Missouri’s largest cities are eligible to participate, defunding rural schools with no possible benefit. Voucher schools are also allowed to discriminate against students with disabilities, LGBT students or virtually anyone else the school disfavors. The program states that voucher schools “shall not be required to alter its … admissions policy.” This is taxpayer-funded discrimination, plain and simple.

Jayne concludes: “Missouri lawmakers have taken scarce funds away from children and given it to churches. Students deserve better. Legislators should scrap the program before it does serious damage.”

You can read the full op-ed here.

This column is a part of the Freedom From Religion Foundation’s initiative to engage with pertinent issues at the national and the state levels and spread the messages of freethought and nontheism to a mainstream audience.