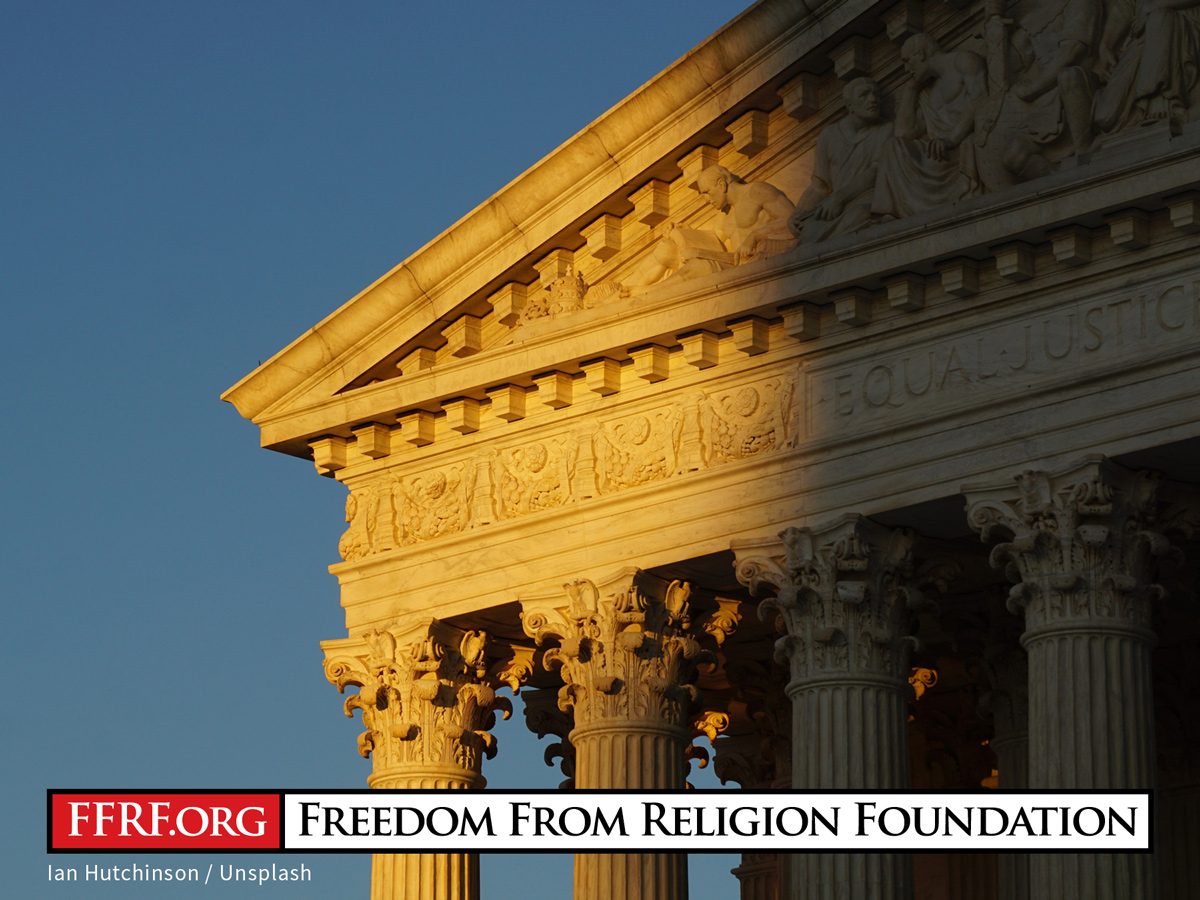 The Freedom From Religion Foundation warns that there is serious trouble ahead for the principle of separation between state and church, given the Supreme Court’s emergency rulings siding with religious objections to Covid-19 health measures.

A recent Reuters study reveals that

The Freedom From Religion Foundation warns that there is serious trouble ahead for the principle of separation between state and church, given the Supreme Court’s emergency rulings siding with religious objections to Covid-19 health measures.

A recent Reuters study reveals that religious groups looking to receive special treatment related to Covid-19 restrictions were granted a win for all cases brought before the Supreme Court — with the help of the emergency voting procedure known as the shadow docket.

The court sided with 10 out of 10 churches or other religious entities challenging public health guidelines amid the coronavirus pandemic in the last 12 months. Every such religious appeal to the Supreme Court through the shadow docket was decided in favor of religion. FFRF reported earlier this year on the concerning trend.

Shadow docket rulings are usually passed hurriedly, without signed opinions or explanations, even when cases are still being actively considered by lower courts. The Reuters study reveals the Supreme Court’s increasing partiality toward religion with the addition of Justice Amy Coney Barrett. Religious groups’ ability to undermine local and state health rules is possible because of former President Trump’s extremist Supreme Court appointments.

Reuters reports that “Decisions can come in the middle of the night, with no public discussion and no guidance to lower-court judges on how to analyze similar cases.”

Of 150 emergency applications received in the past year, only 29 such requests were granted, at least in part. However, religious entities prevailed 10 times, as did the Trump Administration, mainly in its quest to execute death penalty inmates.

“Private petitioners that were not religious entities — including immigrants fighting deportation and 33 people who filed without the assistance of lawyers — are out of luck. None of their requests was granted,” Reuters reports. Yet the high court, to appease conservative Christian and Jewish groups, issued a last-minute midnight ruling before Thanksgiving overturning a New York State restriction that was already scheduled to expire in parts of the state.