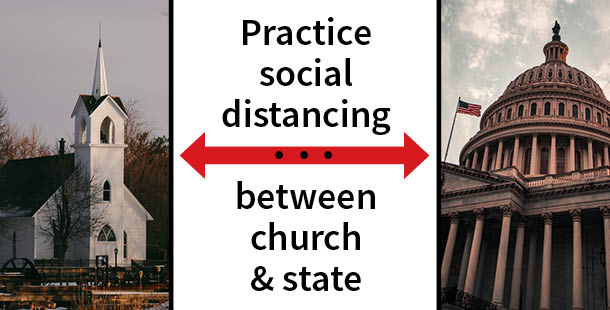 With what’s become a “pandemic of the unvaccinated,” chaos is reigning. Hospitals and medical providers in many parts of the country are overwhelmed again. People are unnecessarily dying. Parents of children under 12 are anxious and concerned about when their children will be cleared for vaccination. The Centers for Disease Control and Prevention has altered its advice to encourage indoor

With what’s become a “pandemic of the unvaccinated,” chaos is reigning. Hospitals and medical providers in many parts of the country are overwhelmed again. People are unnecessarily dying. Parents of children under 12 are anxious and concerned about when their children will be cleared for vaccination. The Centers for Disease Control and Prevention has altered its advice to encourage indoor masking in areas of the country with low vaccination rates — and that’s, unfortunately, a majority of counties. While that’s good advice, the real answer is to require vaccinations.

The Department of Veteran Affairs has recently shown us the way, taking the eminently sensible and rational step of mandating its 115,000 on-site health care workers to be vaccinated. And almost 60 major medical organizations, such as the American Medical Association, have called for compulsory vaccination of all health care workers. It’s about time!

New York City Mayor Bill de Blasio has shown courage by ordering all municipal workers to be vaccinated by the time schools reopen … or face testing. At the state level, California Gov. Gavin Newsom is the first and only governor to show real leadership and mandate that all state government employees and health care workers, public or private, get vaccinated … or be subjected to regular testing. Said Newsom: “We are exhausted by the politicization of this pandemic, and that includes mask wearing that has been equated to the Holocaust. It’s disgraceful, it’s unconscionable and it needs to be called out.” Other governors should show similar courage and follow suit — soon!

Even Alabama’s famously evangelical and anti-abortion governor, Kay Ivey, has had enough. She recently commented that it’s “time to start blaming the unvaccinated folks. . . . It’s the unvaccinated folks that are letting us down.” Alabama is believed to have one of the lowest vaccination rates in the country, with less than 40 percent of its eligible residents fully vaccinated. Ivey needs to put a mandate where her mouth is.

Two other pro-vaccine Republican governors, Arkansas’ Asa Hutchinson and Ohio’s Mike DeWine, have called on the Food and Drug Administration to finalize approval of the Covid-19 vaccines in use in the United States. The so-called “experimental” status of the vaccines is “one of the stated reasons that we hear most often from people who are not getting vaccinated,” says DeWine. As Janet Woodcock, FDA’s acting commissioner, has noted, no corners were cut over development, testing and tracking of these vaccines. It’s time to approve!

As new cases surge, several states are unforgivably shifting to weekly reports on virus outbreaks, including Florida, Nebraska, Iowa and South Dakota. Nebraska Gov. Pete Ricketts irresponsibly announced that the virus was no longer an emergency, and stopped publishing data altogether, until a media outcry forced the state to start republishing. Florida Gov. Ron DeSantis, whose campaign has marketed anti-Fauci T-shirts, signed a bill in May barring businesses and government entities from requiring proof of coronavirus vaccination. Such governmental sabotaging of public health protocol is disgraceful.

That’s why we need a federal mandate. President Biden apparently has seen the writing on the wall and is expected to revise his anti-mandate stance. He is expected to announce that all federal workers must be vaccinated … or face repeated testing. Let’s hope Biden decides to issue a stronger mandate than that, and to add military personnel and anyone else he can.

A University of Florida professor recently told The New York Times, “If we’re respecting the rights and liberties of the unvaccinated, what’s happening to the rights and liberties of the vaccinated?” The politically motivated disinformation campaign, hand-in-hand with religion-abetted anti-science attitudes and conspiracy theories, is, of course, to blame. For the science to prevail, we need to get these vaccines approved, and governments and private businesses at every level to issue mandates.

Science and its practitioners have wonderfully provided a “magic bullet” to end this pandemic; too bad they can’t come up with a magic bullet for willful ignorance. The only thing left is a full-fledged vaccination mandate.