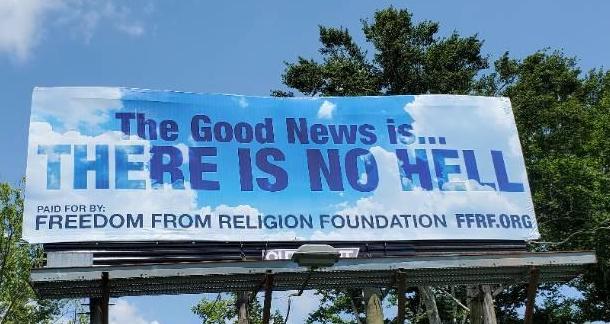 The Freedom From Religion Foundation has placed provocative messages on two billboards outside Dickson, Tenn., thanks to local member Frank Stiver. Dickson is a town of about 15,000 40 miles west of Nashville. 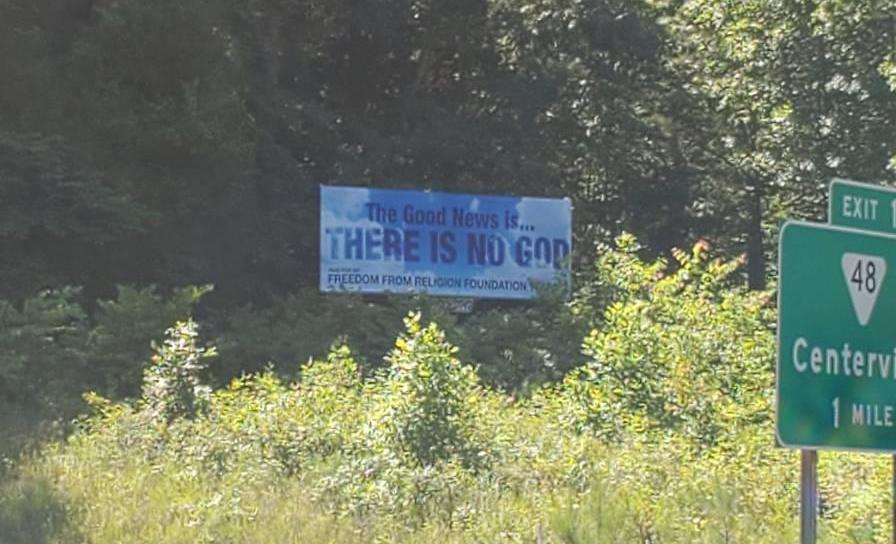 “The Freedom From Religion Foundation believes these billboards proclaim truly good news,” says FFRF Co-President Dan Barker, an author and evangelical minister turned atheist. “The concept of a place where individuals are tortured eternally for being the ‘wrong’ religion is reprehensible. Humans should not be enslaved to the concept of a vengeful deity.”

FFRF is grateful to Stiver for helping it spread “the good news.”

The Freedom From Religion Foundation, a national state/church watchdog, has more than 35,000 nonreligious members and several chapters around the country, including hundreds of members and a chapter in Tennessee.