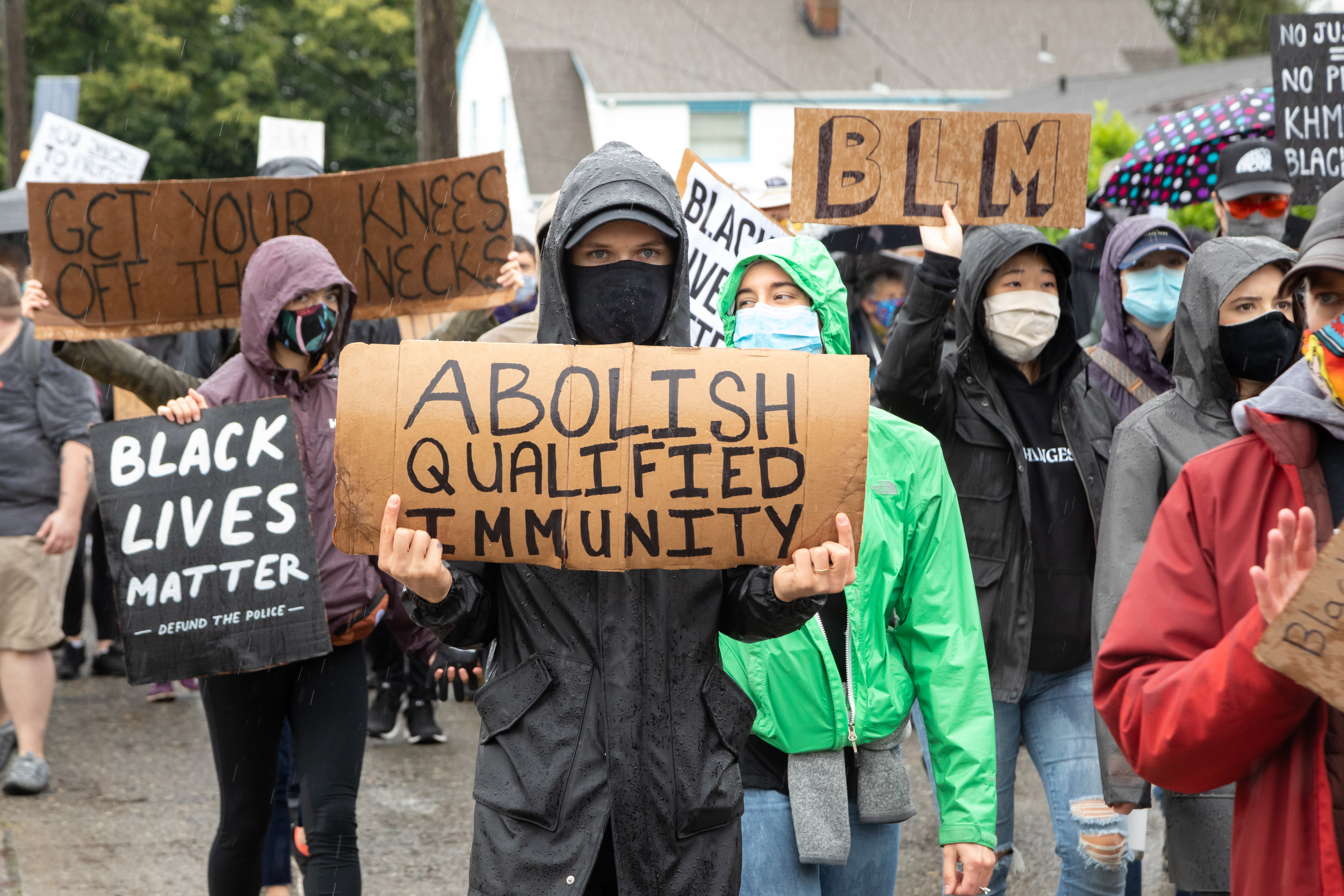 The Freedom From Religion Foundation has joined more than 80 other organizations in calling for an end to the judicially created doctrine of qualified immunity — which shields state officials from liability for their misconduct even when they violate the Constitution.

The criminal killing of George Floyd by police officer Derek Chauvin has put a spotlight on this legal doctrine.

“This doctrine has hampered our ability to fight for civil rights across the legal spectrum, not just on issues of state/church separation and true religious freedom, but also discrimination on the basis of race, sex and sexual orientation,” explains FFRF Legal Director Rebecca Markert. “Nobody should be above the law.”

FFRF is particularly concerned about the fact that qualified immunity makes it hard for citizens to hold individual government officials accountable when they use the power of their office to impose their personal religion on others. Often, officials know what they are doing is wrong, but that they won’t personally suffer any consequences.

The group letter, dated May 10, explains that qualified immunity is not a statutory or constitutional requirement, but an obstruction created by judges. Like the issue of “standing” (jumping through hurdles to prove you have the right to sue), qualified immunity has been used to protect government officials who violate the law, especially the separation of state and church.

One of many FFRF lawsuits in which this doctrine has been invoked to fight legal challenges from the state/church watchdog includes the case it just won against Texas Gov. Greg Abbott.

The letter explains the problems with qualified immunity and with adopting incomplete solutions to fix it. For instance, in early March, the House passed HR 1280, the George Floyd Justice in Policing Act, which would end qualified immunity for state and local law enforcement.

“But HR 1280 is only a half measure,” the groups maintain, “and half measures on qualified immunity will not do when attempting to hold police and other state actors accountable for unconstitutional acts.” The bill would remove qualified immunity for law enforcement, but solidify it in every other area of the law and insulate other officials permanently, including school officials, caseworkers, social workers, detention and correctional facility staffers, probation officers and government employers.

The letter details several recent applications of the doctrine that, while harrowing, are sadly typical.

The effort was spearheaded by the Constitutional Accountability Center.

“Since we began FFRF, we have been continually thwarted in correcting constitutional violations due to the doctrine of qualified immunity,” adds FFRF Co-President Annie Laurie Gaylor.

Photo via Shutterstock by VDB Photos