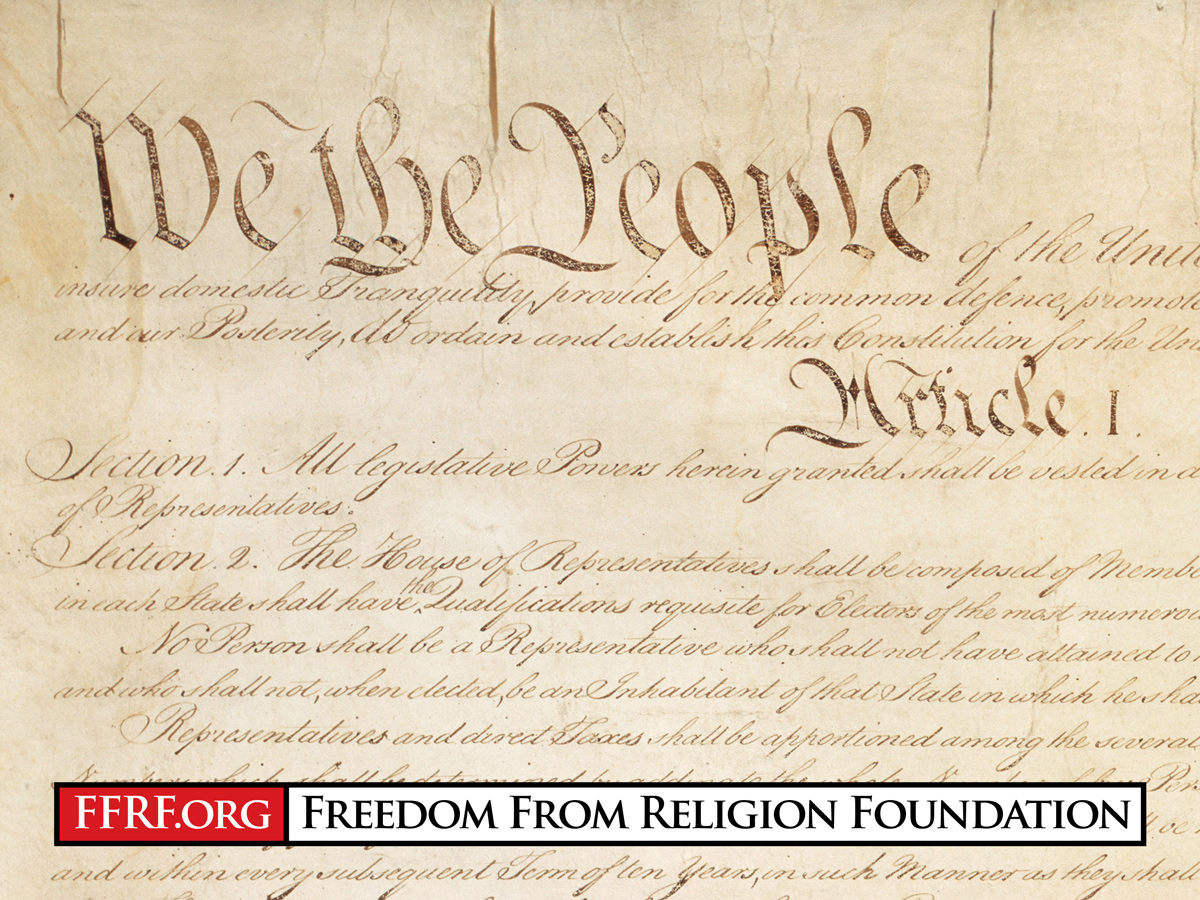 The Freedom From Religion Foundation is educating Kelly Tshibaka, a U.S. Senate candidate in Alaska, on the founding principle of separation between state and church.

Tshibaka was co-founder and formerly pastored The Lighthouse Fellowship, affiliated with the Foursquare Church, founded by evangelist Aimee Semple McPherson. She has recently been under fire for supporting a gay conversion therapy group when in college.

Kelly told an interviewer in 2015, “God keeps wanting me to serve in government . . . I’m more valuable to His work here than at church.”

While at Harvard Law School, Tshibaka also wrote several articles that are now resurfacing that reveal an alarming lack of awareness about one of the central founding principles of our secular democracy. She has written, for example, that “There is no wall of separation between church and state.”

FFRF Co-Presidents Annie Laurie Gaylor and Dan Barker have written a letter to Tshibaka to correct this erroneous claim.

“Separation of state and church is a founding American principle that benefits every citizen and treats us all equally. It’s a prerequisite for the religious freedom so many Americans cherish,” write Gaylor and Barker. “Without the separation of state and church, public officials can use government power and the machinery of the state to impose their religion on other citizens.”

The phrase, “a wall of separation between church and state,” FFRF informs Tshibaka, was coined by President Thomas Jefferson in a carefully crafted letter to the Danbury Baptists in 1802, when they had asked him to explain the meaning of the Establishment Clause of the First Amendment. The Supreme Court, and lower courts, have used Jefferson’s phrase repeatedly in major decisions upholding governmental neutrality in matters of religion.

“Anyone seeking to represent ‘We the People’ as a member of Congress and take an oath to the U.S. Constitution should be aware of the secular founding principles of the document,” comments Gaylor.

Disclaimer: The Freedom From Religion Foundation is a 501(c)(3) organization and, in accordance with IRS regulations, does not endorse any candidate for public office.

The Freedom From Religion Foundation is a Madison,Wis.-based national nonprofit organization with more than 35,000 members across the country, including in Alaska. Its purposes are to protect the constitutional principle of separation between state and church, and to educate the public on matters relating to nontheism.