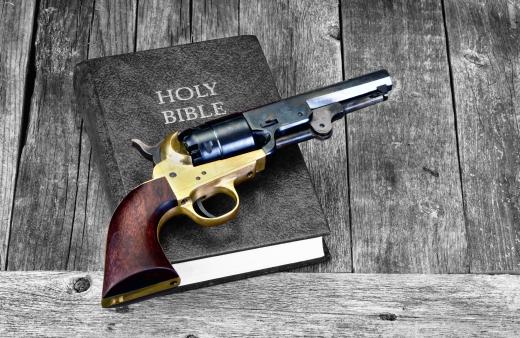 Eight people are dead — including six Asian-American women — after a shooter attacked three massage parlors in the Atlanta area yesterday evening. All violence is abhorrent, but attacks are particularly repellant when they target individuals based on color, sex, religion, nationality or culture.

In this case, the mass murderer seems to have targeted Asian-Americans, who have increasingly become recipients of random attacks of street violence, including beatings and murders of elderly individuals, following Donald Trump’s inflamed rhetoric during his presidency over the “China virus.” Misogyny is another likely possibility. Georgia is also the site of a contentious election and fallacious allegations of fraud. The jury is still out on motivation.

We also don’t know whether religion played a role, but it should not be ruled out. Typically, terrorists and assailants need a moral justification to evil and often religion is there to provide it. In any case, it’s clear the shooter is religious. His Christian testimony was featured on social media for the Crabapple First Baptist Church, where the shooter and his family have a long history. The church has condemned the murders and is now scrubbing social media. In the now-deleted Facebook post featuring the shooter’s testimony, the church wrote, “We had the joy of witnessing the baptism of [the shooter] yesterday!”

The shooter served as one of 11 people on the church’s Student Ministry Team as recently as 2018. The team “exists to see students receive Jesus Christ as Lord, and walk in Him, being rooted in the faith.”

One of his social media account bios read: “Pizza, guns, drums, music, family, and God. This pretty much sums up my life.” The shooter’s Facebook page featured a video of him explaining his baptism and rebirth in Jesus: “When I was 8 years old, I thought I was becoming a Christian, and got baptized during that time. . . . And after that time, there wasn’t any fruit from the root that is our salvation.” On hearing a youth pastor preach about the prodigal son, he wrote, “By the grace of God, I was able to draw the connection there and realize this is a story between what happened with me and God. I ran away living completely for myself, and he still wants me, and so that’s when I was saved.”

One of his former high school classmates described the 21-year-old as “very innocent seeming and wouldn’t even cuss. . . . a hunter and his father was a youth minister or pastor. He was big into religion.”

Let’s follow the facts and not whitewash any possible religious motivation any more than we would for racism or misogyny. Regardless of motivation, America’s lack of gun safety regulations, something most FFRF members favor, made it easy for this disturbed individual to murder so many innocent Americans. This is a recurrent tragedy that must end.