The Freedom From Religion Foundation and its Chicago chapter are unveiling a timely secular advertising campaign promoting science and pandemic safety in the Windy City.

The artwork features a striking image of Charles Darwin wearing FFRF’s “In Science I Trust” face mask next to the message: “In Science We Trust. Please Stay Safe.” It combines FFRF's pro-science thrust with a celebration of Darwin Day (Feb. 12 is the birth anniversary of the scientific giant).

The 14-by-48-foot display is located on Lincoln Avenue near Foster Avenue in Chicago's Lincoln Square neighborhood and will remain up through the end of February.

“Our important message — that science works and to trust in science — was a natural selection given the continuing pushback by the Christian Right against masking and social distancing mandates,” says FFRF Co-President Dan Barker. 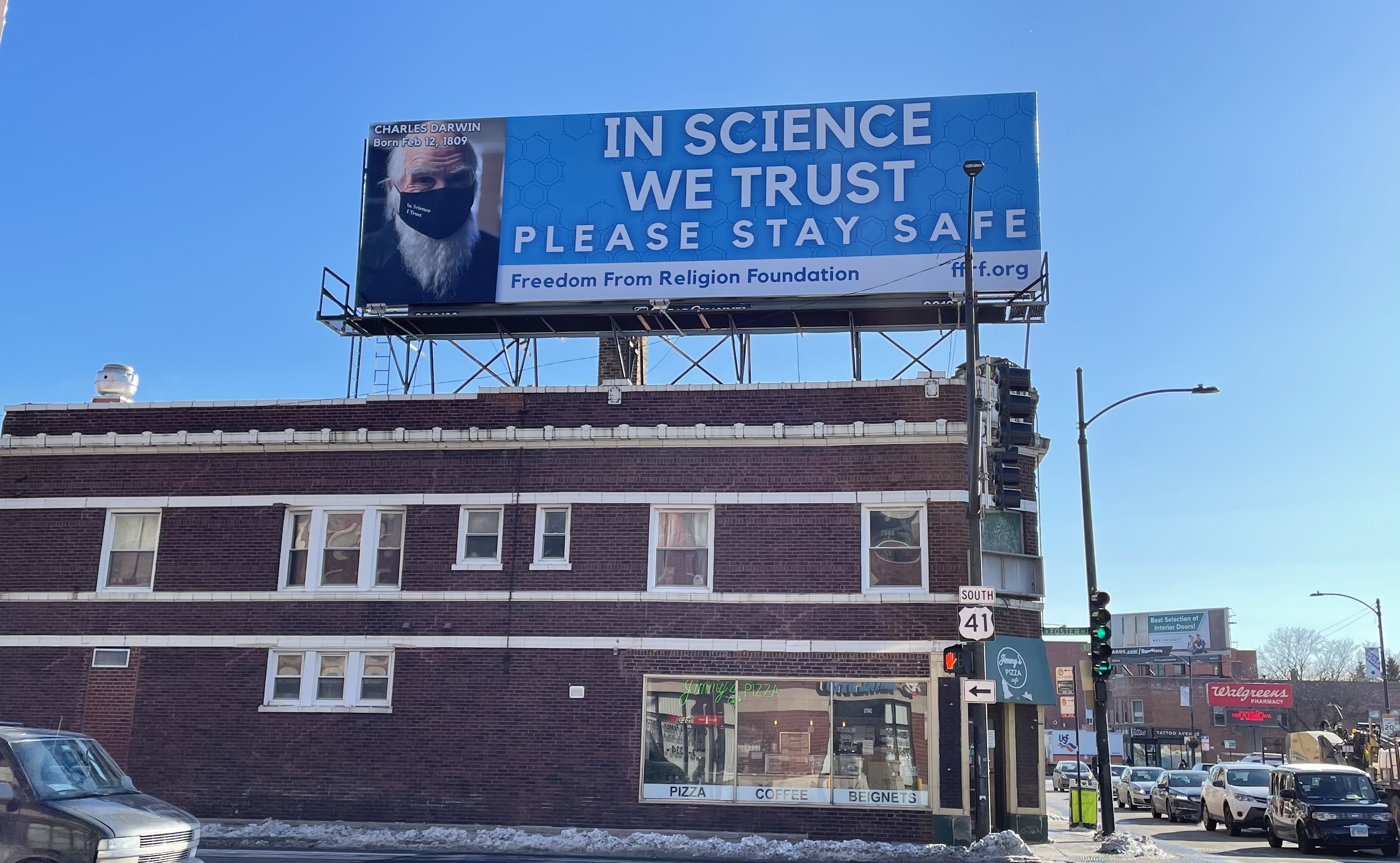 FFRF warmly thanks its FFRF Metropolitan Chicago Chapter Executive Director Tom Cara for his leadership in coordinating the project.

“This new billboard is timely in two ways,” comments Cara. “First, to encourage everyone to help keep us all safe by trusting in science, not superstition, and to mask up! Second, to give science the respect it deserves by honoring the birthday of Charles Darwin. During this critical time in our history, it is very important we recognize the outstanding contributions of those in the science and medical fields.”

The Freedom From Religion Foundation is a Madison, Wis.-based national nonprofit organization with more than 33,000 members and several chapters across the country, including more than 1,000 members and the Metropolitan Chicago chapter in Illinois. Its purposes are to protect the constitutional principle of separation between state and church, and to educate the public on matters relating to nontheism.