The expanding role of Christian Nationalism in the Capitol attack 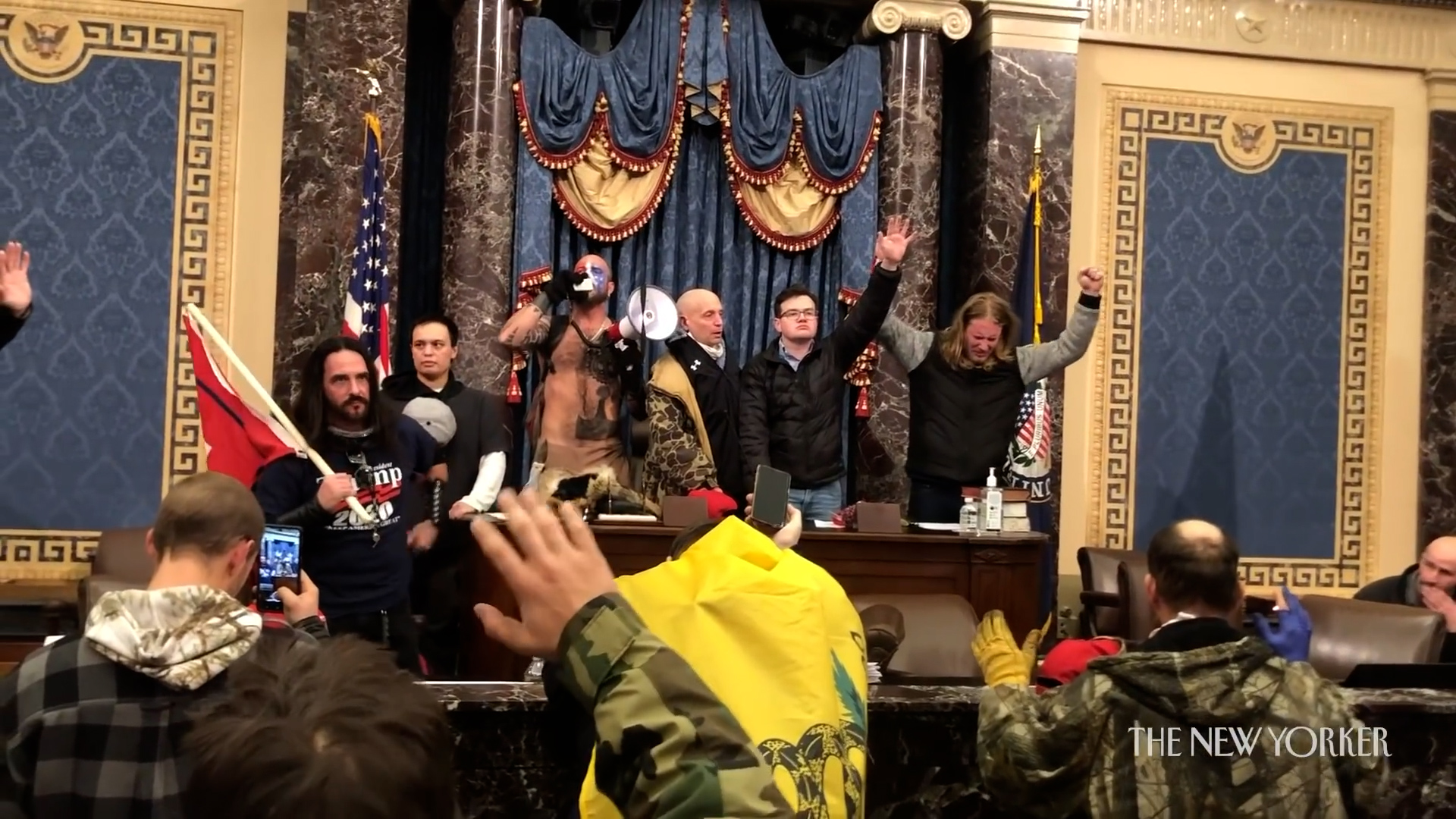 Is America finally waking up to the threat Christian Nationalism poses? The Freedom From Religion Foundation, which has been educating about the dangers of theocratic extremism for decades, is hopeful the attack on the Capitol has opened the nation’s eyes.

Over the weekend, The New Yorker published striking video of insurrectionists praying to Jesus on the floor of the Senate. The prayer comes about 8 minutes into the 12 and a half minutes of footage from the assault. Luke Mogelson, a veteran war correspondent and a contributing writer at The New Yorker who has been reporting on the violent edges of the Trump movement and was at the Capitol, captured the moment.

Jacob Chansely, aka “Jacob Angel” and “QShaman,” who — bare-chested, face-painted, adorned in furs and a horned Viking hat — figures prominently in footage from the Capitol insurrection, led the Christian prayer. Following the prayer, he scratched out and left a threatening note on Vice President Mike Pence’s desk. Chansely removed his horned hat and started to pray as the demonstrators in the chambers threw up their arms in supplication:

Jesus Christ, we invoke your name. Amen! [Cheers of Amen!]

Let’s all say a prayer! . . . Thank you, Heavenly Father, for gracing us with this opportunity. . . Thanks to our Heavenly Father for this opportunity to stand up for our God-given unalienable rights. Thank you, Heavenly Father, for being the inspiration needed to these police officers to allow us into the building, to allow us to exercise our rights, to allow us to send a message to all the tyrants, the communists and the globalists that this is our nation, not theirs, that we will not allow the America — the American way of the United States of America to go down.

Thank you, divine, omniscient, omnipotent, and omnipresent Creator God, for blessing each and every one of us here and now.

Thank you, divine Creator God, for surrounding and filling us with the divine omnipresent white light of love and protection, peace and harmony.

Thank you for allowing the United States of America to be reborn.

Thank you for allowing us to get rid of the communists, the globalists and the traitors within our government.

We love you and we thank you. In Christ’s holy name we pray. [Cheers of Amen!]

Chansely was indicted on Jan. 11 for his role in the putsch. A photo of Chansely shaking hands with Rudy Giuliani in November has since surfaced. (Giuliani, Trump’s attorney, called for “trial by combat” at the Save America rally preceding the raid on the Capitol.)

Peter Manseau, the curator of American Religious History at the National Museum of American History for the Smithsonian, has crowdsourced a project on social media with scholars, religion journalists, activists, writers and others, including FFRF Director of Strategic Response Andrew Seidel. They have been cataloging the connections with the hashtag #CapitolSiegeReligion. (Manseau recently published The Jefferson Bible: A Biography.) You can add to this growing catalog.