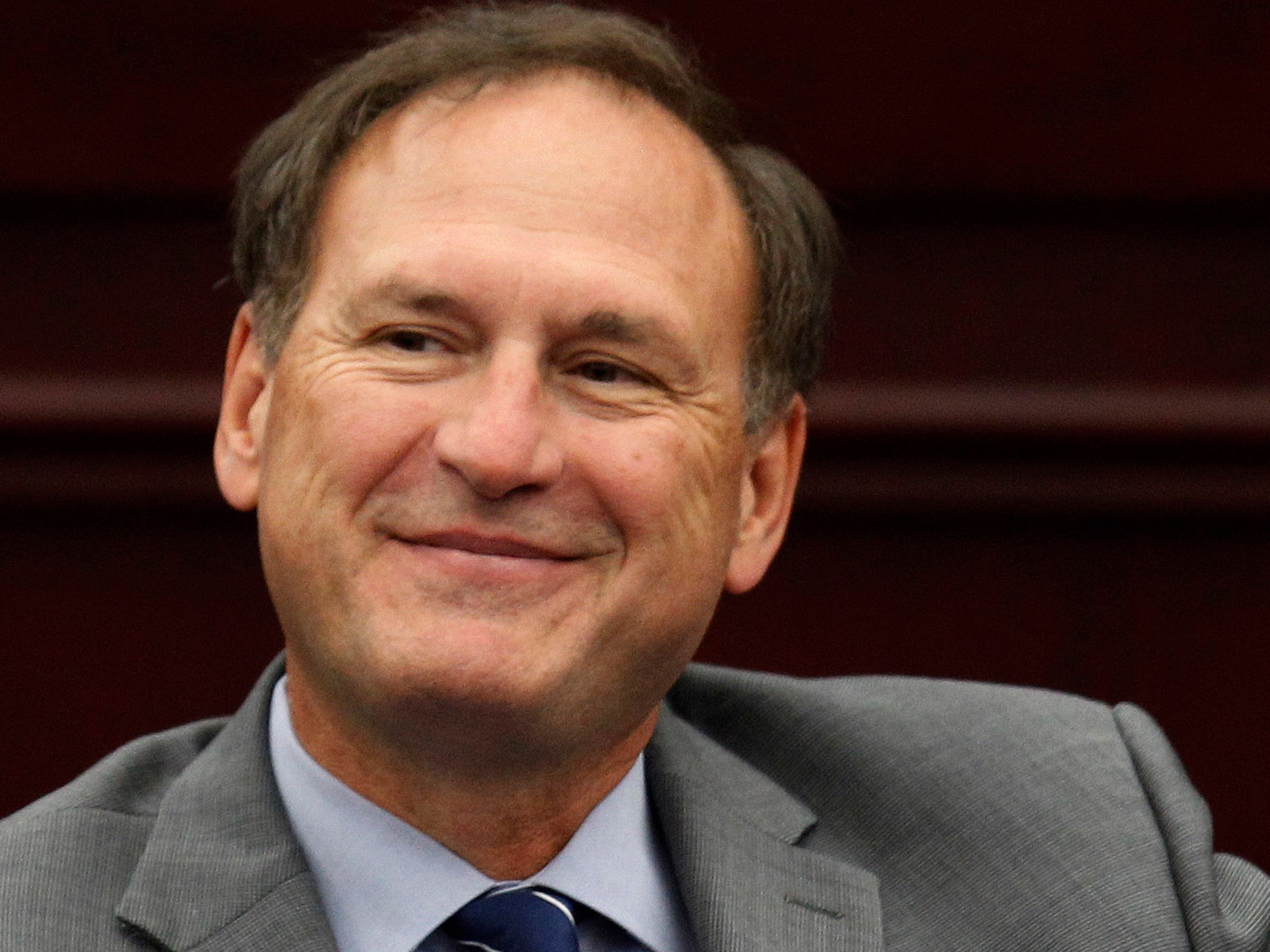 It’s no secret that Donald Trump let the ultraconservative Federalist Society select nominees: “We’re going to have great judges, conservative, all picked by the Federal Society.” Nearly all of President Trump’s 200-plus judicial nominees, including his three Supreme Court justices, have had ties to the conservative group.

Alito’s speech was the screed of an embittered, embattled minority fighting against the overwhelming majority. It highlights a central problem this country will face moving forward. Most Americans are not so conservative. Alito’s views are increasingly unpopular. He espouses the views of the conservative white, male, Christian Nationalist demographic. A shrinking demographic; a dwindling minority. But Alito is part of a 6-3 majority on the Supreme Court. He’s an unpopular minority but empowered for life on a packed court.

This speech was an admission, a confession. Alito admitted that we are a nation governed by minority rule and confessed that, although their grasp on legislative power is slipping, Alito and his five buddies will solidify that minority rule with their judicial power.

Alito’s words have alarming implications for FFRF’s work. We have been racing to fight against a radical attempt to redefine religious freedom, and Alito made it clear that this push is only going to get stronger. In Alito’s fantasy, religious liberty requires that laws exempt Christians who disagree with the law, that Christians be allowed to discriminate as they see fit, and that Christian views on same-sex marriage and reproductive rights must be forced on the entire legal system.

Shockingly, he did this while condemning public policy based on science and reason, even in the middle of a lethal pandemic: “Just as the COVID restrictions have highlighted the movement toward rule by experts, litigation about those restrictions has pointed up emerging trends in the assessment of individual rights. This is especially evident with respect to religious liberty. It pains me to say this, but in certain quarters, religious liberty is fast becoming a disfavored right.”

Alito talked about a famous religious liberty case, “a Supreme Court decision called Employment Division v. Smith” authored by Justice Antonin Scalia, which Alito claimed “cut back sharply on the protection provided by the Free Exercise Clause of the First Amendment.” He added, “Congress was quick to respond. It passed the Religious Freedom Restoration Act (RFRA), to ensure broad protection for religious liberty.” Just eight days before this speech, Alito participated in oral arguments in Fulton v. Philadelphia, a case in which a Catholic organization is asking Alito and the other justices to overturn the very decision Alito just maligned.

Alito also opined on the Masterpiece Cakeshop case, which was heavily cited by the parties in Fulton, leaving no doubt which way he will rule in Fulton. He could not have been more clear: “For many today, religious liberty is not a cherished freedom. It’s often just an excuse for bigotry, and it can't be tolerated, even when there is no evidence that anybody has been harmed.”

“I’ll wager a year of my nonprofit salary that he finds for the Catholic organization and against the city,” says FFRF’s Director of Strategic Response Andrew Seidel.

Alito seems to prefer Catholic organizations that come before the court. Like Trump during some of his press conferences, Alito focused on “the protracted campaign against the Little Sisters of the Poor, an order of Catholic nuns.” He said that “the Little Sisters have been under unrelenting attack for the better part of a decade. Why? Because they refused to allow their health insurance plan to provide contraceptives to their employees. For that they were targeted by the prior administration. If they did not knuckle under and violate a tenet of their faith, they face crippling fines, fines that would likely have forced them to shut down their homes.” This is a Supreme Court justice talking about pending litigation. This wasn’t a mistake; he knew what he was doing: “The case was sent back to the Court of Appeals. And the Little Sisters legal fight goes on and on.”

Alito inappropriately discussed cases that have already been ruled on an interim basis, but that are continuing to work their way to the high court, such as pandemic “restrictions,” specifically discussing cases in Nevada and California, and snidely making his loathing for such orders clear: “Take a quick look at the Constitution. You will see the Free Exercise Clause of the First Amendment, which protects religious liberty, you will not find a craps clause or a blackjack clause or a slot machine clause.” He also spoke of a pharmacy case out of Washington, in which a business meant to provide care for people refused a prescription. In Alito’s biased retelling, this was about “so-called morning-after pills, which destroy an embryo after fertilization.”

In one of the most disturbing passages of his speech last night, Alito again attacked marriage equality. Because homophobes are now called out as bigots, even if their bigotry is rooted in the bible, Alito sees this as discrimination against his religion. That’s right, religious bigots getting called out for their bigotry is bigotry in Alito’s addled world: “You can’t say that marriage is the union between one man and one woman. Until very recently, that’s what the vast majority of Americans thought. Now it’s considered bigotry. That this would happen after our decision in Obergefell should not have come as a surprise.”

Under federal statute and the Code of Conduct for United States Judges, judges must recuse themselves from cases where a “judge’s impartiality might reasonably be questioned.” Unfortunately, ethics and recusal rules do not apply to the Supreme Court — something that ought to change. Instead, we rely on the justices’ personal ethics and moral code to guide them to recuse when their impartiality might be questioned.

But a judge with sound ethics would have hesitated before speaking to the Federalist Society in 2020, after it has helped pack the courts with partisan conservatives and Christian Nationalists. And any judge with ethics would not have spoken as Alito did. The Freedom From Religion Foundation has no faith that Alito will do the right thing in these instances precisely because his speech smacked of an entitled man above the law, not a man of the law.

Alito certainly did not mean for his speech to be a clarion call for court reform, something he condemned in his speech. But it is. If America fails to heed this call, we’ll pay a dear price. It’s time to expand the Supreme Court and the federal judiciary.