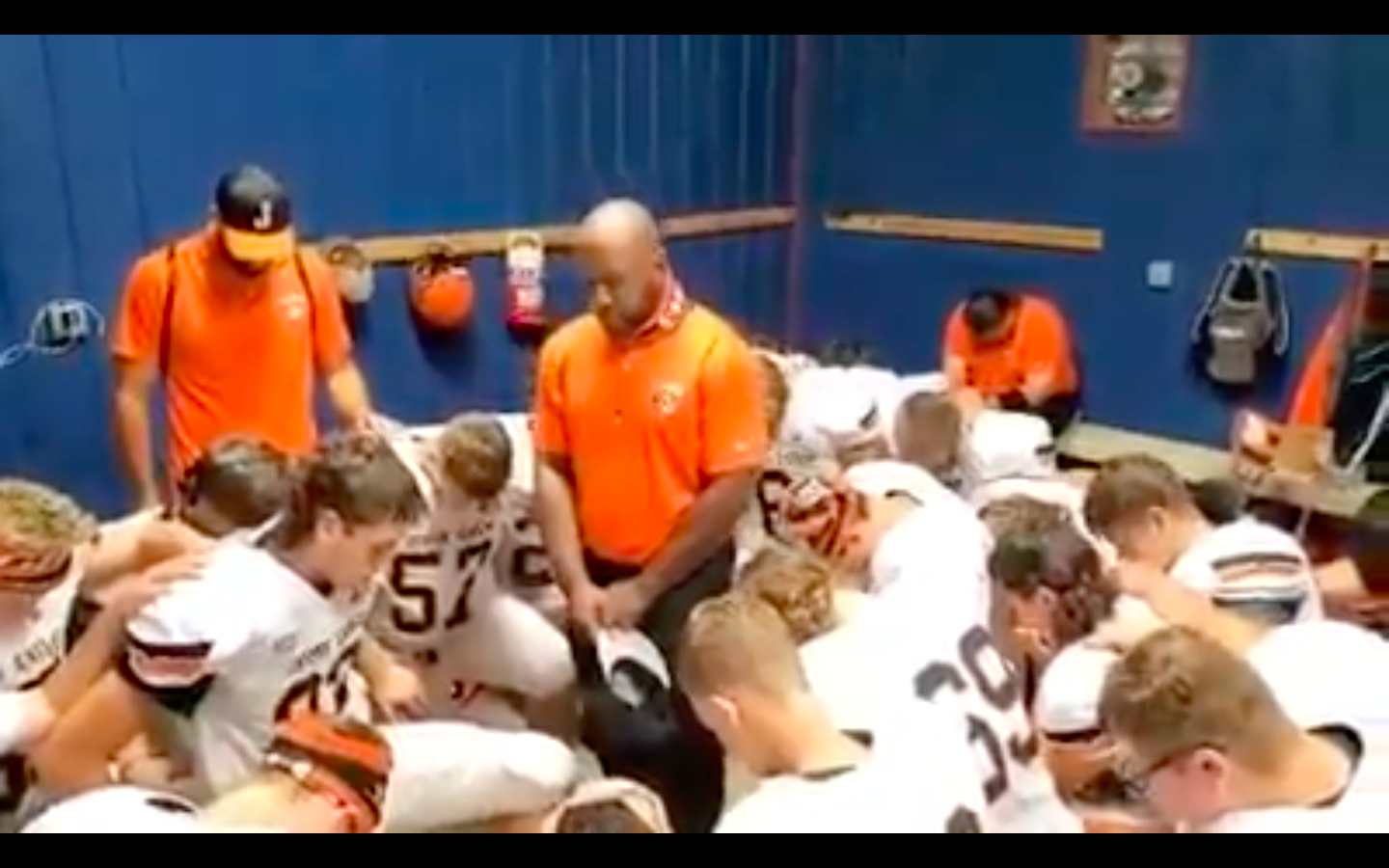 A Missouri school district has listened to the Freedom From Religion Foundation and ended its football coaching staff’s practice of praying with the student-athletes.

Joey Ballard, head coach for Jasper High School’s boys football team, regularly led team prayer, a concerned parent of a player had informed the state/church watchdog. During these prayers, student-players gathered around Ballard on bended knee, with additional coaching staff surrounding the students while Ballard delivered a Christian prayer and then led the students in reciting the Lord’s Prayer.

It is illegal for public school athletic coaches to lead their teams in prayer, FFRF reminded the school district.

Head Coach Joey Ballard’s conduct was unconstitutional because he endorsed and promoted his religion when acting in his official capacity as a school district employee, as did the other coaches when they participated in these prayers, FFRF explained.

FFRF’s constitutional advice has been heeded.

“Students should never have to pray to play,” says FFRF Co-President Annie Laurie Gaylor. “We’re glad we put an end to this outrageous practice.”

The Freedom From Religion Foundation is a national nonprofit organization with more than 33,000 members across the country, including over 400 members in Missouri. Its purposes are to protect the constitutional principle of separation between state and church, and to educate the public on matters relating to nontheism.