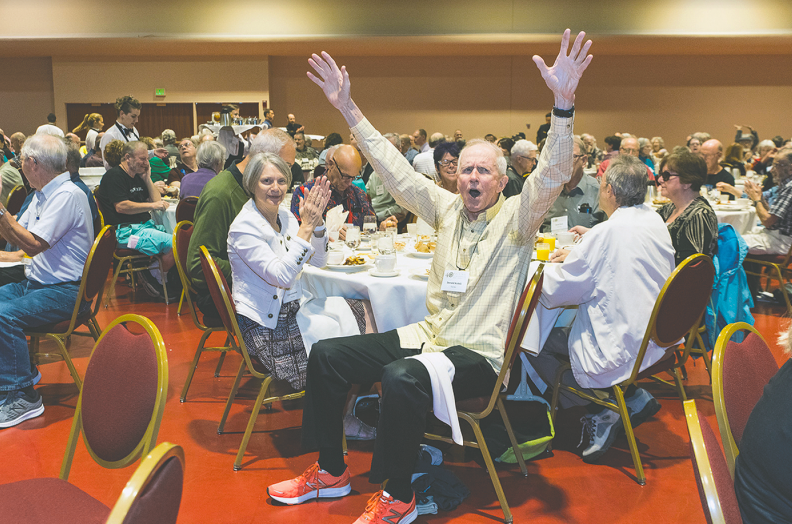 We asked our 32,000 current members of the Freedom From Religion Foundation more about themselves, and they answered — over 12,000 of them, which is an amazing response. (A standard response rate is 10-15 percent.)

Here’s the scoop: The typical FFRF member is a retired, married man and self-described atheist with a four-year college degree. He left Protestantism because “religion doesn’t make sense” and is a first-generation freethinker. The typical member has spoken out about state/church entanglements and discusses freely his lack of religion.

Seventy percent are male, 29 percent female and the remaining percentage nonbinary or preferred not to say. Ninety-five percent of respondents identify as white, a reason why FFRF’s board has embarked on a concerted diversity/inclusion plan. Only 10 percent have a child or children under the age of 18 in their household.

Almost 12 percent consider themselves to be part of the LGBTQ community, compared to 4.5 percent in the general population.

FFRF members, when asked “Which single term best describes your nonreligious views,” chose “atheist,” with 70 percent so identifying, followed by humanist at 9 percent, freethinker at 8.9 percent and agnostic at 7 percent (with a smattering of “other”). Three-quarters identify as a first-generation freethinker, 19 percent as second generation, and only 4 percent third-generation.

Slightly more than half indicate “My spouse/companion is also a nonbeliever,” 24 percent agreed “Most of my immediate family members are also nonreligious,” and 42 percent with “Most of my child(ren) are nonbelievers.”

But responses also told a story of the continuing lack of acceptance for nonbelievers in the United States, with more than a quarter “wary of letting others know I reject religion,” 21 percent who “feel like the only ‘infidel’ in my area,” and 22 percent experiencing social stigma or other reprisal as a nonbeliever.

The upset question was: “Do you live with a cat or dog?” Those with dogs (35.6 percent) slightly outnumbered those with cats (32 percent) but the “no pet” category won overall (39 percent). This compares to Americans overall living with a dog (44 percent) and living with a cat (29 percent). More than 10 percent of FFRF’ers have both a cat and dog.

The number of FFRF members who are vegetarian or vegan continues to climb, to almost 13 percent compared to about 4 percent of the general population. More than 33 percent engage in regular volunteer work, higher than the national average of 25 percent.

Most FFRF’ers are long-term members, with 43 percent being members for at least two-five years; in fact, 75 percent have been members at least that long, including 20 percent for six-10 years.

And we were very pleased that 60 percent of you rate your overall satisfaction with FFRF as “very satisfied” and 38 percent as “satisfied” (that’s a 98 percent satisfaction rate!).

We’re still going through the optional comments left by more than 4,000 members with great interest and analyzing responses over in-house items.

“And something that makes FFRF very proud is that 98 percent of our members are registered voters, thus confirming our slogan: We’re secular and we vote!” says Annie Laurie Gaylor, FFRF co-president and co-founder. 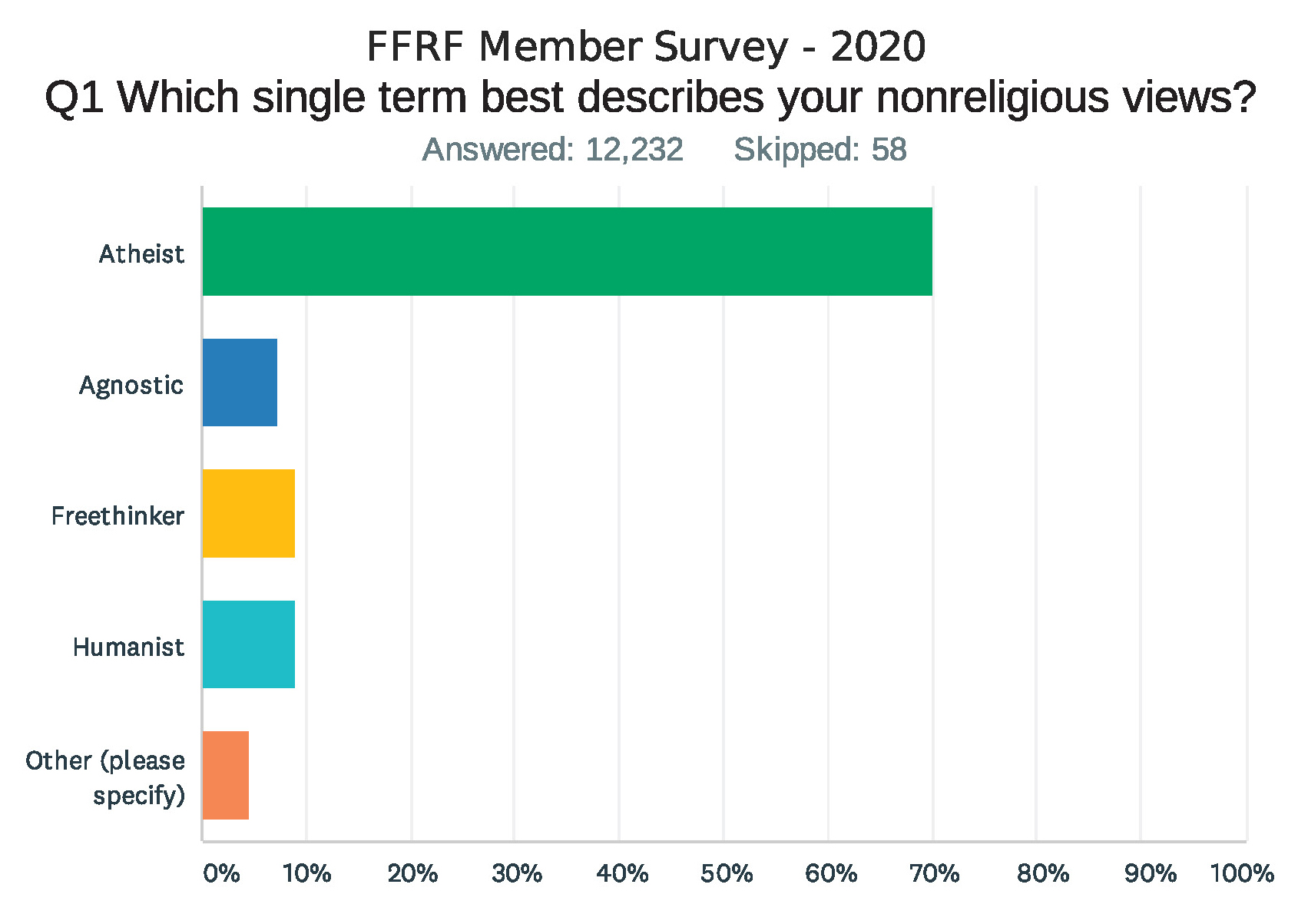