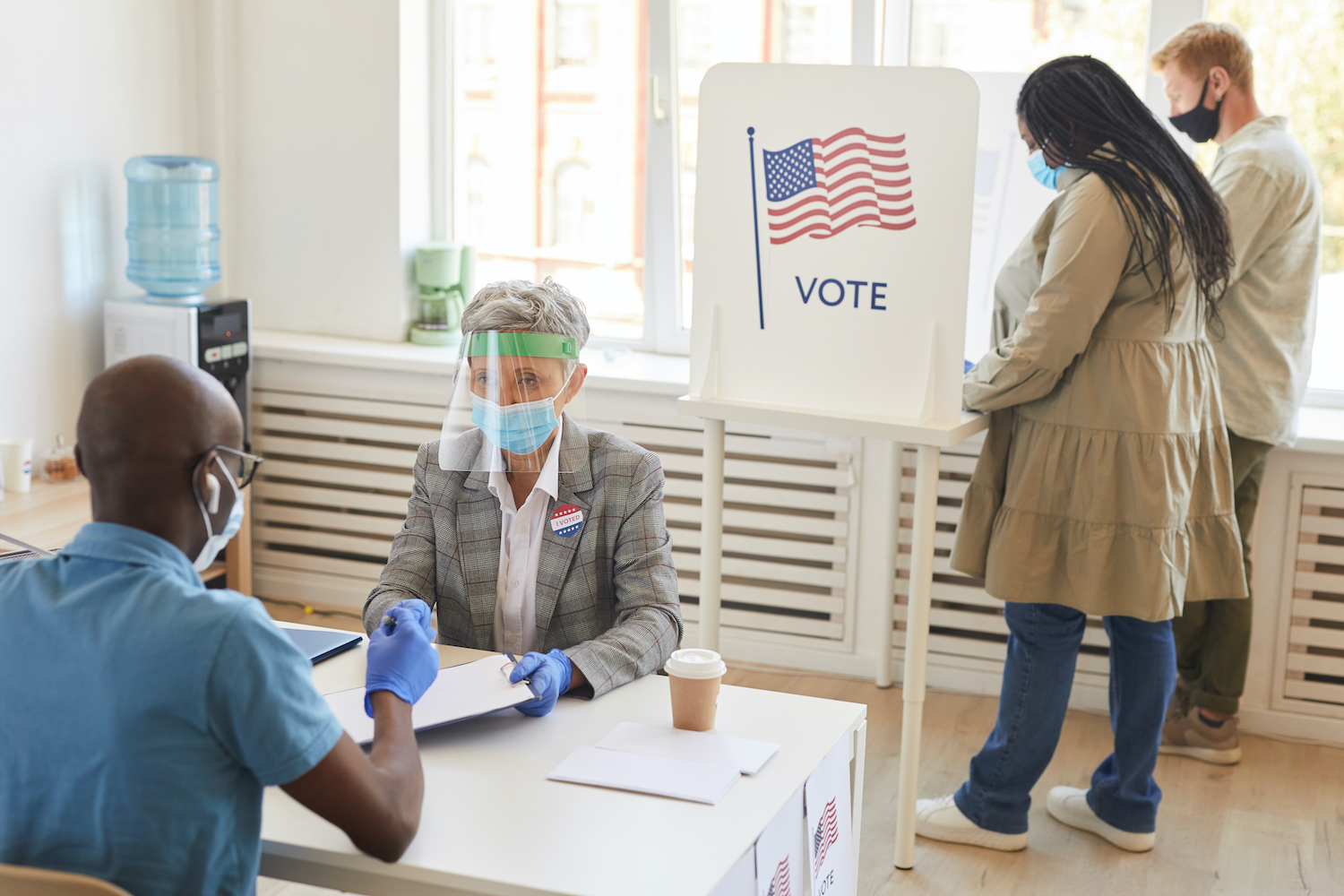 The Freedom From Religion Foundation has filed a federal lawsuit challenging a mandatory religious oath for voter registration that is unique to Alabama.

Alabama is the only state in the country that requires voters to register on a form mandating they swear “so help me God,” without allowing any option of a secular affirmation.

FFRF is filing on behalf of four Alabama citizens who have encountered and objected to this religious test when trying to register to vote. The defendant is Alabama Secretary of State John H. Merrill.

“The Alabama secretary of state excludes Alabama citizens from being able to vote if they are unable to swear a religious oath,” the lawsuit states. “The secretary of state’s official policy is to hinder the registration of voters who are unable to swear ‘so help me God.’ This policy violates the rights of the plaintiffs and others under the First and 14th Amendments to the United States Constitution.”

The lead plaintiff, an atheist, Randall Cragun, has sought to register to vote in Alabama since November 2019, using a mail-in form downloaded from the secretary of state’s website. The bottom of the voter declaration section warns, “Read and sign under penalty of perjury,” and adds: “If you falsely sign this statement, you can be convicted and imprisoned for up to five years.” Voters submitting this registration form in Alabama must sign the voter declaration, beginning “I solemnly swear or affirm” and concluding with “so help me God.”

Cragun contacted the secretary of state’s office to ask about the process to register to vote without swearing an oath reading, “so help me God.” The following day, the director of elections informed him, “There is no legal mechanism to register to vote in AL without signing the oath as it is stated.” He continued, “If you cross out a portion, the board of registrars in your county will reject the application and ask you to resubmit.”

Alabama is the only state in the United States that requires voters to register on a form mandating they swear “so help me God.” In all other states, voters are provided a completely secular registration form or are not required to submit an oath or affirmation at all.

Government officials also routinely allow attorneys, jurors, witnesses and many others who must take an oath to make a secular affirmation instead when they are unable to swear “so help me God” as a matter of conscience.

FFRF previously sent a letter to the secretary of state, noting that any requirement for religious oaths violates the First Amendment of the Constitution, which bars religious tests. In Torcaso v. Watkins, the Supreme Court held that neither a state nor the federal government may force a person to profess a belief or disbelief in any religion. “The prohibition on mandatory religious oaths is a well-settled issue,” FFRF’s letter added.

A prior case brought in Alabama in the 1970s was resolved in favor of a challenger to a mandatory oath. In Nicholson v. Bd. of Comm’rs of Ala. State Bar Ass’n, the court said, “We hold that it is a violation of the Constitution for the state of Alabama to compel plaintiff to swear an oath invoking the help of God as a prerequisite to entering upon the practice of law.”

The plaintiffs, and FFRF on their behalf, are seeking the following relief: “A permanent injunction (a) prohibiting the secretary of state from requiring voters who register to swear so help me God, and (b) ordering the secretary of state to provide registration forms that permit the plaintiffs to register to vote without swearing ‘so help me God.’”

The plaintiffs are also asking for a declaratory judgment that the secretary of state has violated the U.S. Constitution by issuing voter registration forms that require all registrants to swear “so help me God” without the option of a secular affirmation.

“The secretary of state has willfully excluded nontheist citizens from registering to vote,” says FFRF Senior Litigation Counsel Patrick Elliott, “and is coercing a statement of belief in a monotheistic god by requiring nontheists to swear a religious oath.”

“It is deplorable that in our secular nation nontheistic citizens are encountering a religious test to register to vote,” says FFRF Co-President Annie Laurie Gaylor. “No citizen should have to choose between their right to vote and their freedom of conscience.”

The lawsuit has been filed in the U.S. District Court for the Northern District of Alabama, Southern Division. Steven P. Gregory of the Birmingham-based Gregory Law Firm is serving as the local counsel. FFRF Senior Litigation Counsel Patrick Elliott and FFRF Associate Counsel Liz Cavell are also attorneys in the case.

The Freedom From Religion Foundation is a national nonprofit organization with more than 32,000 members across the country, including hundreds of members in Alabama. Its purpose is to protect the constitutional principle of separation between state and church.

Photo via Shutterstock by SeventyFour