Ky. school district assures FFRF its graduations will be secular 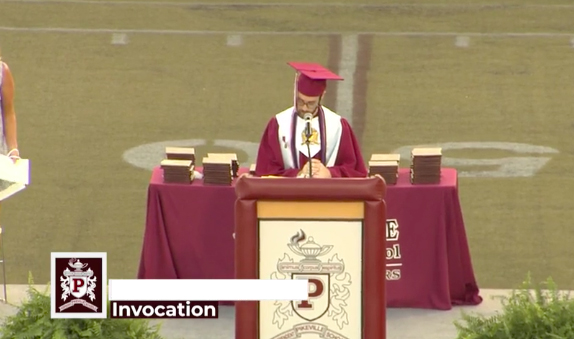 A Kentucky school district has pledged to the Freedom From Religion Foundation that it won’t have prayerful graduation ceremonies in the future.

A concerned citizen contacted the state/church watchdog to report that this year’s Pikeville High School graduation program included three student-led prayers. These prayers were exclusively Christian in nature, including language such as “Oh Heavenly Father,” “In your son’s name, we pray” and thanks to the “Lord and saviour, Jesus Christ,” as well as warnings of the “war on the Christian faith.”

The Supreme Court has continually struck down religious rituals and prayers at school-sponsored events, including public school graduations, FFRF reminded the school district.

“School officials may not invite a student, teacher, faculty member or clergy to give any type of prayer, invocation or benediction at a public high school graduation,” FFRF Legal Fellow Brendan Johnson wrote to Pikeville Independent Schools Superintendent David Trimble. “It is well settled that schools may not include prayer in graduation ceremonies.”

The school district has a duty to remain neutral toward religion, and by scheduling prayers at graduation, it abridges that duty and alienates the 38 percent of younger Americans who are not religious, FFRF emphasized.

FFRF’s missive proved to be quite educational.

“I represent the Pikeville Independent School District as board attorney,” the district’s legal counsel recently emailed. “I have had the opportunity to review your attached letter and wanted to let you know that I have advised the principal to refrain from religious prayer at future graduations.”

FFRF is delighted that its intervention on behalf of students’ right to freedom of conscience and our secular Constitution had such an instructional effect.

“The culmination of 13 years of secular education should end not in divisive and exclusionary prayer, but in a celebration that welcomes all students and participants,” says FFRF Co-President Annie Laurie Gaylor. “We’re confident that Pikeville Independent Schools will keep its word and won’t subject its graduating class to prayers.”

The Freedom From Religion Foundation is a national nonprofit organization with more than 32,000 members and several chapters across the country, including hundreds of members and a chapter in Kentucky. Its purposes are to protect the constitutional principle of separation between state and church and to educate the public on matters relating to nontheism.

The name of the student has been redacted from the image.