FFRF to Milwaukee Archbishop: Back off spiritual blackmail 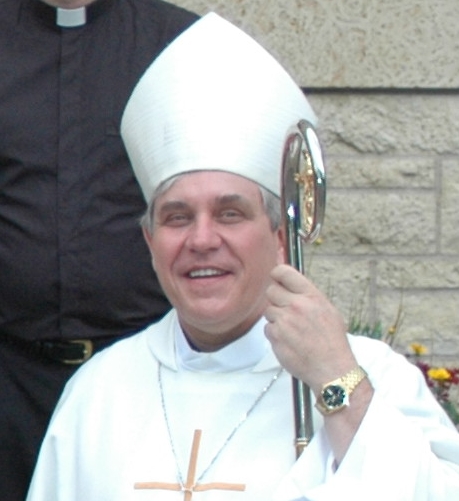 The Freedom From Religion Foundation is condemning as irresponsible spiritual blackmail an order by the Milwaukee archbishop that parishioners need to return to in-person Mass or else.

Milwaukee Archbishop Jerome Listecki, who presides over a 10-county archdiocese, has instructed Catholics in a letter that those “who deliberately fail to attend Sunday Mass commit a grave sin.” Listecki warned that fear of getting sick is no excuse, although he made a few exceptions.

An archdiocesan order excusing Catholics from in-person worship expires today, and it is also lifting restrictions limiting churches to 25 percent capacity. Catholic Church canon law known as the “Sunday obligation” requires attendance (with some exemptions) of weekly Mass. Dioceses in Madison, Green Bay, La Crosse and Superior have also announced that their dispensations from in-person attendance are expiring.

The seven-day average for testing positive for COVID-19 in the state of Wisconsin is alarmingly at more than 20 percent. More than 25,000 people have gotten the novel coronavirus in Milwaukee, with over 400 confirmed deaths.

“What is especially irresponsible is the archbishop’s spiritual blackmail, saying if you value health concerns and decide not to attend in-person Mass, you’ve committed ‘a grave sin,’” says FFRF Co-President Annie Laurie Gaylor. “As Henry David Thoreau and many others have observed: The only sin is ignorance. So it is Archbishop Listecki who is committing the real sin here.”

Gaylor criticized Listecki’s dereliction of duty toward checking the spread of the coronavirus, particularly in light of the fact that his archdiocese received between $2 million and $5 million in pandemic aid. The Roman Catholic Church in the United States lobbied for and received an unprecedented exemption from federal rules in order to amass at least $1.4 billion in taxpayer-backed coronavirus relief. Many millions went to dioceses that have paid out huge settlements or sought bankruptcy protection because of clergy sexual abuse cover-ups.

FFRF is pleased at Milwaukee Mayor Tom Barrett’s admonishment that the archdiocese reopening plans “have to be done in accordance with public health.” Barrett referenced weddings, funerals and church services that have infected large numbers of individuals elsewhere. Currently, the Milwaukee County safety order limits in-person gatherings to the lesser of: 50 percent of total occupancy, one person per every 30 square feet of public floor space, or 250 people. It also requires maintaining physical distancing of six feet between people not residing in the same household, and masking.

Well-known “super-spreader” incidents in churches include continuing outbreaks connected to a South Korean church in Seoul, with about 170 in mid-August, following an outbreak infecting 1,200 people in March. A prayer meeting in Mulhouse, France, kicked off a cluster of 2,500 confirmed cases.

In the United States, one-third of confirmed COVID-19 cases in Sacramento County were connected to church gatherings. Fifty-three attendees of a 61-person choir practice were infected by a single member in Skagit County, Wash. At least 50 congregants and staff members, including the pastor and his wife, tested positive for the coronavirus when a church reopened in San Antonio. And a small-town church in northeastern Oregon became the epicenter of the state’s largest outbreak when 236 people linked to the Lighthouse Pentecostal Church tested positive.

Church spread of COVID-19 in Wisconsin has happened in a number of places, including in Sheboygan County and Sun Prairie.

The Milwaukee archbishop needs to engage in social responsibility instead of social intimidation.