FFRF advises Sen. Cassidy: Cool it on all the religion 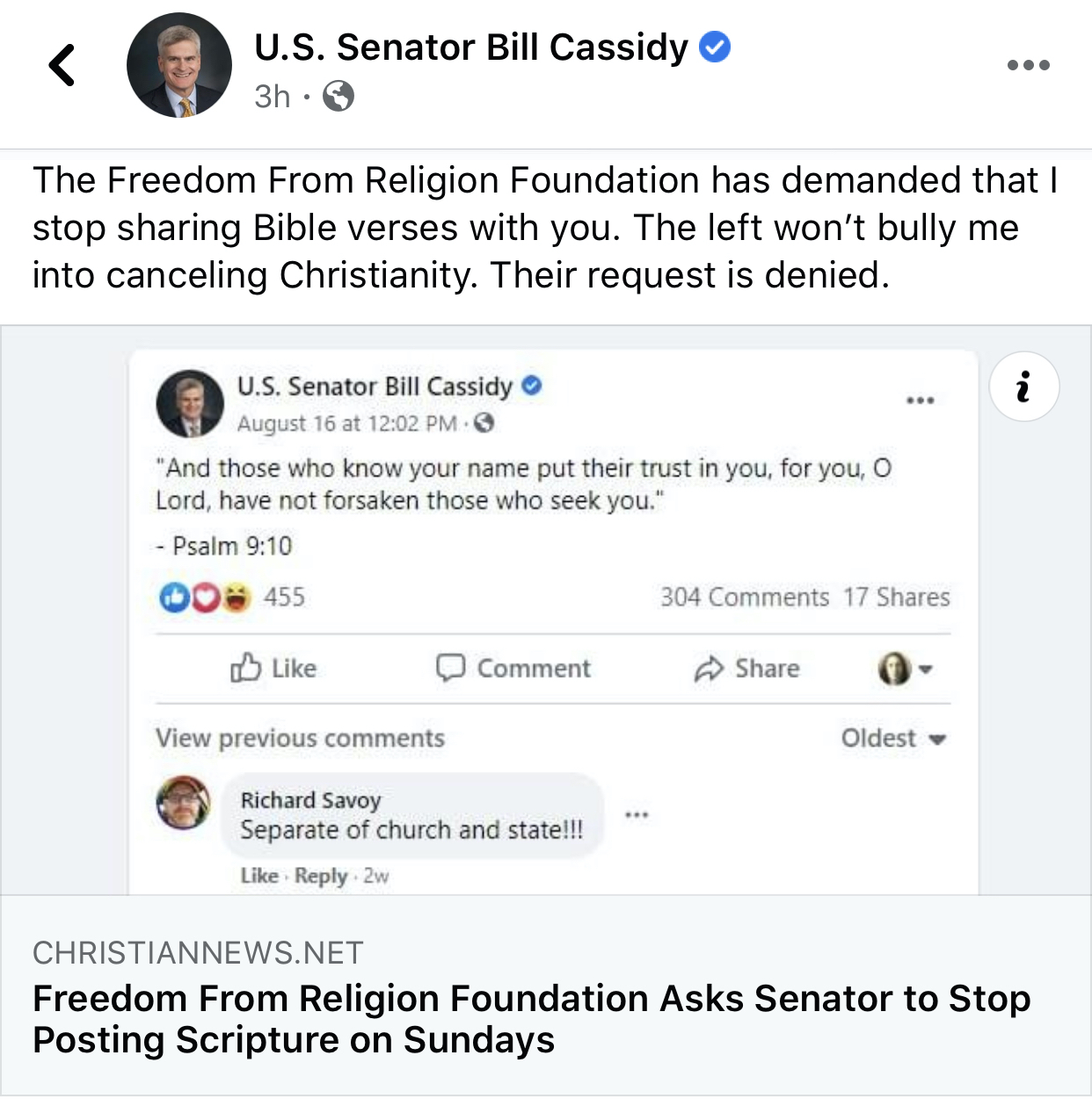 The Freedom From Religion Foundation is chiding a U.S. senator for being unconstitutionally stubborn.

A concerned Louisiana constituent had contacted FFRF to report that every Sunday, bible verses are posted to Sen. Bill Cassidy’s official government Facebook page, and FFRF had written to the senator pointing out the problems with his practice.

FFRF had asked that Cassidy remove all religious posts from his official government Facebook page and avoid making similar posts in the future. Instead of heeding FFRF’s counsel, Cassidy has doubled down on his obstinacy, as can be seen in his reply above.

When a government official uses his elected office, including governmental platforms such as an official Facebook page, to promote his personal religious beliefs, he violates the spirit of the First Amendment of the U.S. Constitution, FFRF had emphasized to Cassidy. And FFRF had reminded the senator that he represents a diverse population consisting of not only Christians but also minority religious and nonreligious citizens. Cassidy’s messages needlessly alienate the non-Christian and nonreligious citizens he represents, FFRF underlined, turning them into political outsiders in their own community.

“Sen. Cassidy is willfully misunderstanding the issue,” says FFRF Co-President Annie Laurie Gaylor. “As someone serving the Constitution, he can’t impose his religion on his constituents using official channels.”

The Freedom From Religion Foundation is a national nonprofit organization with over 32,000 members across the country, including many members in Louisiana. Its purposes are to protect the constitutional principle of separation between state and church, and to educate the public on matters relating to nontheism.