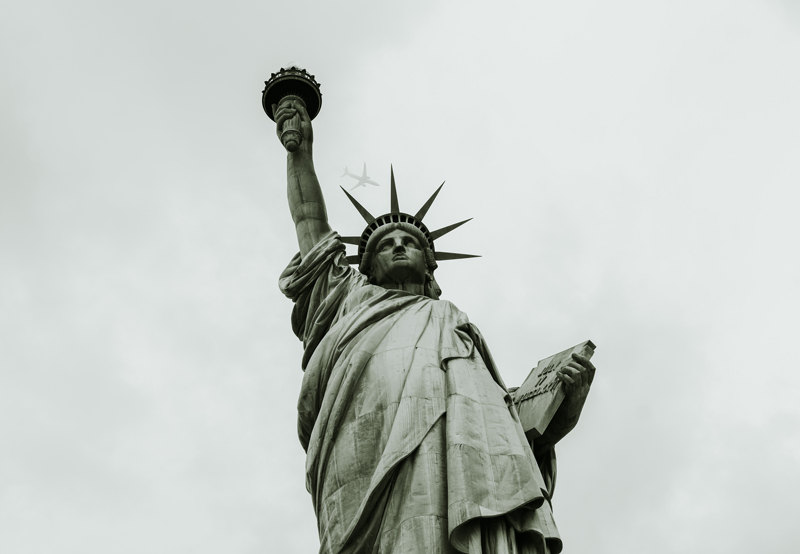 The Freedom From Religion Foundation has signed on to an amicus brief challenging President Trump’s discriminatory travel ban.

The case, Arab American Civil Rights League et al. v. Donald J. Trump et al., is before the 6th U.S. Circuit Court of Appeals. FFRF had in December lent its signature to another friends-of-the-court brief in a similar lawsuit (International Refugee Assistance Project et al. v. Donald J. Trump et al.) before the 4th Circuit. Both cases are a result of the U.S. Supreme Court’s decision in 2018 that the Trump administration’s prohibition on immigrants from several Muslim-majority countries could proceed. The 6th Circuit plaintiffs include both individuals whose families are separated because of the travel ban and organizations whose advocacy is chilled or interfered with as a result of the travel ban’s effects on their members.

In their amicus brief, FFRF and several other civic organizations point out that the currently enforced presidential executive order and its two prior iterations have all contributed to violence and bigotry not only against Muslims but against immigrants more broadly. The brief provides the example of a 2017 attack in Kansas on two tech workers from India that killed one of them (Srinivas Kuchibhotla) and grievously injured another (Alok Madasani). The assailant, Adam Purinton, had asked the two to “get out of our country!” and after the murderous assault informed a bystander that he had shot two “Iranians.”

“This administration tolerated, if not encouraged, crimes against Muslims, through its determination to implement the travel ban affecting them — in effect telling all Muslims (whether born here or abroad) — that they do not belong here,” the brief states. It adds: “Just over 20 percent of the 213 hate violence incidents in the twelve months after the 2016 election ‘referenced President Trump, a Trump policy, or a Trump campaign slogan,’” quoting a report issued by South Asian Americans Leading Together.

And much of this policy has been fueled by the president’s own anti-Muslim animus.

“The official action of marking a group, Muslims, as dangerous, drives societal biases against them and creates conditions where violence against them is seen as more acceptable because they are perceived, in President Trump’s words, to be ‘bad people,’” the brief states.

The Trump administration’s Christian Nationalist-fueled discriminatory agenda has a negative impact on Americans generally, the brief contends. “The latest executive order and the underlying statements by the president have only encouraged stereotyping of Muslims, which has adversely affected all Muslims in the United States and has harmed our society as a whole,” it says.

That is why FFRF and the other signatories are asking the 6th U.S. Circuit Court of Appeals to deny the Trump administration’s motion to dismiss the plaintiff’s claims. The groups signing on to the brief, filed by the Bernabei & Kabat law firm, include Washington Lawyers’ Committee for Civil Rights, Advocates for Youth and the Lambda Legal Defense and Education Fund.

The Freedom From Religion Foundation is objecting to the travel ban from a unique standpoint.

“We’re expressing our dislike of an executive order that has potentially dire consequences for everybody, including nonbelievers,” says FFRF Co-President Annie Laurie Gaylor.

The Freedom From Religion Foundation is a national state/church watchdog organization with more than 32,000 nonreligious members and several chapters all over the country.