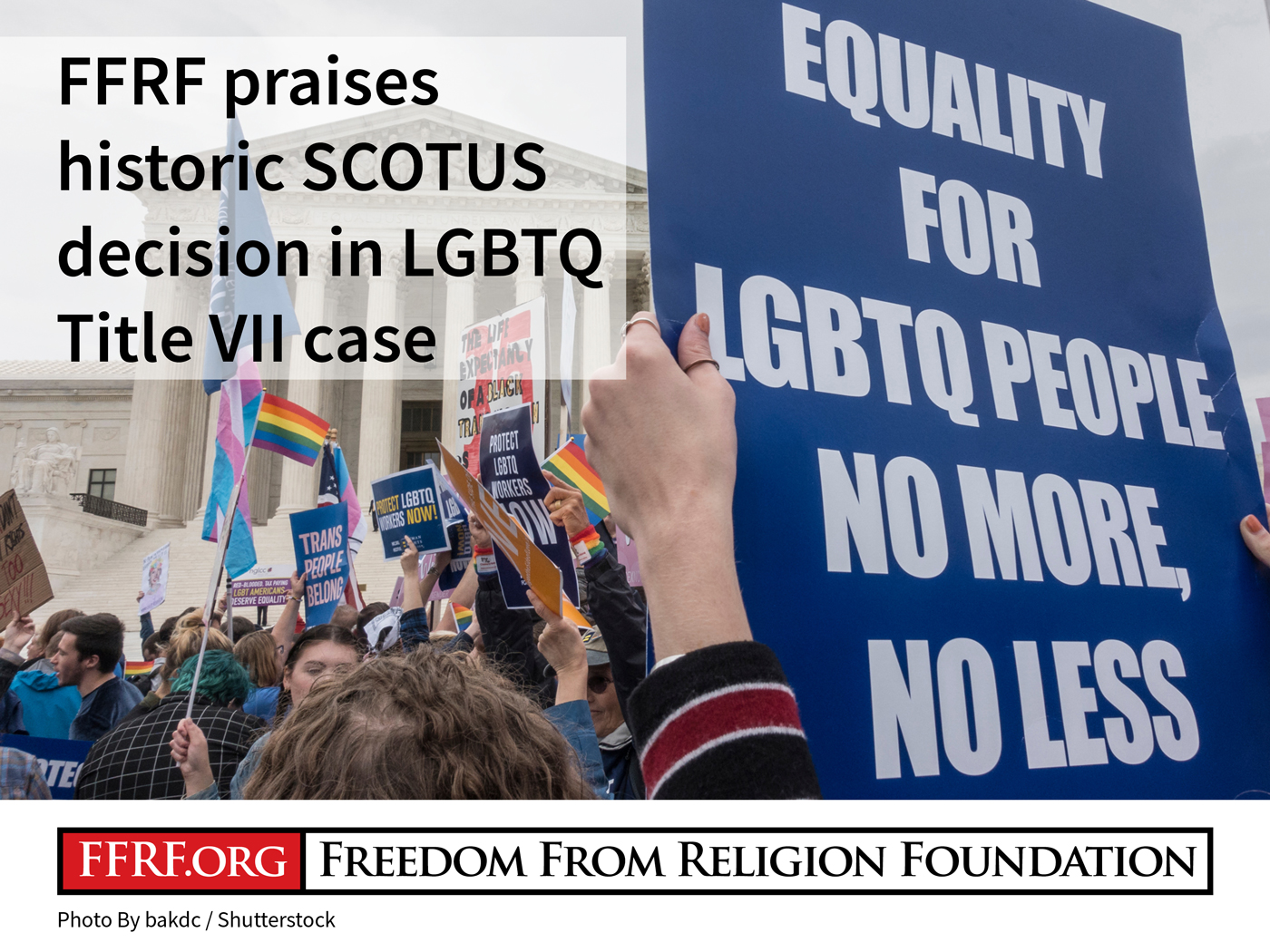 An employer who fired an individual for being homosexual or transgender fires that person for traits or actions it would not have questioned in members of a different sex. Sex plays a necessary and undisguisable role in the decision, exactly what Title VII forbids.

Prior to today’s ruling, more than half of the United States had no laws protecting against employment discrimination based on sexual orientation or gender identity. Very often, the religious beliefs of employers have been used as justification for discrimination against LGBTQ employees. Aimee Stephens, a trans woman fired from her job at a funeral home and one of the plaintiffs at the center of today’s decision, was terminated because, her boss argued, it would violate “God’s commands” if he allowed Stephens “to deny her sex while acting as a representative of the organization.”

This decision encompasses three cases: Altitude Express Inc. v. Zarda, Bostock v. Clayton County and R.G. & G.R. Harris Funeral Homes v. EEOC. The court noted that each of the plaintiffs were longtime employees fired shortly after revealing their transgender status — and for no other reason than that.

It’s hard to overstate the magnitude of this victory, given the clarity of the decision: “An individual’s homosexuality or transgender status is not relevant to employment decisions. That’s because it is impossible to discriminate against a person for being homosexual or transgender without discriminating against that individual based on sex.”

The court’s reasoning stands in stark contrast to the Trump administration’s sustained attack across policy areas to deny civil rights protections to trans people, often citing the preservation of so-called “religious liberty” as its justification. Just last Friday, in the midst of a global pandemic, the Department of Health and Human Services finalized a rule erasing federal protections for trans patients against discrimination in health care.

Although today’s decision is a monumental victory for LGBTQ equality, the court failed to address a critical question: Can Christian employers claim a religious right to fire LGBTQ employees? The court didn't answer that question. This makes the fight for state/church separation all the more vital. We at the Freedom From Religion Foundation recognize the struggle is far from over to ensure that religious dogma is no longer permitted to undermine the rights to full citizenship for LGBTQ Americans or individual liberty for any American.