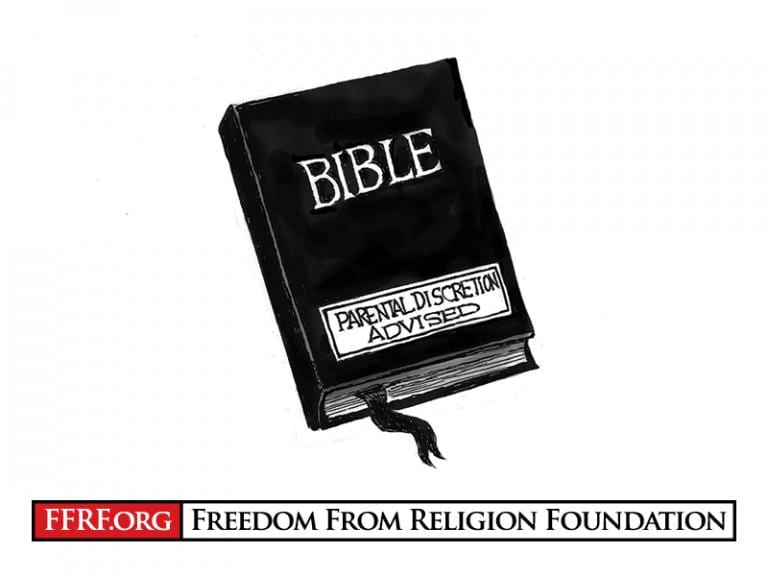 A Georgia school district has stopped the Gideons from distributing bibles in a number of schools after the Freedom From Religion Foundation raised several objections.

Many parents reported to the national state/church watchdog that Ebenezer Elementary School and Marlow Elementary School in the Effingham County Schools system allowed Gideons to enter classrooms, preach to students about the significance of the bible, and distribute bibles to young students, including our complainants’ children. Every child was reportedly given a bible (although they were told that they could return it to the teacher if they didn’t want it).

A little background: Gideons International is an association of Christian business and professional men who are members of Protestant/evangelical churches “dedicated to telling people about Jesus … by providing Bibles and New Testaments.” Their website openly refers to “students in the fifth grade and above” as prime targets.

It is unconstitutional for public school districts to permit the Gideon Society to distribute bibles as part of the public school day, FFRF emphasized to Effingham County Schools officials.

“Courts have uniformly held that the distribution of bibles to students at public schools during instructional time is prohibited,” FFRF Attorney Chris Line wrote to Effingham County Schools Superintendent Randy Shearouse in December. “In striking down a school district’s policy permitting Gideons to distribute bibles in classrooms, the 7th Circuit stated, 'The Gideon Bible is unabashedly Christian. In permitting distribution of “The New Testament of Our Lord and Savior Jesus Christ” along with limited excerpts from the Old Testament, the schools affront not only nonreligious people but all those whose faiths, or lack of faith, does not encompass the New Testament.’”

FFRF also pointed out that since parents carefully instruct children not to accept gifts from strangers, the Gideon practice is a usurpation of parental authority and can pose safety risks when children have to run a gauntlet of aggressive adults hawking religious literature on school property.

In a follow-up letter last month, FFRF emphasized: “The right of free exercise does not require a school district to grant individuals access to a captive audience of public school students to attempt to convert the students to their particular religion.”

FFRF’s admonitions had their effect.

“The Board of Education has authorized me to assure that outside adults, including the Gideons, will not be allowed into the classrooms of any of the schools in the school district to proselytize or distribute religious materials,” the school system’s legal counsel recently responded.

FFRF is gratified that Effingham officials finally heeded its advice.

“We’ve been warning school systems about the Gideons for many years,” says FFRF Co-President Annie Laurie Gaylor. “It’s past time for districts around the nation to impose an unequivocal ban.”

The Freedom From Religion Foundation is a national nonprofit organization with more than 32,000 members and several chapters across the country, including hundreds of members and a chapter in Georgia. Its purposes are to protect the constitutional principle of separation between state and church and to educate the public on matters relating to nontheism.