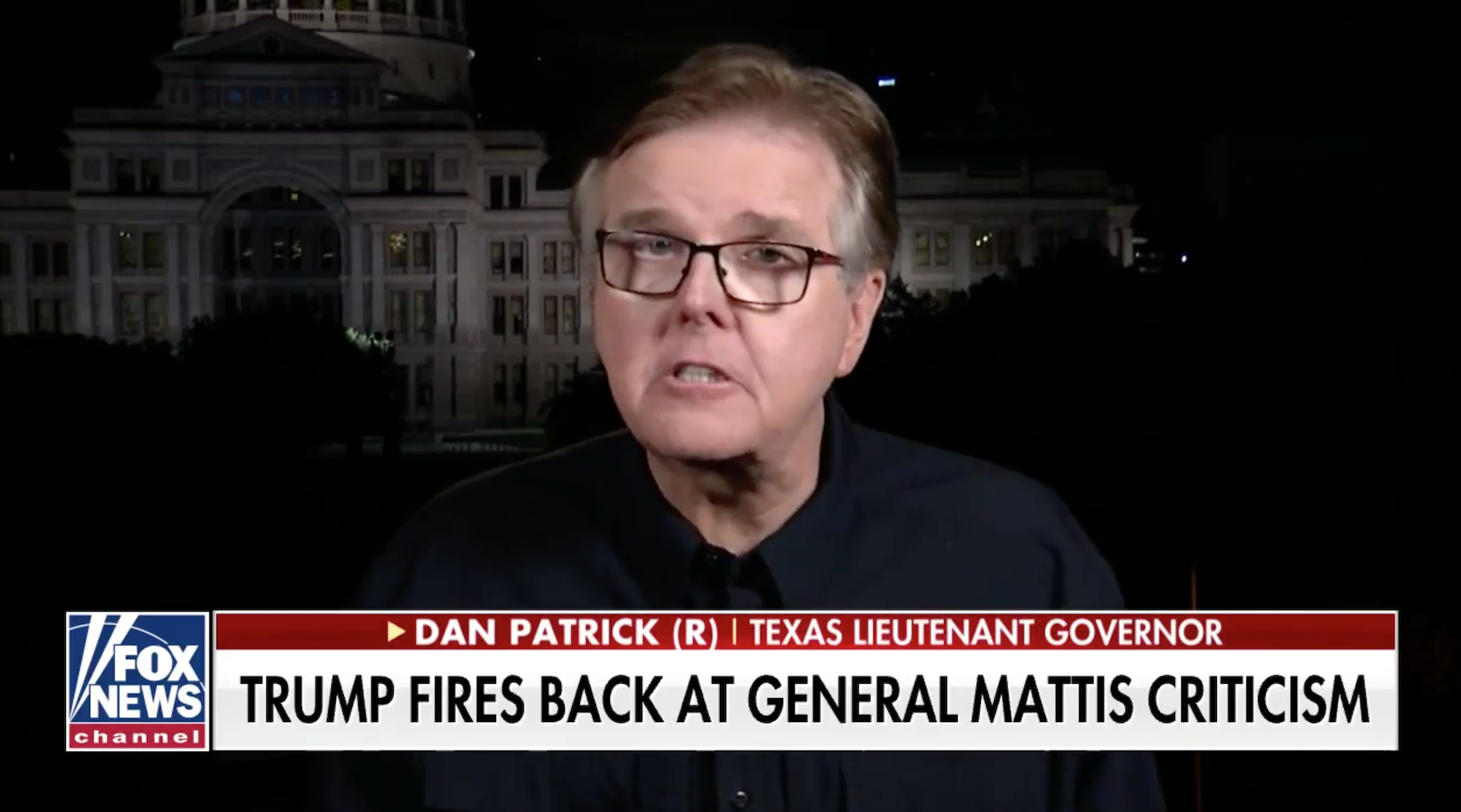 Patrick joined Fox ostensibly to discuss former Defense Secretary James Mattis’ strong denunciation of President Trump’s recent actions as a “threat to the Constitution.” Patrick basically blamed irreligiosity in an effort to distract viewers from the failure of leadership. He stated:

You cannot love your fellow man if you do not love God. And we have a country we’ve been working really hard, particularly on the left, to kick God out. We need a culture change to address this racism. You cannot change the culture of a country until you change the character of mankind, and you can't change that unless you change the heart. And for billions of us on the planet, we believe you can’t do that unless you accept Jesus Christ or unless you accept God. And God has been left out of this equation through all of this.

Patrick concluded by saying: “We’ve got a lot of healing to do, we can’t do it unless we turn to God, and we need to do that now more than ever. I’m not trying to preach, I just know that’s the truth.” Of course, Patrick was preaching — and doing so under the title of lieutenant governor. That’s a problem under our Constitution, something his lame disclaimer seems to admit.

Patrick didn’t just get the Constitution wrong, he got the bible and his religion wrong, too. FFRF Co-President Dan Barker, a former evangelical preacher and author with a knowledge of the bible that far outstrips most believers, notes that slavery and discrimination are upheld in many biblical passages. Jesus speaks casually of slavery without condemning it, and so does Paul. The bible is not a source of racial justice, but the cause of much racial injustice.

Religion creates an in-group and an out-group: People who are not in the faith are “others.” Put simply, religion divides us.

The Freedom From Religion Foundation is not trying to “kick God out of our country.” It’s trying to kick Christian Nationalism out of our government and keep people like Patrick from kicking “God” into our secular government.