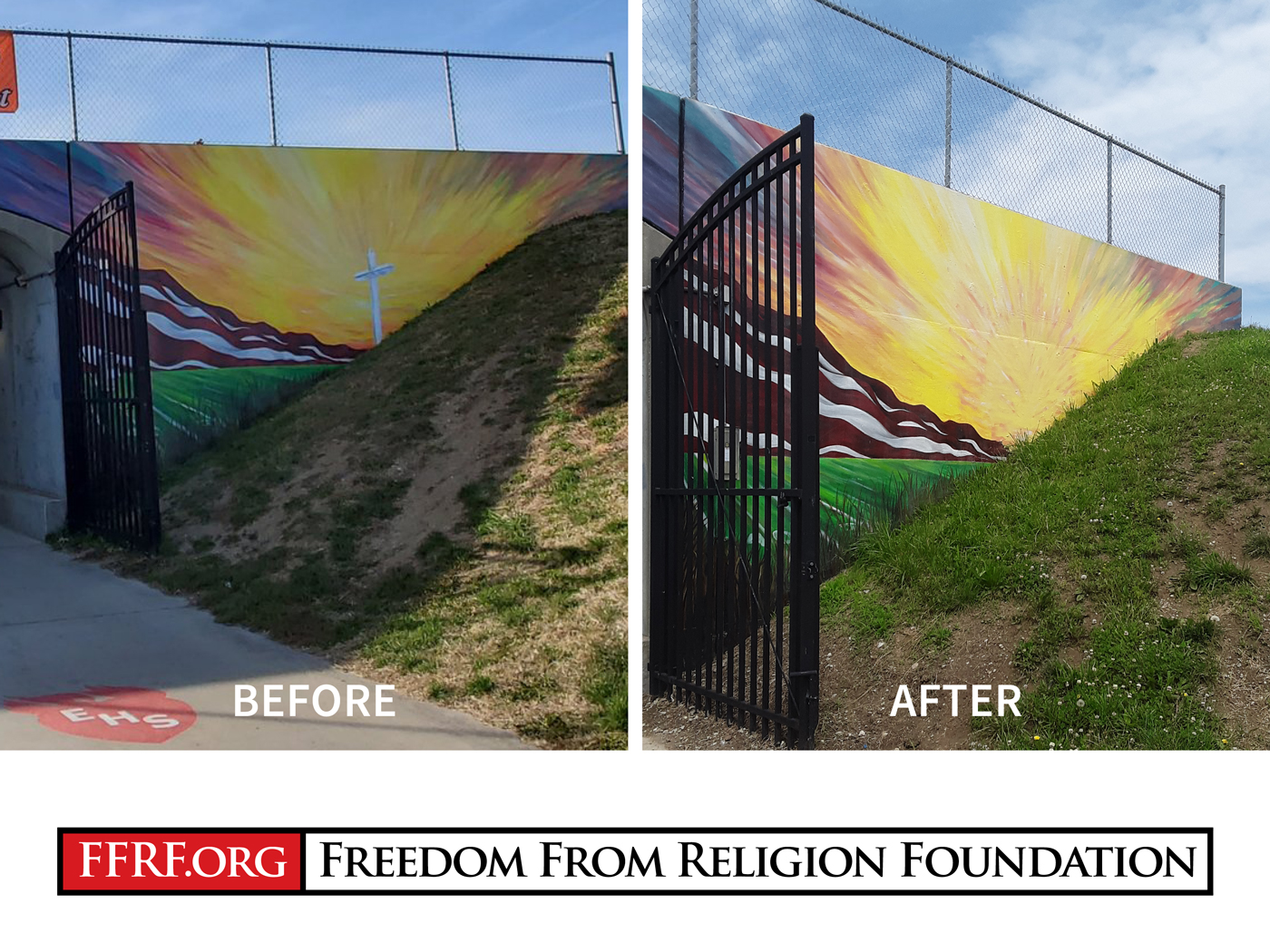 An Illinois city has removed a Christian cross from a city-owned mural primarily viewed by public school students after the Freedom From Religion Foundation objected to it several times.

The city of Effingham recently complied with FFRF’s wishes, belatedly realizing how problematic the mural was.

“The last thing the City Council wants is for any members of our community to feel excluded or treated as second-class citizens because they hold a minority belief,” reads an official statement reprinted in the local paper. “It is in service to these principles that the City Council has altered the mural accordingly.”

The state/church watchdog most recently communicated with the city of Effingham earlier this year to contest its position that the mural constituted private speech because it was placed by a private organization.

“The Supreme Court has already firmly addressed the issue of when public displays constitute government or private speech,” FFRF Legal Fellow Dante Harootunian wrote to the city’s legal counsel. “By accepting the mural the city of Effingham has adopted any and all messages contained within the mural as its own.”

Similarly, FFRF pointed out, it was also irrelevant that the city claimed it was unaware the mural would contain Christian imagery when it approved the mural. The relevant question for determining what constitutes government speech, as opposed to private speech, is whether the government has the right to control the message.

FFRF urged the city of Effingham to remove the religious symbolism added to a government-sponsored mural. It applauds the city for seeing the light and for standing up to local public pressure: More than 14,000 people signed an online petition titled “Let the Cross Stay” and organized an event titled “Standing Up for Jesus.”

“As the Effingham City Council tardily comprehended, a Christian symbol on public property sends a glaring message of noninclusion to all people not practicing the religion,” says FFRF Co-President Annie Laurie Gaylor. “It was distressing that this mural was primarily viewed by public school students, which had a proselytizing effect.”

The Freedom From Religion Foundation is a national nonprofit organization with more than 32,000 members and several chapters across the country, including over 1,000 members in Illinois and a chapter in the state. FFRF’s purposes are to protect the constitutional principle of separation between church and state, and to educate the public on matters relating to nontheism.