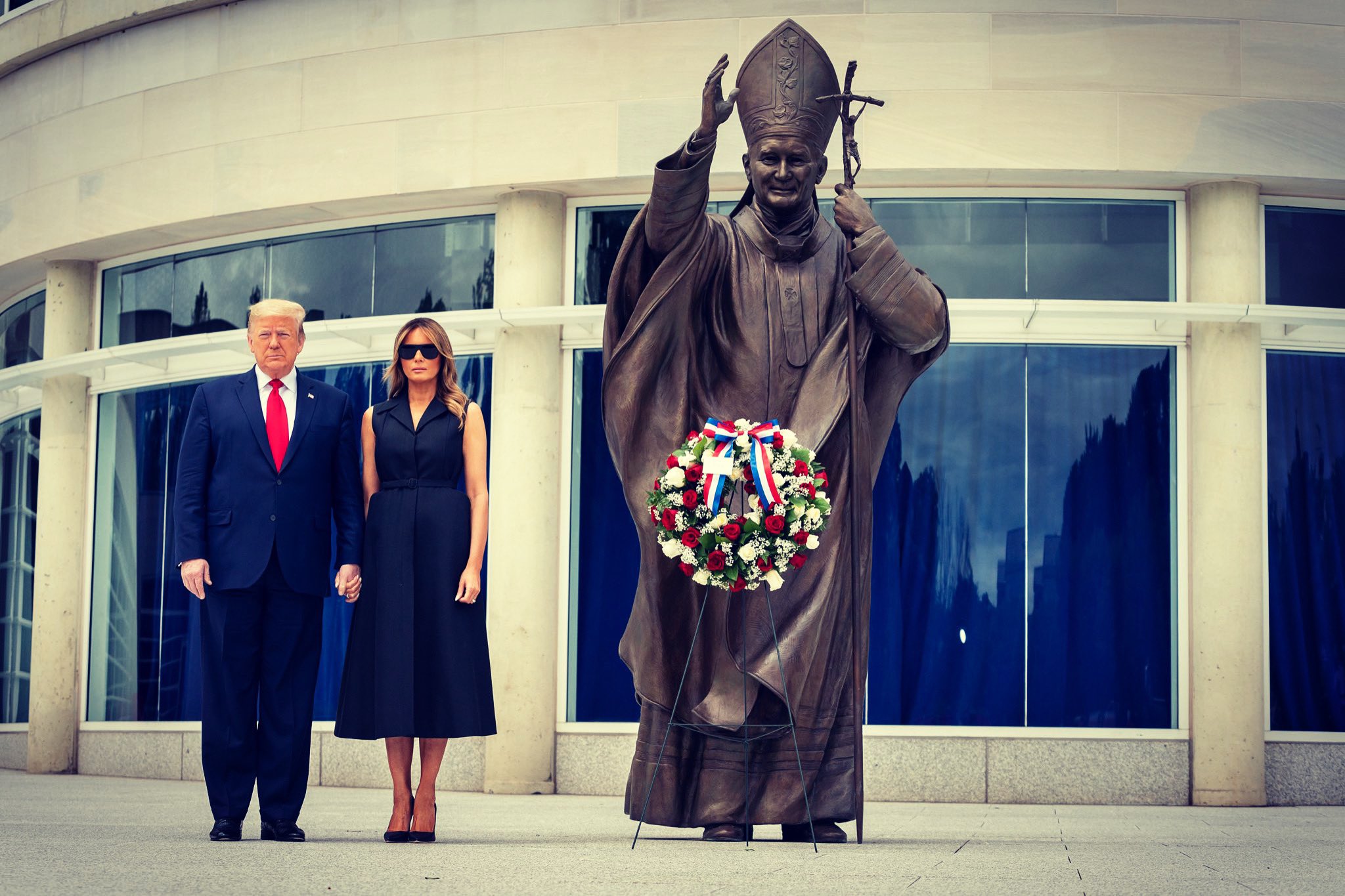 As the world burns and protests mount, President Trump is increasingly turning to religious distractions.

He got peaceful citizens tear-gassed so that he could have a photo taken of himself with a bible in front of a church. Then he went to a papal shrine and another church for more awkward photos. And then, on June 2, he signed an Executive Order on International Religious Freedom.

Right now, the impact of the order is unclear because much of it will not take effect until after the 2020 election. One thing that is clear is that Trump and Secretary of State Mike Pompeo do not understand true religious freedom; their understanding is one of Christian supremacy or Christian Nationalism.

For instance, the first section of the order, which is largely ceremonial, gets two major points wrong.

Religious freedom is not America’s first freedom. Christian Nationalists love this line, but it simply reflects a lack of reading comprehension. The First Amendment does not begin by guaranteeing a right to religious worship, but a right to a secular government: “Congress shall make no law respecting an establishment of religion or prohibiting the free exercise thereof.” The two rights are intimately connected. There is no such thing as the freedom of religion without a government that is free from religion.

Our rights do not come from a god and most of our Founders did not make this mistake. God-given rights can be taken away by men — and it’s almost always men — claiming to speak for that god. God-given rights vary depending on geography and religion and time. God-given rights are weak and fragile compared to human rights — rights we possess simply by virtue of being human. (FFRF’s Director of Strategic Response Andrew Seidel has written about the God-given rights fallacy on numerous occasions, including in his recent book.)

The Founders did not buy into the God-given rights fallacy when they drafted our Constitution. That’s why, FFRF notes, the Constitution’s only references to religion are exclusionary, such as that there shall be no religious test for public office.

“The United States was first among nations to separate religion from government, to adopt a godless Constitution which places sovereignty not in a deity, but in ‘We, the People,’” FFRF Co-President Annie Laurie Gaylor remarks. “However, Christian Nationalists like Trump and Pompeo continue to repeat the lie that our rights depend on their god. Nothing could be further from the intent of our Founders.”

One aspect of the order may start soon. Section 3 orders the secretary of state and USAID to budget at least $50 million annually “for programs that advance international religious freedom” and mandates that these funds be made equally available to “faith-based and religious entities.” This raises red flags for FFRF, and we’ll be watching these distributions closely. The language contradicts itself because it also says that the funding can only be distributed “to the extent feasible and permitted by law.” This means our government cannot be funding religious worship. The language is additionally intriguing because groups like Nonbelief Relief and Secular Rescue might be eligible for the funding, in theory if not in practice.

Another aspect of the order may have an immediate impact. Section 6 signals a plan to withhold economic assistance and access to visas to “countries of particular concern, countries on the Special Watch List, countries in which there are entities of particular concern, and any other countries that have engaged in or tolerated violations of religious freedom,” as defined in Annual Report on International Religious Freedom. Section 6 also signals a plan to implement sanctions on those same countries.

The Freedom From Religion Foundation will continue to guard against this order and examine its implementation.