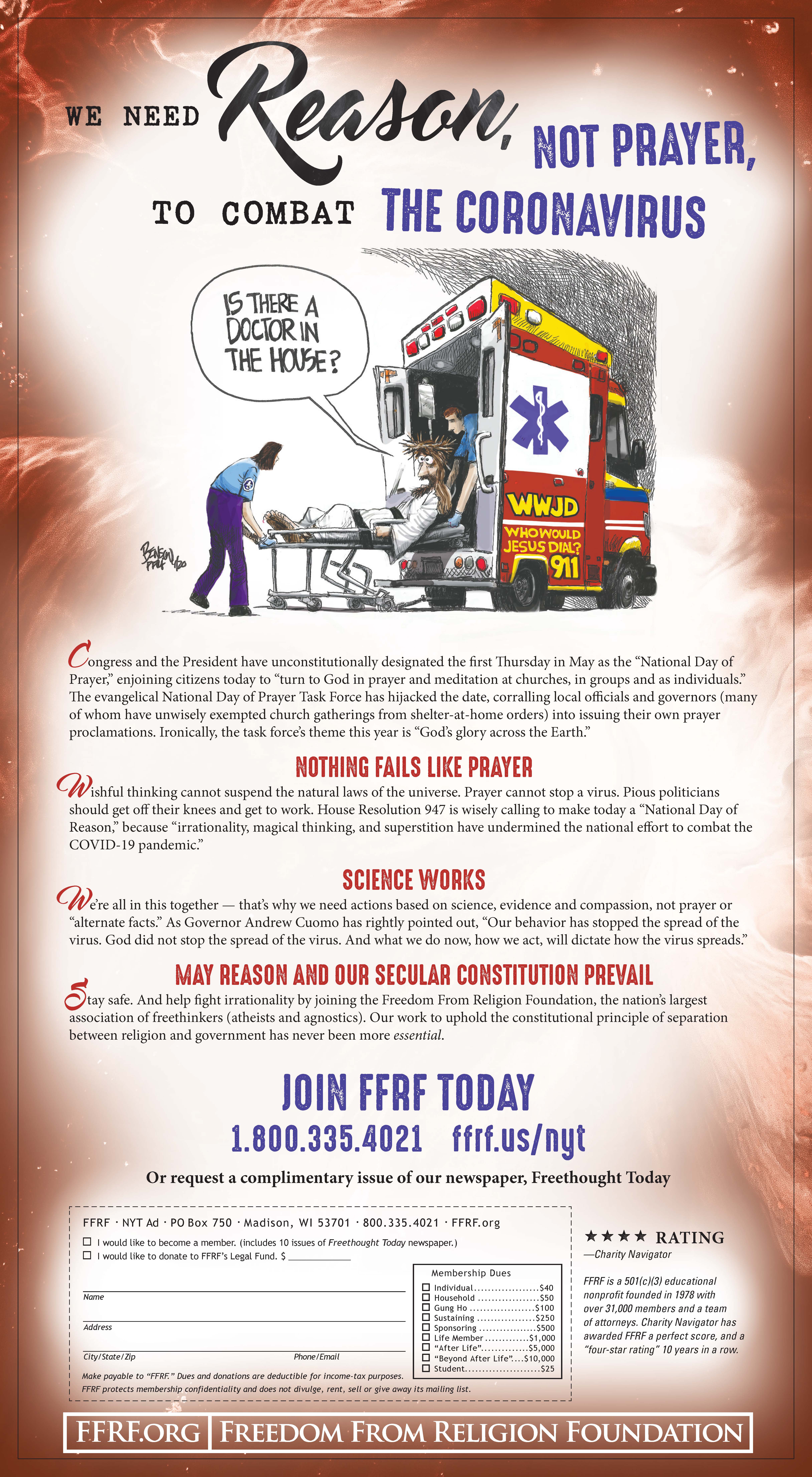 The Freedom From Religion Foundation is running a full-page ad in the national news section of the New York Times today that urges: “We need reason, not prayer, to combat the coronavirus.”

FFRF’s ad notes that “Nothing fails like prayer. Prayer cannot stop a virus. Pious politicians should get off their knees and get to work.”

An eye-popping cartoon drawn by Steve Benson, formerly with the Arizona Republic, depicts Jesus being transported by gurney into an ambulance while asking: “Is there a doctor in the house?”

The ad deliberately coincides with the congressionally mandated National Day of Prayer, occurring on the first Thursday in May, which requires the president to unconstitutionally enjoin citizens to “turn to God in prayer and meditation at churches, in groups and as individuals.”

“Science works,” FFRF asserts in the ad: “We’re all in this together — that’s why we need actions based on science, evidence and compassion, not prayer or ‘alternate facts.’ ” New York Gov. Andrew Cuomo is quoted as saying, “Our behavior has stopped the spread of the virus. God did not stop the spread of the virus. And what we do now, how we act, will dictate how the virus spreads.”

The ad concludes, “Our work to uphold the constitutional principle of separation between religion and government has never been more essential.”

The educational ad was made possible thanks to the generosity of FFRF members donating to FFRF’s Advertising Fund.