No Space Force hymn, FFRF appeals to the Pentagon 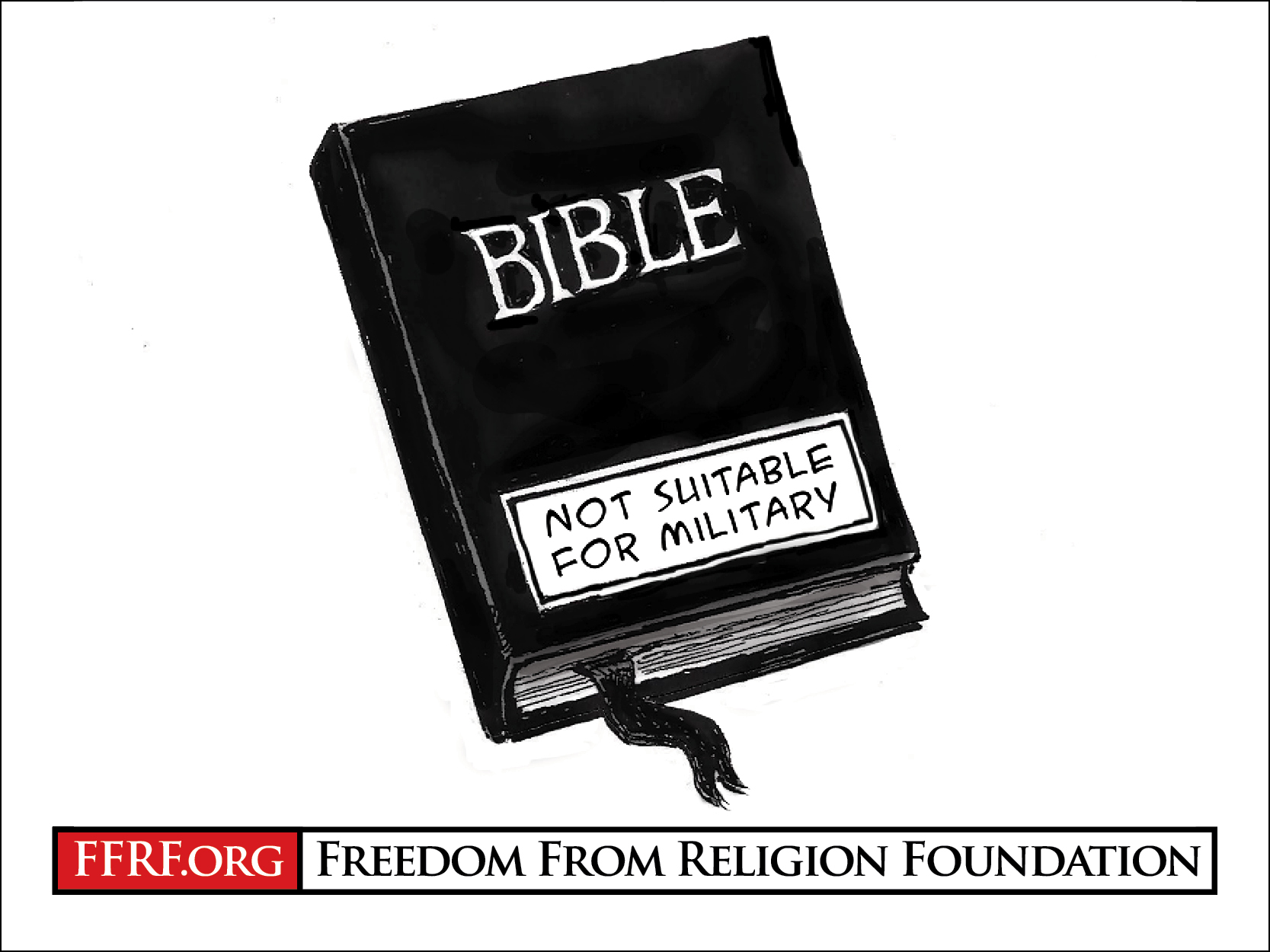 The Freedom From Religion Foundation is seeking assurances from the Pentagon that the newly formed Space Force will not adopt an official hymn.

“On Feb. 12, 2020, the Rev. James F. Linzey, who served as a highly accomplished Air Force captain, felt led by Almighty God to write the Space Force Hymn,” the article explained. “He set his pen to paper the next day. On Feb. 22, 2020, in Coffeyville, Kansas, he completed what became ‘Creator of the Universe’ (The Space Force Hymn).”

The lyrics of this hymn are thoroughly religious, have next to nothing to do with the military or space, and are in the style of typical Christian hymns:

O God who rules the heart and mind,
And takes away all fear;
O God who saves with tender might
and calms the wind, draw near.

The presence, felt with boundless love,
Wherever they may go;
Thy Spirit, gentle as a dove,
Be Thou the God they know.

Not all U.S. military personnel believe in God or Christianity, FFRF points out. A quarter of active service members identify as nonreligious.

Any song officially endorsed by the Space Force must be secular, FFRF contends. The “Creator of the Universe” hymn would be appropriate for a Christian church, but is way out of line as an official U.S. military song.

The importance of keeping the U.S. military secular in order to protect the religious liberty of all servicemembers cannot be overemphasized, FFRF asserts. The separation between religion and government is an American original. The crucial work of the U.S. military — defending the U.S. Constitution and the freedoms it guarantees — is directly undermined if the government is allowed to tell its citizens and servicemembers what they ought to believe on matters of religion.

FFRF wishes to thank the Department of Defense for its response to a prior FFRF letter assuring the state/church watchdog that the articles reporting the “U.S. Space Force has designated its own King James Bible for swearing-in ceremonies” were inaccurate. The DOD noted that there are “no official Air Force or Space Force religious or other sacred texts, nor is there any requirement for a member to use any sacred or religious text during swearing-in ceremonies.” FFRF is looking for similar assurances on the space hymn issue.

“Just as designating one particular ‘holy book’ as a government branch’s official ‘holy book’ is improper, it would be improper and unconstitutional for the Space Force to select a sectarian religious hymn as an official song,” FFRF Co-Presidents Dan Barker and Annie Laurie Gaylor write to Judge Advocate General Jeffrey A. Rockwell. “Doing so would amount to an official government endorsement of that song’s religious message.”

The Freedom From Religion Foundation is a national nonprofit organization with more than 30,000 members across the country, with over one-quarter of its members active-duty military or veterans. FFRF works to protect the constitutional separation between state and church, and to educate about nontheism.