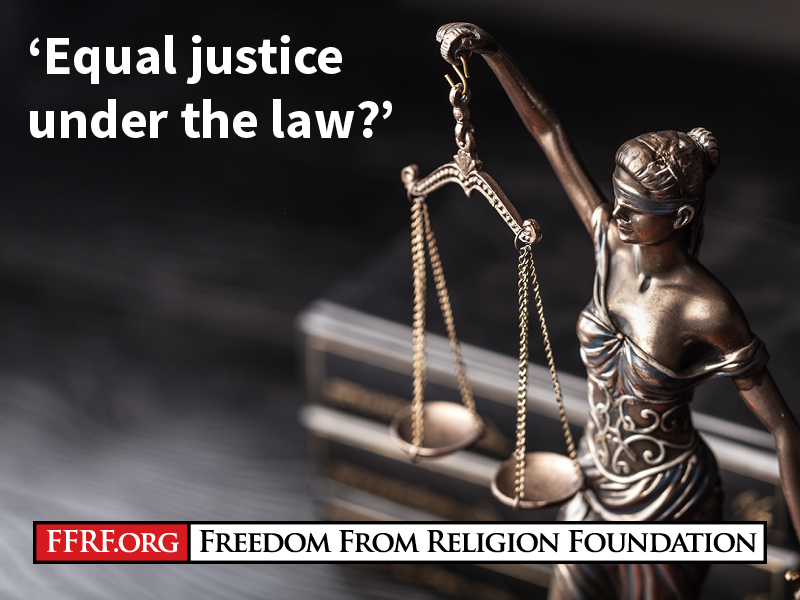 The U.S. Supreme Court is hearing a case Wednesday, March 4, with the chilling potential to deny American women the ability to exercise their right to self-determination under Roe v. Wade.

The case involves a Louisiana law that imposes an unnecessary restriction on abortion providers: a stipulation that they must have admitting privileges at a local hospital. The Supreme Court struck down an identical restriction involving a Texas law in 2016. As the National Women’s Law Center amicus brief, signed by the Freedom From Religion Foundation and 71 other organizations clarifies, if the law is upheld, Louisiana would be left with only one abortion clinic to care for nearly 1 million women of reproductive age in that state. And soon other states dominated by anti-abortion (read: conservative religious) legislatures would follow suit.

The obvious should be pointed out about the admitting privilege law at the center of June Medical Services v. Russo (formerly v. Gee). Clinics already have set up protocol to deal with any rare emergency. As Planned Parenthood documents, abortion is a highly safe procedure. There are complications less than 1 percent of the time. When a woman goes to an emergency room after an abortion, in half the cases it’s for conditions unrelated to abortion. The majority of abortion-related complications are minor. This is a 99 percent safety record. As the New York Times reminds us, you’re more apt to end up in the hospital if you have your wisdom teeth removed than after having an abortion. Abortion, a normal part of gynecological health care, has been stigmatized by the Religious Right and anti-abortion politicians. But, in fact, aborting a pregnancy is far safer than continuing a pregnancy and giving birth — with women 14 times more likely to die during or after giving birth than from complications of an abortion.

The admitting privilege law is one of many phony laws put forth to essentially make abortion illegal without having to formally overturn Roe v. Wade. These are known as TRAP laws (targeted restrictions on abortion providers) and they are designed to close clinics by forcing them to comply with onerous, medically unnecessary requirements, such as making clinics comply with building codes for ambulatory centers, which is unnecessary for safety. This is one reason why the Supreme Court struck down Texas’ TRAP law, identical to Louisiana’s current law, four years ago in Whole Woman’s Health v. Hellerstedt. Justice Stephen Breyer wrote in that case: “In our view, the record contains sufficient evidence that the admitting-privileges requirement led to the closure of half of Texas’ clinics, or thereabouts. Those closures meant fewer doctors, longer waiting times, and increased crowding.”

What has changed since the Whole Woman’s Health ruling? Justice Anthony Kennedy, an abortion supporter and swing vote, has stepped down, and been replaced by Brett Kavanaugh, an archconservative Roman Catholic. Men outnumber women 6-3 on the high court, and Catholics dominate it, with five of the nine-member court of Catholic background (Justice Sonia Sotomayor being the only liberal Catholic). And while he reportedly attended an Episcopal church, Justice Neil Gorsuch was also raised Catholic.

The religious ideology underpinning the crusade to criminalize abortion has never been properly appreciated — or recognized by our courts. The only organized opposition to abortion (and contraceptive) rights is religious, and it’s based on concepts grounded in faith, not in fact, such as ensoulment. The right to abortion is a state/church issue.

Roe v. Wade is as endangered under the current Supreme Court as our Establishment Clause. Those of us who cherish true religious liberty — and the right to be free from religious intrusion in our government, laws and social policy — must march forth as never before. Our rights depend on it.