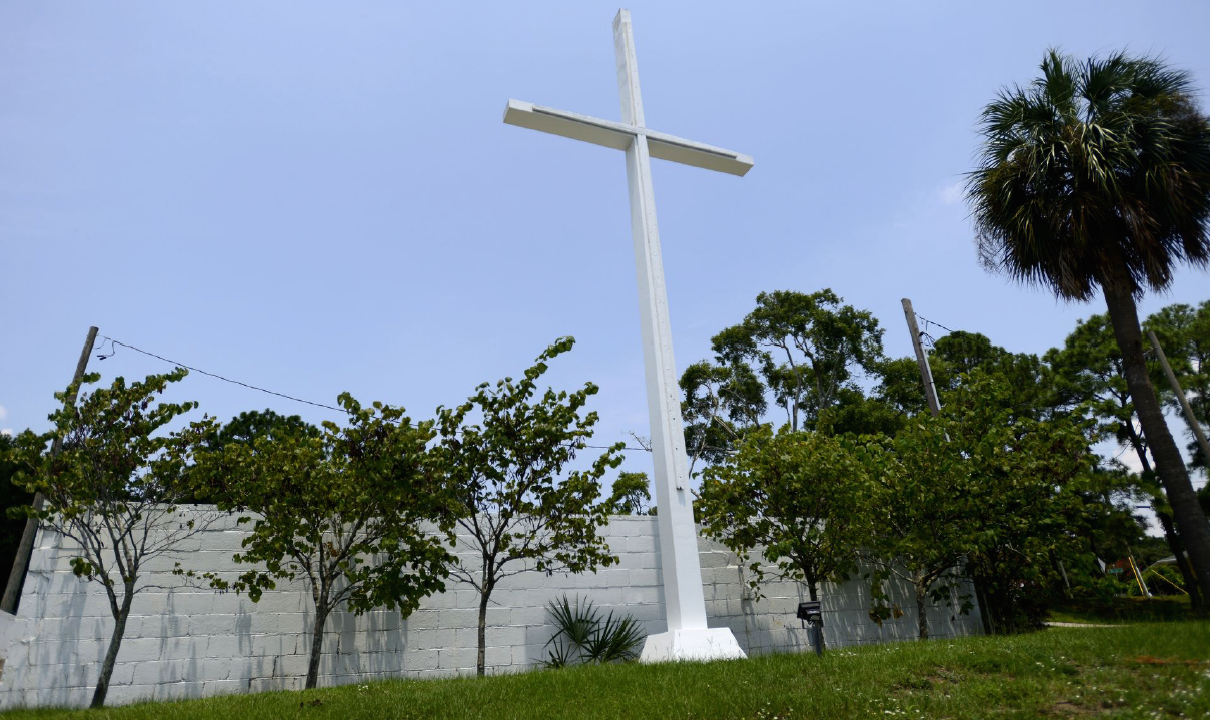 The 11th U.S. Circuit Court of Appeals today issued a ruling upholding the constitutionality of a massive Latin cross on city property in Pensacola, Fla.

Circuit Judge Kevin Newsom, writing for the unanimous three-judge panel, wrote that the 34-foot-call Christian cross in Bayview Park “has evolved into a neutral” symbol.

The Freedom From Religion Foundation, the American Humanist Association and their plaintiffs won at the district level and before the 11th Circuit. However, the case was remanded back for reconsideration following the U.S. Supreme Court’s June 2019 American Legion v. American Humanist Association cross decision. In the Bladensburg case, the high court shamefully ruled that the government-owned, government-maintained, 40-foot-tall Christian cross war memorial dominating the landscape in Bladensburg, Md., did not violate the First Amendment.

Taking its cue from the Supreme Court, the 11th Circuit ignored the religious significance of the Bayview Park cross, holding that because it’s been there a long time, and secular community events have been held in the park nearby, it is constitutional.

Newsom wrote: "American Legion itself demonstrates that an 'undoubtedly . . . Christian symbol' — in particular, a Latin cross — may nevertheless pose no Establishment Clause concerns.”

The Pensacola cross stands in popular Bayview Park, serving solely as the centerpiece of annual Easter Sunrise Christian worship services. It was first challenged in a 2016 lawsuit filed by FFRF and AHA.

The district court sided with the national secular organizations in a June 2017 decision. In September 2018, the 11th Circuit upheld the decision, agreeing that the government-funded, freestanding cross unconstitutionally entangled the government with the Christian faith. However, what was remarkable was that both the district judge and the appeals court panel begrudgingly ruled in FFRF’s favor — urging the Supreme Court to overturn precedent that bound the judges to rule that the city-owned and maintained cross was unconstitutional. The city petitioned the U.S. Supreme Court to overturn the ruling. The Supreme Court waited until after ruling in Bladensburg to remand it to the 11th Circuit for reconsideration in light of that ruling.

Today’s ruling said: "Removal of the Bayview Park cross at this point—more than 75 years after its original erection and more than 50 years after its replacement with the current concrete version — could well, in the Supreme Court’s words, 'strike many as aggressively hostile to religion.’”

“It is not ‘hostile to religion’ to uphold government neutrality over religion. Bayview Park is not a Christian park, Pensacola is not a Christian city and the United States is not a Christian nation,” says FFRF Co-President Annie Laurie Gaylor. “Tax-exempt church property abounds where this cross belongs. Its presence in a city park sends a message that Christian citizens are insiders, and the rest of us are outsiders — and that’s an alarming message.”

Further details about the case can be accessed here.

The Freedom From Religion Foundation, based in Madison, Wis., is the nation’s largest association of freethinkers (atheists, agnostics), and has been working since 1978 to keep religion and government separate. With more than 31,000 members and several chapters all over the country, including 1,500-plus members and a chapter in Florida, the organization also educates the public about nontheism.

The American Humanist Association (AHA) works to protect the rights of humanists, atheists, and other nontheistic Americans, including over 2,800 members in Florida. The AHA advances the ethical and life-affirming worldview of humanism, which — without beliefs in gods or other supernatural forces — encourages individuals to live informed and meaningful lives that aspire to the greater good of humanity. Special thanks to the Louis J. Appignani Foundation for their support of the Appignani Humanist Legal Center.