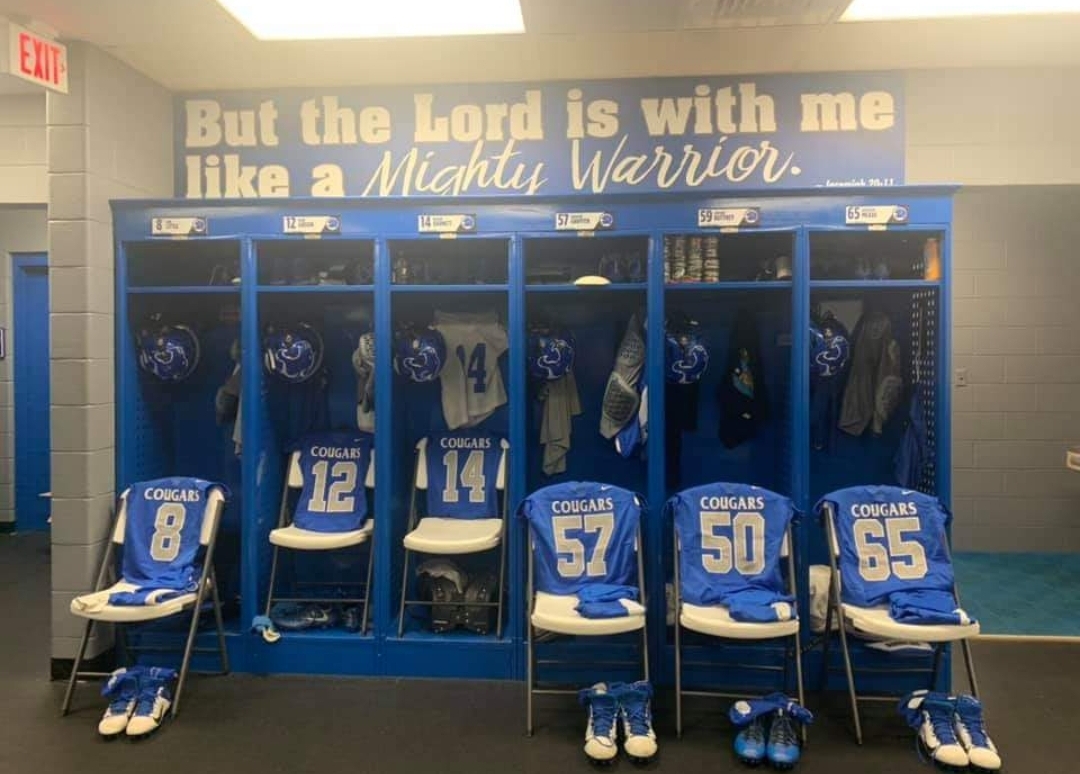 The Freedom From Religion Foundation is urging Letcher County Public Schools in Whitesburg, Ky., to address complaints of widespread religious promotion in its schools.

A concerned area resident has reported that Letcher Central High School has a bible verse on display in its locker room. The display says, “But the Lord is with me like a Mighty Warrior. Jeremiah 20:11.”

Public schools may not advance, prefer or promote religion, FFRF reminds the district. FFRF Staff Attorney Chris Line has written to the district pointing out that it violates the Constitution when it allows its schools to display religious symbols.

FFRF first contacted the district in October after an area resident reported multiple instances of Letcher County Public Schools promoting and endorsing religious messages. The complainant reported that Fleming Neon Middle School has a display in its hallway that says “Jesus is my savior. You can’t scare me!” and that Martha Jane Potter Elementary School posted a prayer on its official Facebook page:

Dear God,
Thank you for the gift of education in every form. As our children prepare to start a new year may confidence be their foundation, may grace be their guide and may hope be their compass toward a bright future. I pray they would have eyes to see the needs of those around them and a heart to love well. May they face each day with positivity knowing that no matter what comes their way, they do not have to face it alone. Amen.

In both letters of complaint, FFRF has asked the district to remove all religious messaging and iconography from public school property in recognition of its constitutional obligation to remain neutral towards religion.

“Courts have continually held that school districts may not display religious messages or iconography in public schools,” Line wrote in his Oct. 11 letter to Yonts. “These religious displays are particularly inappropriate, given that about 38 percent of Americans born after 1987 are not religious.”

FFRF Co-President Annie Laurie Gaylor comments, “The wanton displaying of religion all over the district shows a callous disregard for students who are not Christian. Public schools must be welcoming to all students, and must stay out of religious proselytizing.”

The Freedom From Religion Foundation is a national nonprofit organization with more than 30,000 members and several chapters across the country, including hundreds of members and a chapter in Kentucky. FFRF’s purposes are to protect the constitutional principle of separation between church and state, and to educate the public on matters relating to nontheism.