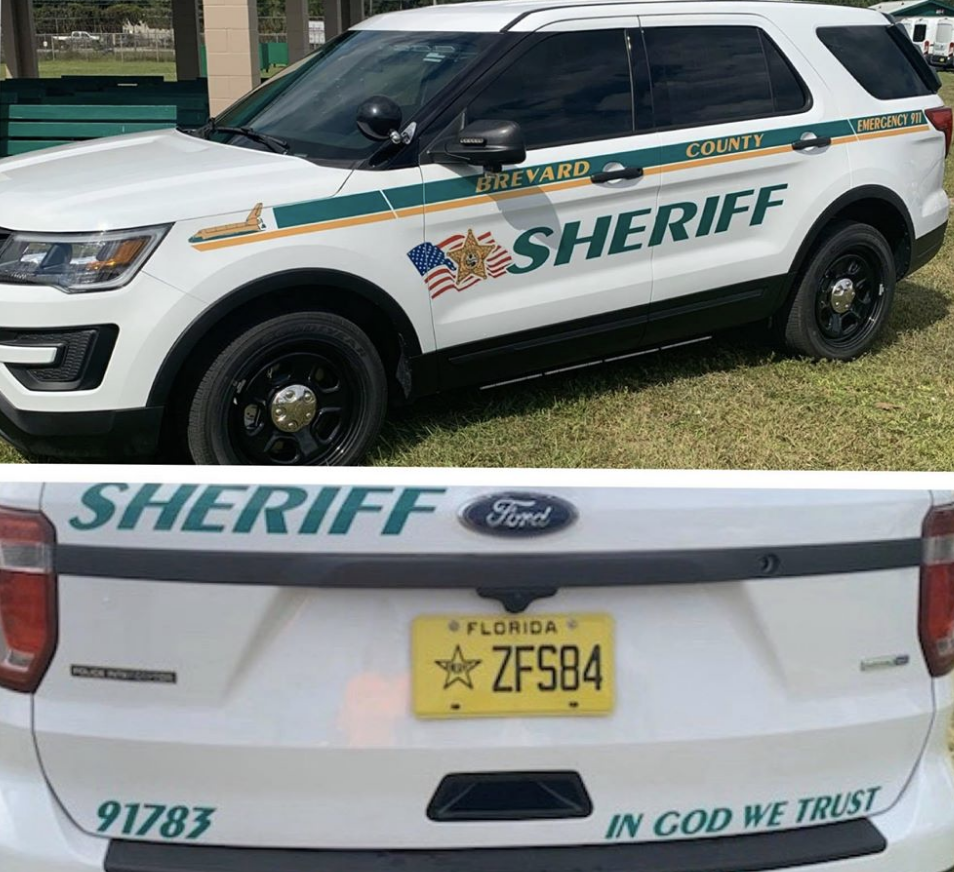 The Freedom From Religion Foundation is urging the Brevard County Sheriff’s Office to remove “In God We Trust” decals from its vehicles.

The sheriff’s office recently decided to start adding our controversial national motto, “In God We Trust,” to all of its patrol vehicles in the future. The decision was announced this week on the office’s official Facebook page:

In the coming months and years as our agency replaces our patrol fleet, our residents will see new patriotic graphics on our marked vehicles that show just how proud we are of our country and the principles our great nation was founded on.

While our vehicles will continue to include the iconic “Shuttle” design in honor of our Space Center history, they will now also include new graphics of an American flag and the phrase “In God We Trust” that are both prominently displayed on each unit. To us there is no greater honor than to live in the greatest country in the world and serve as a law enforcement officer in Brevard County where our citizens love us, trust us and protect us just as much as we love, trust and protect them.

FFRF Co-President Annie Laurie Gaylor wrote to Sheriff Wayne Ivey, pointing out that it is inappropriate and exclusionary for official county vehicles to be adorned with a religious endorsement.

“Spending taxpayer time placing religious messages on patrol cars is beyond the scope of secular government,” Gaylor writes. “Further, in a time when citizens nationwide are increasingly distrustful of law enforcement officers’ actions, it is frightening and politically dubious for the local police department to announce to citizens that officers rely on the judgment of a deity rather than on the judgment of the law.”

FFRF is urging the sheriff’s department to remove “In God We Trust” from all office property in order to protect the conscience of all citizens.

“Law enforcement officers take an oath to protect and serve all citizens,” comments David Williamson, Director of Central Florida Freethought Community, FFRF's chapter in Florida. “Displaying a preference for religion so clearly right on county property is a betrayal of that oath.”

This past July, FFRF and Williamson successfully defended the rights of atheists to deliver invocations before county commissioner meetings in Brevard County.

The Freedom From Religion Foundation is a national nonprofit organization with more than 30,000 members and several chapters across the country, including over 1,500 members in Florida and the Central Florida Freethought Community. FFRF’s purposes are to protect the constitutional principle of separation between church and state, and to educate the public on matters relating to nontheism.