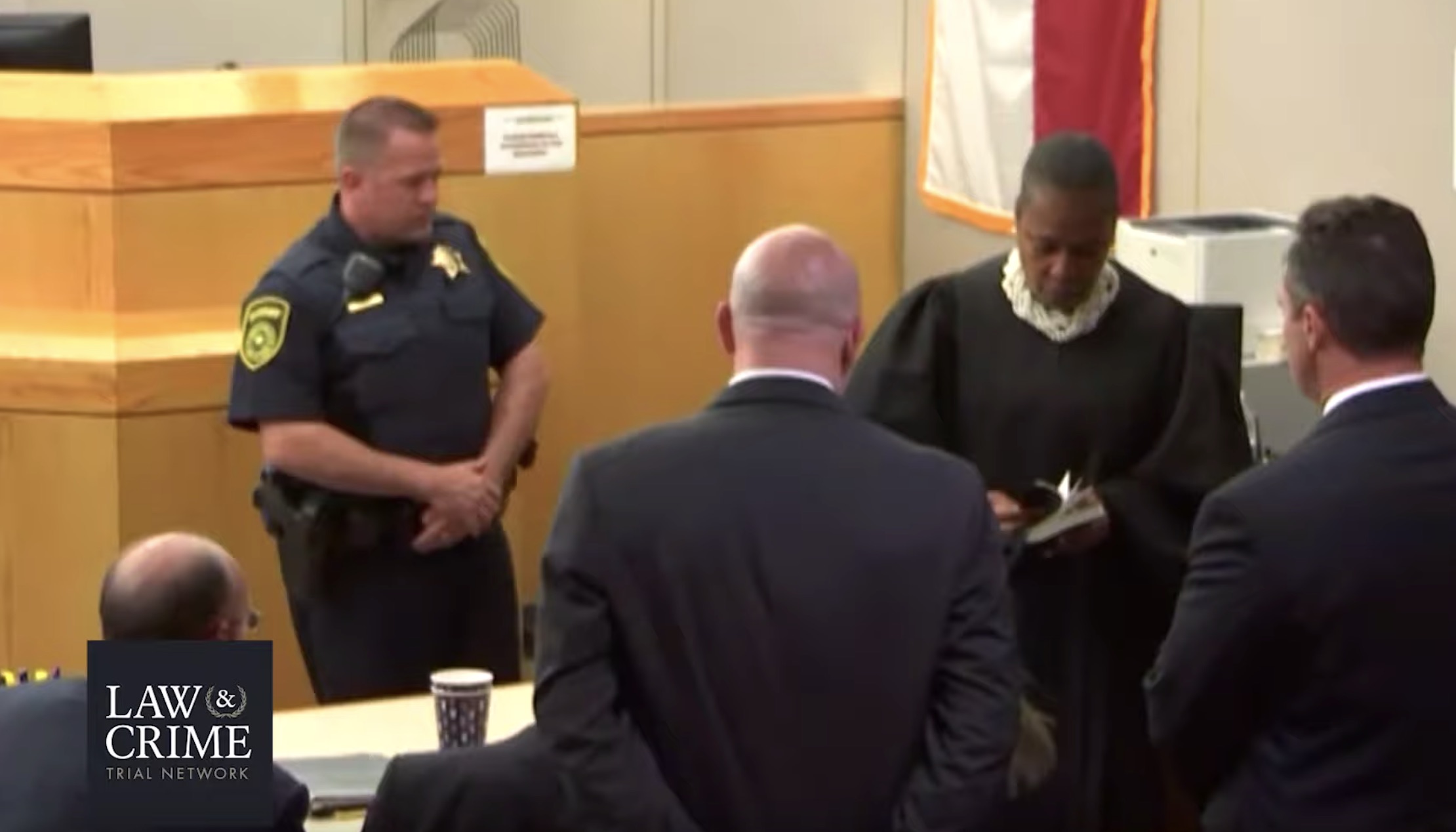 The Freedom From Religion Foundation has filed a complaint with the Texas State Commission on Judicial Conduct after the judge in the Amber Guyger case inappropriately proselytized to the defendant.

Judge Tammy Kemp tried former Dallas police officer Amber Guyger in her courtroom over the past few weeks for the murder of Botham Jean. FFRF is urging the commission to investigate Kemp’s actions at the close of the trial: gifting a bible, instructing a convicted criminal on how to read the bible and which passages to pay attention to and proselytizing and witnessing to that convicted murderer. These judicial actions were inappropriate and unconstitutional, FFRF contends.

Courtroom video shows that following the sentencing and victim impact statement, Kemp left the courtroom and came back with her personal bible. She then gifted her bible to Guyger, instructed her on how to read the bible and which passages to pay attention to. Kemp said:

You can have [my bible]. I have three or four more at home. This is the one I use everyday. This is your job for the next month. Right here. John: 3:16. And this is where you start, "For God so loved the world that he gave his one and only Son, that whoever believes in him shall not perish but have eternal life."

She continued, “He has a purpose for you. This will strengthen you. You just need a tiny mustard seed of faith. You start with this.”

Kemp then hugged Guyger and said to her, “It’s not because I’m good. It’s because I believe in Christ. I’m not so good. You haven’t done as much as you think you have, and you can be forgiven. You did something bad in one moment in time. What you do now matters.”

Government employees may not use the power and privilege of their offices to preach their personal religious beliefs, FFRF Co-Presidents Annie Laurie Gaylor and Dan Barker point out in a letter to the commission.

“It violates the constitutional separation between state and church for a sitting judge to promote personal religious beliefs while acting in her official capacity,” the letter reads. “She was in a government courtroom, dressed in a judicial robe, with all of the imprimatur of the state, including armed law enforcement officers, preaching to someone who was quite literally a captive audience. Delivering bibles, bible studies and personal witness as a judge is an abuse of power.”

FFRF notes that Kemp appears to have generally handled a difficult and widely publicized trial with grace and aplomb, but that her decision to preach the bible to a criminal defendant was a serious First Amendment violation and signaled to everyone watching that she is partial to Christian notions of forgiveness.

“We believe that our criminal justice system needs more compassion from judges and prosecutors, but here compassion crossed the line into coercion,” comment Gaylor and Barker. “And there can be few relationships more coercive than a sentencing judge in a criminal trial and a citizen accused and convicted of a crime.”

FFRF asks that the commission investigate these actions and educate Kemp on her obligation to remain neutral on matters of religion to prevent future misconduct.

The Freedom From Religion Foundation is a national nonprofit organization with more than 30,000 members and several chapters across the country, including over 1,300 members in Texas and a chapter in Dallas-Fort Worth. FFRF’s purposes are to protect the constitutional principle of separation between church and state, and to educate the public on matters relating to nontheism.