President Trump repeats lie about protecting religious liberty for all 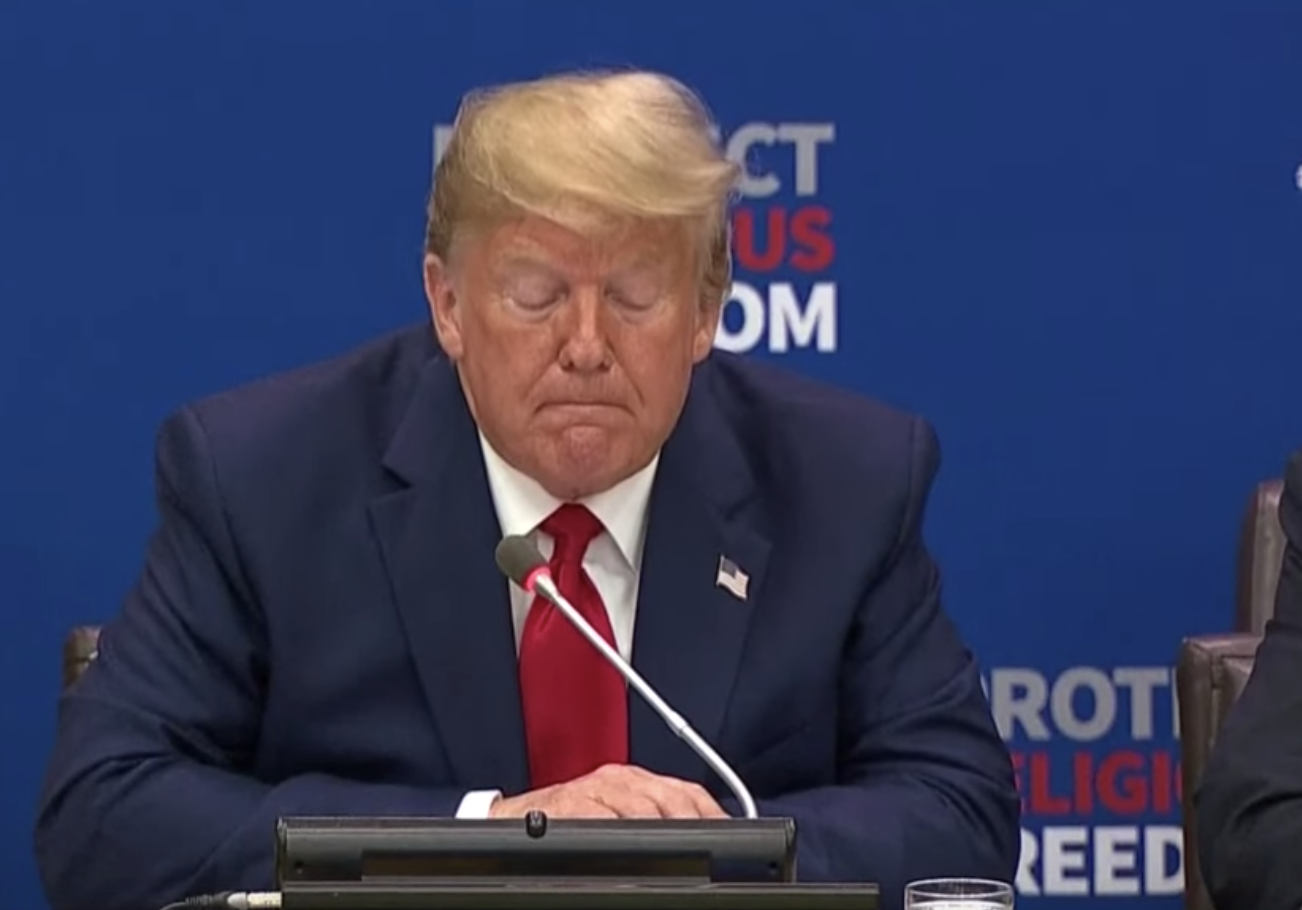 Instead of participating in a world summit on climate change, today President Donald Trump convened a session on worldwide religious persecution at the United Nations, in which he demonstrated a fundamental lack of understanding of religious liberty.

The speech at the UN’s Global Call to Protect Religious Freedom event was trumpeted as the first time a sitting U.S. president has given an address focused solely on “religious liberty” before the UN’s General Assembly.

Instead of participating in a world summit on climate change, today President Donald Trump convened a session on worldwide religious persecution at the United Nations, in which he demonstrated a fundamental lack of understanding of religious liberty.

The speech at the UN’s Global Call to Protect Religious Freedom event was trumpeted as the first time a sitting U.S. president has given an address focused solely on “religious liberty” before the UN’s General Assembly.

Vice President Mike Pence introduced Trump and a number of evangelical leaders were in attendance. Evangelical preachers Franklin Graham and Paula White were explicitly singled out for praise by Trump.

Trump also promoted the Big Lie that “The United States is founded on the principle that our rights do not come from government, they come from God. This immortal truth is . . . enshrined in the First Amendment to our Constitution’s Bill of Rights.” Of course, the U.S. Constitution says no such thing, being a godless and entirely secular document, which invests sovereignty not in a deity, but in “We the People.”

Trump called on the nations of the world to stop crimes “against people of faith,” and said that “America stands with believers in every country.” He entirely missed the point that the foundational American principle of religious freedom includes the right not to believe, which requires a government that is free from religion. Claiming that 80 percent of the world’s people live without the right to religious liberty, Trump missed the key point that the only way to ensure true religious liberty is by establishing a secular government that does not take sides on religion.

Trump announced a $25 million program dedicated to protecting religious freedom, sites and relics, partnering with the business community to “encourage people in the private sector to protect people of faith in the workplace.”

Trump ended his speech by asking “all nations to join us in this urgent moral duty – to honor the eternal right of every person to follow their conscience, live by their faith and give glory to God.” He made not one reference to nonbelievers and our rights.

During his UN speech, Trump made much of Secretary of State Mike Pompeo’s Ministerial for Religious Freedom, held in July, at which Pompeo announced his Commission for Unalienable Rights (predicated on the assertion that all rights derive from God). Trump noted proudly that he had met with survivors of religious persecution at the White House at that time. But strangely, he did not meet with Rafida Bonya Ahmed, the only American citizen and the only atheist invited to talk about surviving religious persecution at that ministerial. Ahmed survived a machete attack in Bangladesh by Islamist terrorists who killed her husband, author and atheist Avijit Roy, in 2015. Yet she was invited only to speak before a small workshop, not before the plenary like most survivors, and was transported separately to the White House, where she was basically stood up.

Ironically, while calling “on the nations of the world to end religious persecution,” Trump is persecuting LGBTQ Americans in the name of “sincerely held religious beliefs.” The current administration is waging war in the name of Trump’s Christian Nationalist allies against women’s right to contraceptive access, by forcing Planned Parenthood to pull out of Title X. The Trump administration is seeking to overturn abortion rights in the name of religion. While holding himself out as a beacon of religious liberty, he has banned Muslims from several countries. When Trump called for a “total and complete shutdown of Muslims entering the United States,” he obviously sacrificed the religious liberty of Muslims.

When the government allows discrimination in the name of religion, it endorses those discriminatory religious views, sacrificing the religious liberty of Americans who do not share their government’s preferred belief.

The guarantee of a secular government is a core tenet of America, which was founded largely on reflection of the manifold harms that come from mixing state and church. The Freedom From Religion Foundation is sounding the alarm that these lessons of history are lost on President Trump and his administration, which have a long history of fostering and promoting Christian Nationalism.

The Freedom From Religion Foundation is a national nonprofit organization with more than 30,000 members across the country. FFRF’s purposes are to protect the constitutional principle of separation between church and state, and to educate the public on matters relating to nontheism.